August 23, 2014
Another year has passed and it's time for Discover Dogs again! Last year, we went with Toffee and his family, this year, we brought Amber and Tasha along. 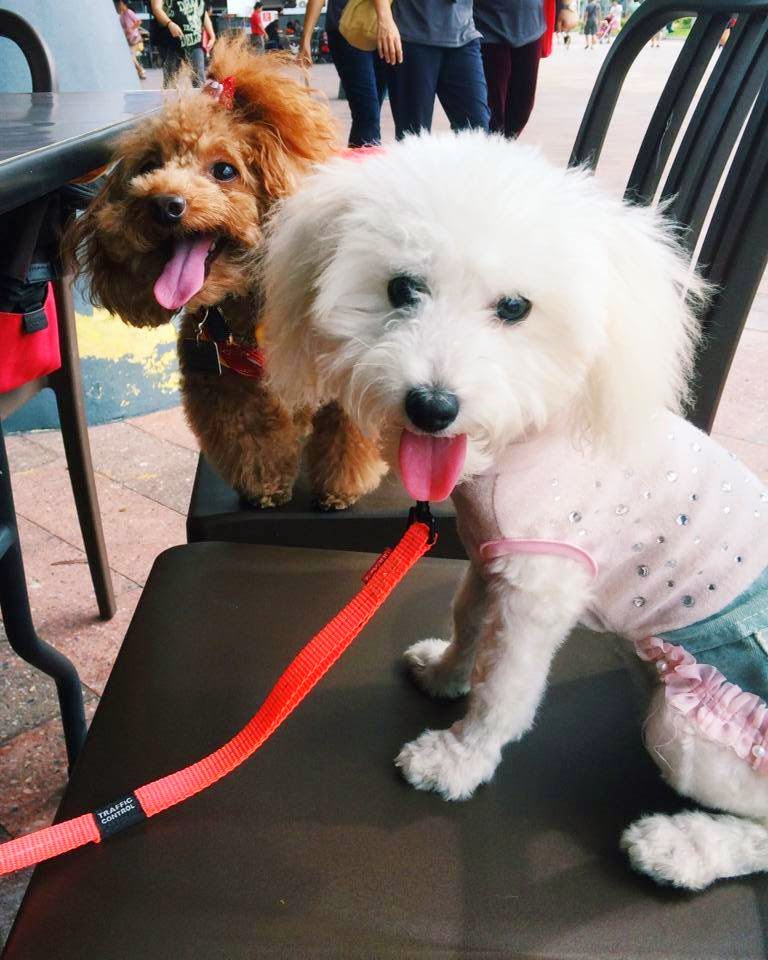 posing for the camera

As we were pretty busy with work, we reached late at about 1pm. Before leaving our place, we let Tasha and Amber wore some clothes, Tasha had no problem wearing clothes, we gave her the one gifted by Shinee's owner previously. As for Amber, because we were concerned about her tail, we gave her the red Chinese New Year dress that can be buttoned underneath for better comfort, it was supposed to be worn for just awhile, she seemed to be better with it after a few minutes. 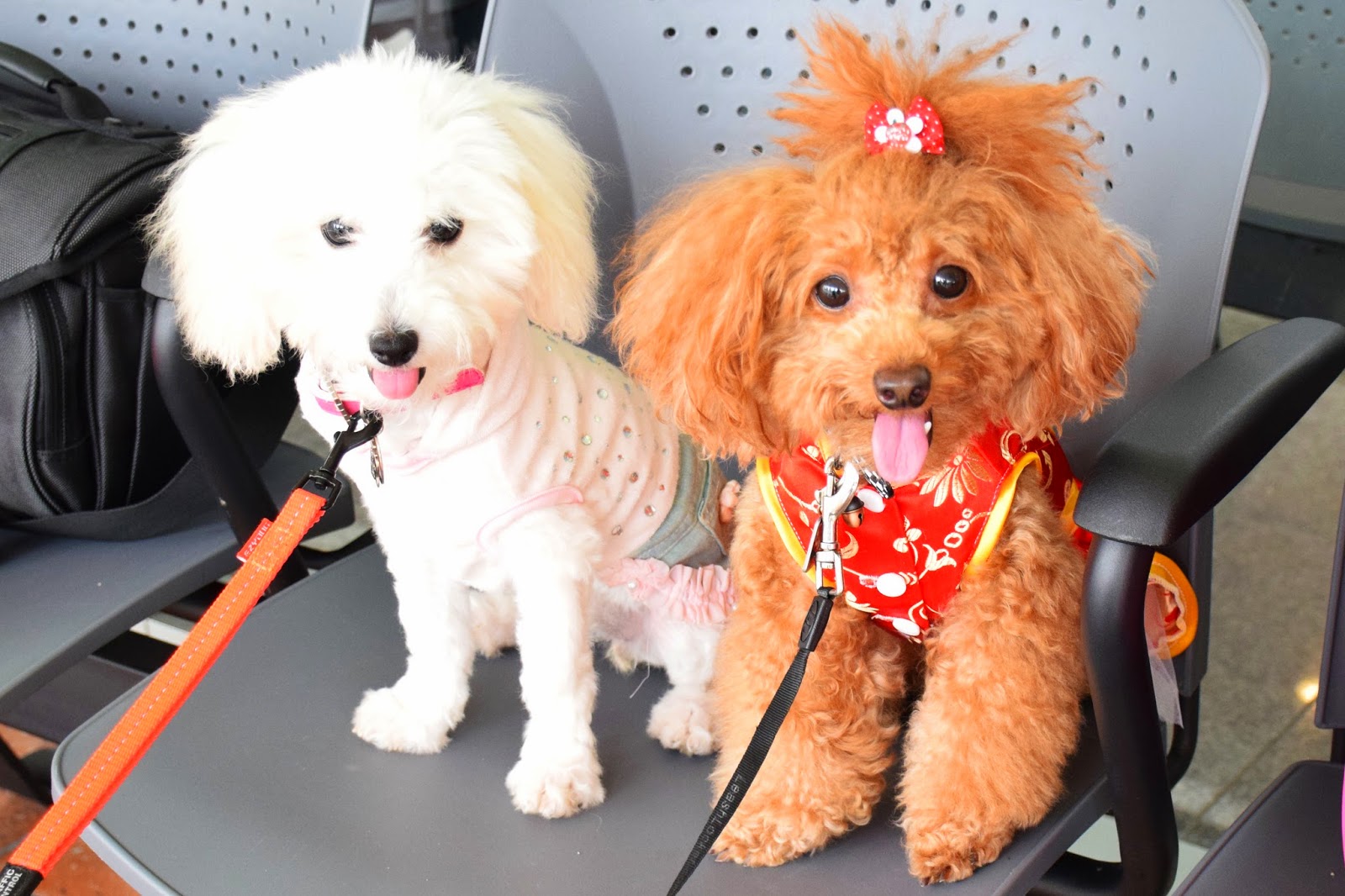 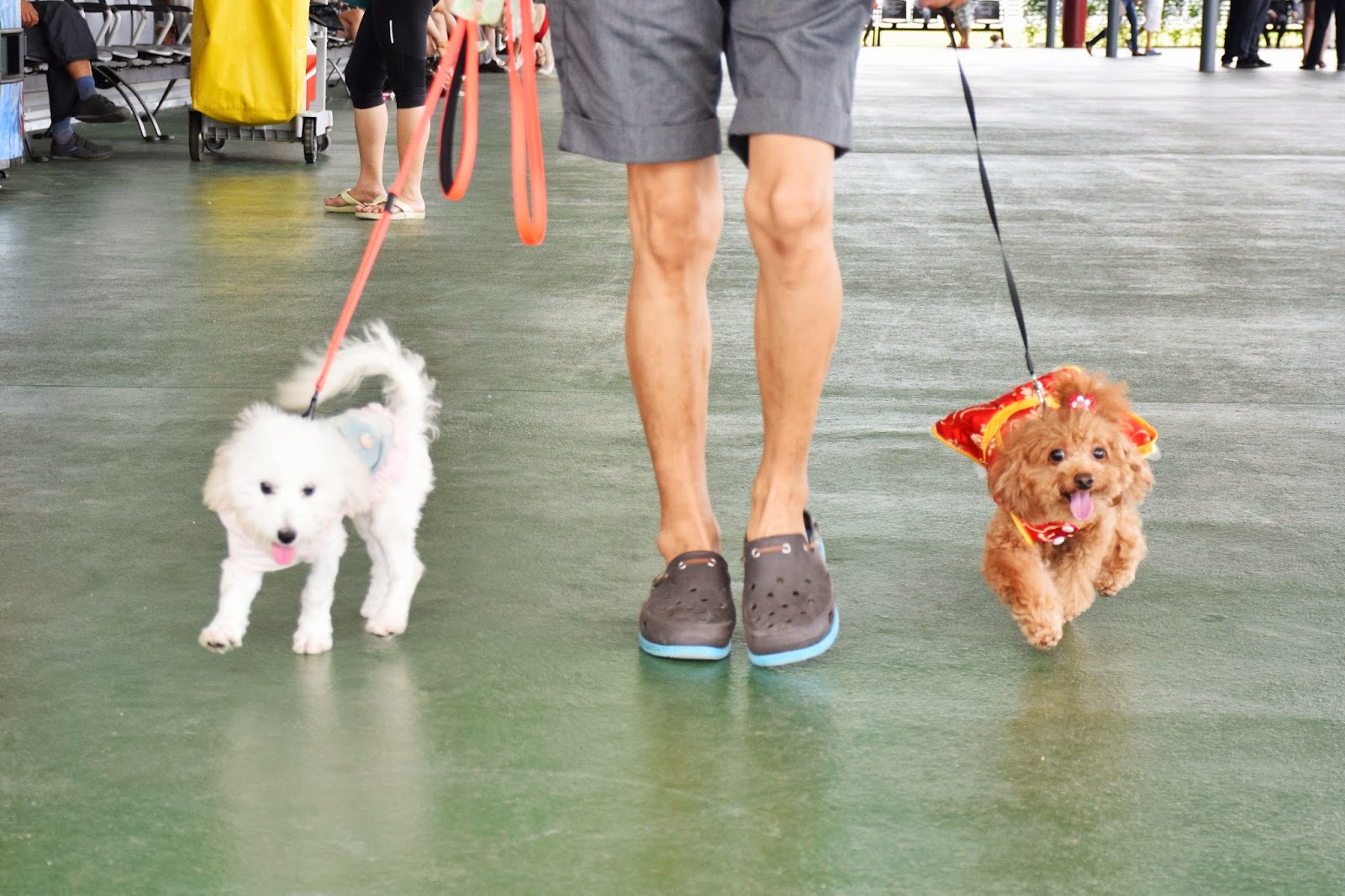 walk practice before going into the event hall

Our journey was smooth, friendly driver, both Amber and Tasha also did not create any problem in the cab, Tasha was busy eating her dental chew and playing with her toy inside the carrier. Once we reached, we could see a lot of dogs roaming outside the event hall, this time we also noticed that signs have been placed on glasses to stop owners from bringing their dogs into other areas of Expo, thus most were seen hanging out on the seats located near the taxi stand, we too rested there for awhile before going into the event hall. 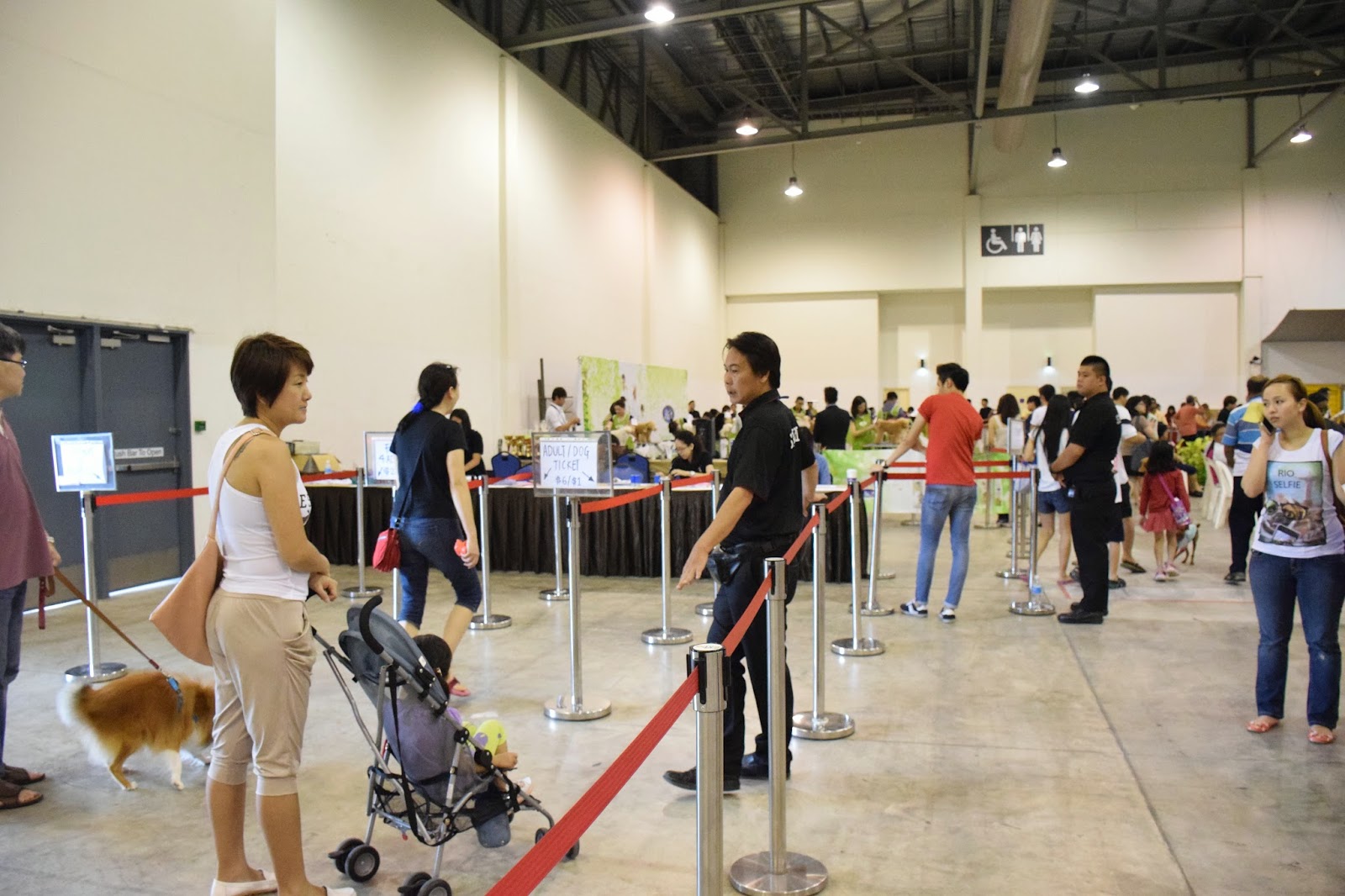 Upon entering the event hall, we noticed that there weren't anymore booths for purchasing and collection of tickets, they used back the traditional tables instead, which wasn't a problem for us as there isn't any queue at that point of time. The first impression of the event was tidy but small, there were only a few booths selling dog products compared to last year's event, we knew things wasn't going well. The good thing however was that speakers were now portable and can be brought to different areas when there is a need to speak, there were also more cleaners compared to last year, which we think that the organizers have done a good job in this area. However the competitions and events were exactly the same as last year's, grooming, agility, show and obedience, which we understand is a must as there are competitions going on every year, however for other programs it was the same too - German shepherd demonstration, eating contest etc., to add on talks program were nowhere to be seen, we love hearing talks and opinions from different trainers/adoption drive but we couldn't find such programs at Discover Dogs 2014, well we could've been too late for certain programs but it was obvious that there had been a huge change in this area. Booths selling dog products were limited too, we believe this happened because of the weak sales from last year's event, therefore we can't blame anyone but ourselves(the customers) for not supporting enough, when this happens the whole event became kind of boring. 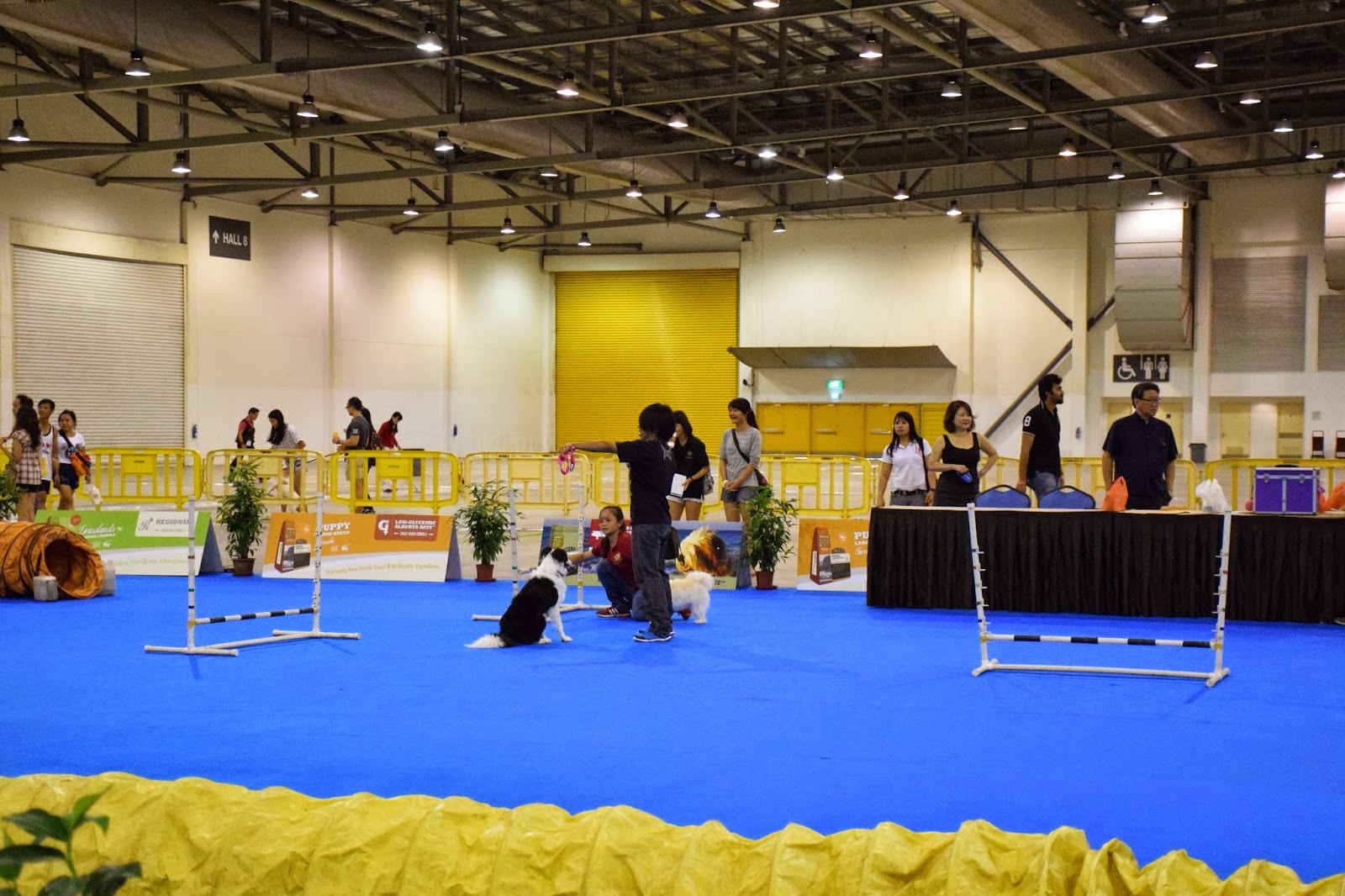 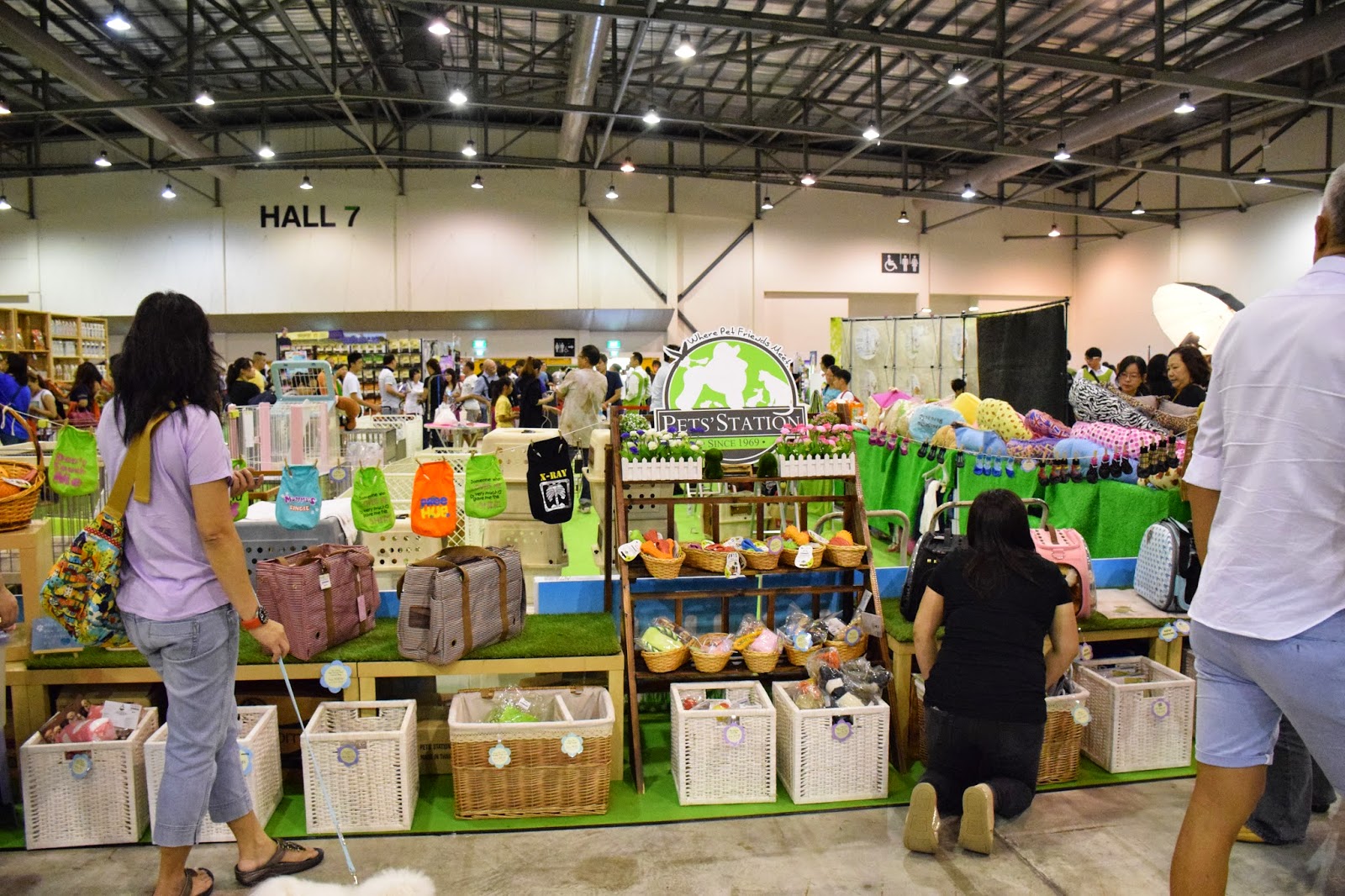 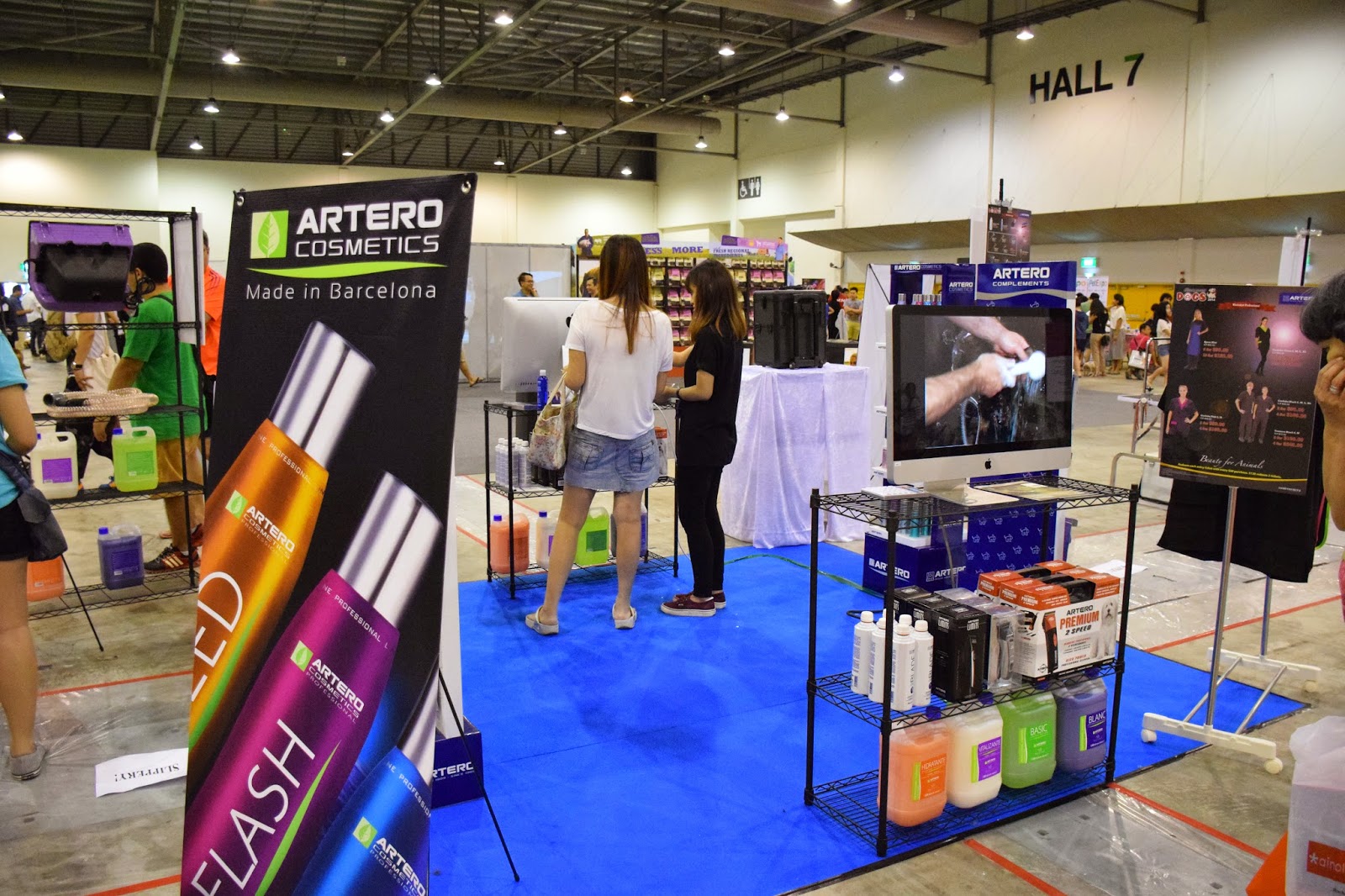 one of the unique booths 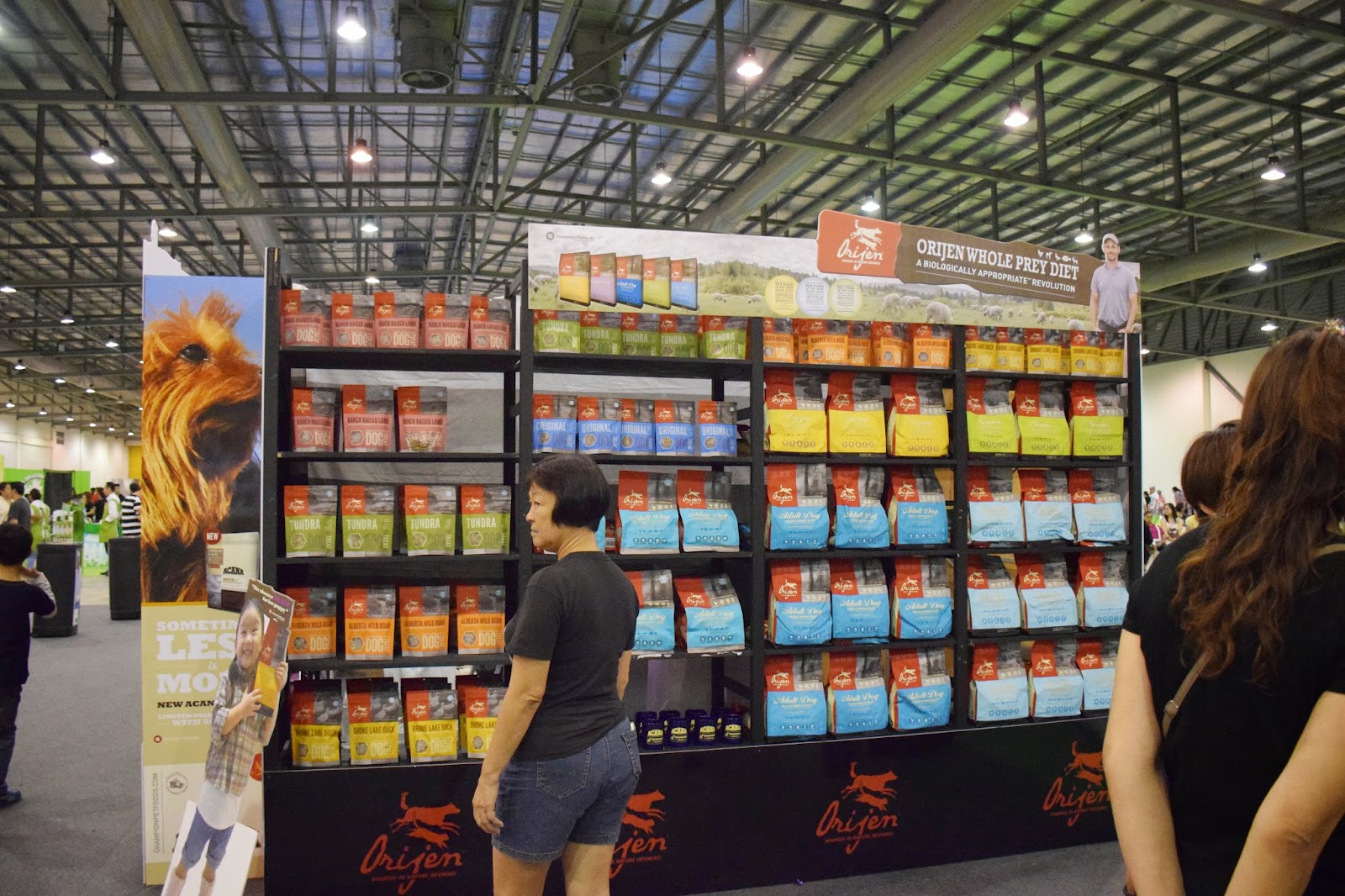 This did not stop us from our main goal however, which was to meet other owners and letting the furkids socialize, the whole hall was well maintained, less dog fights were seen and this was an improvement! During the event we also met Mocca & Milo's family, both of them still remembered us, they were excited but it was expected for their first event. We chatted for awhile before going for luck. 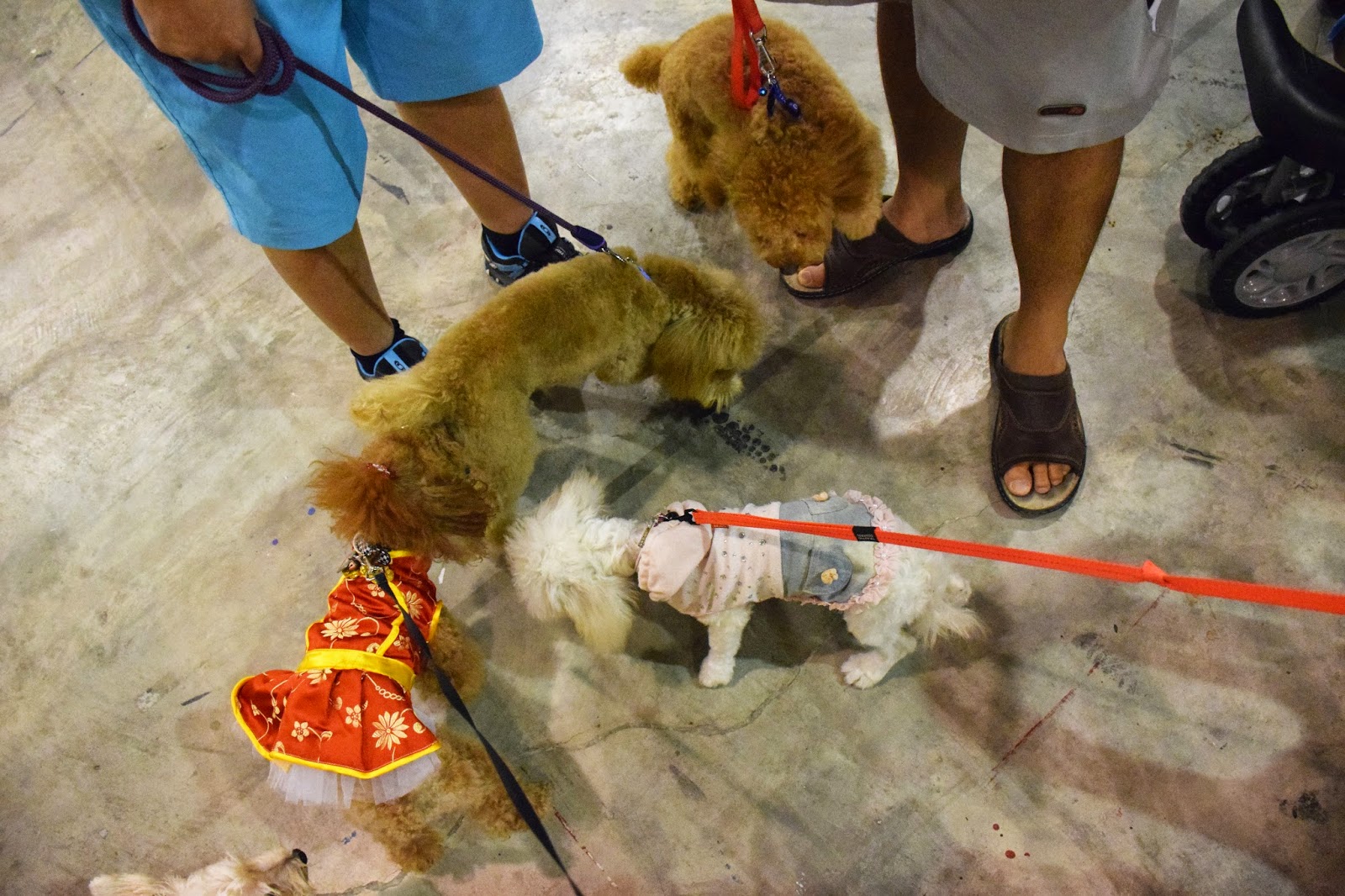 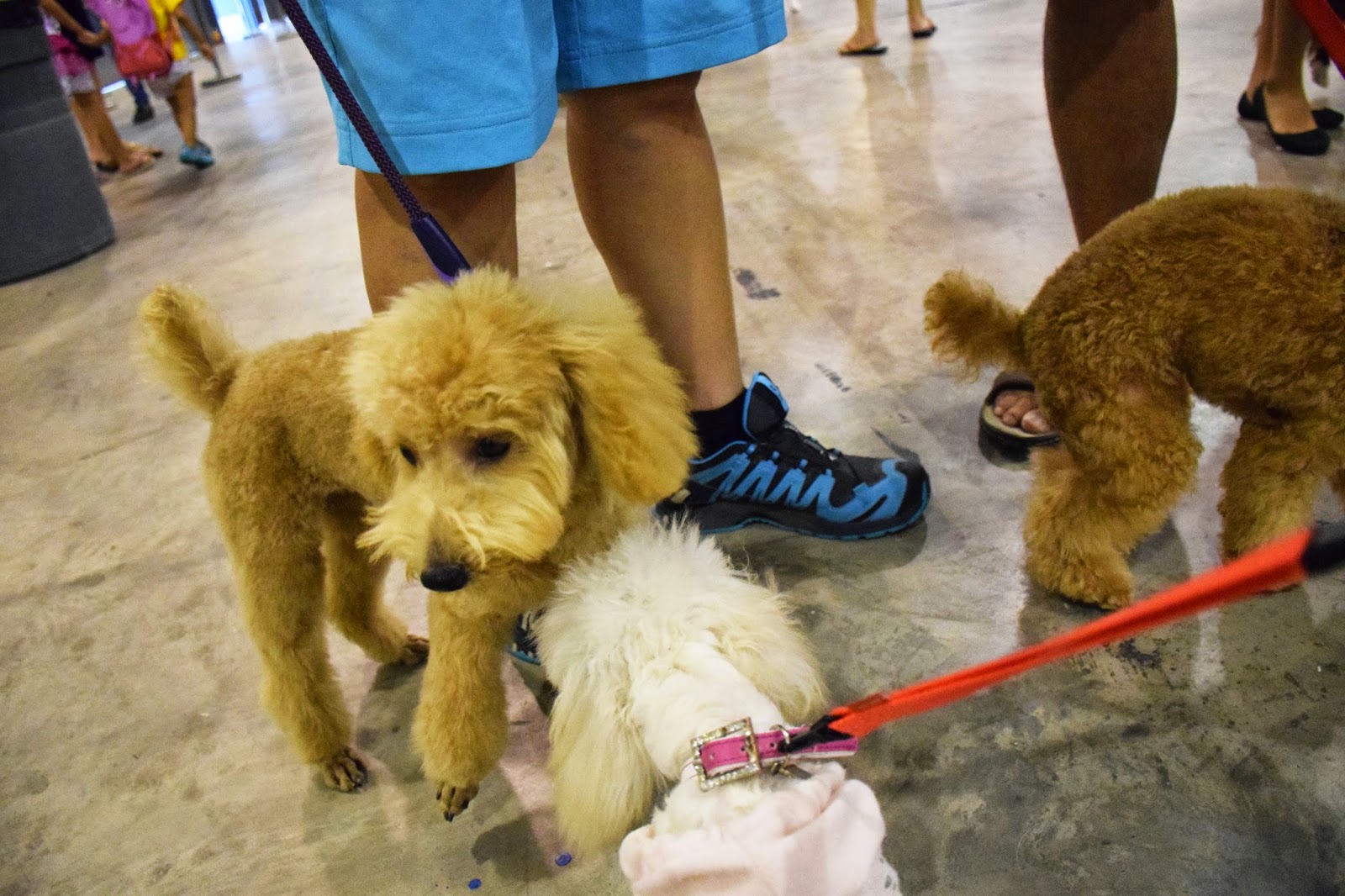 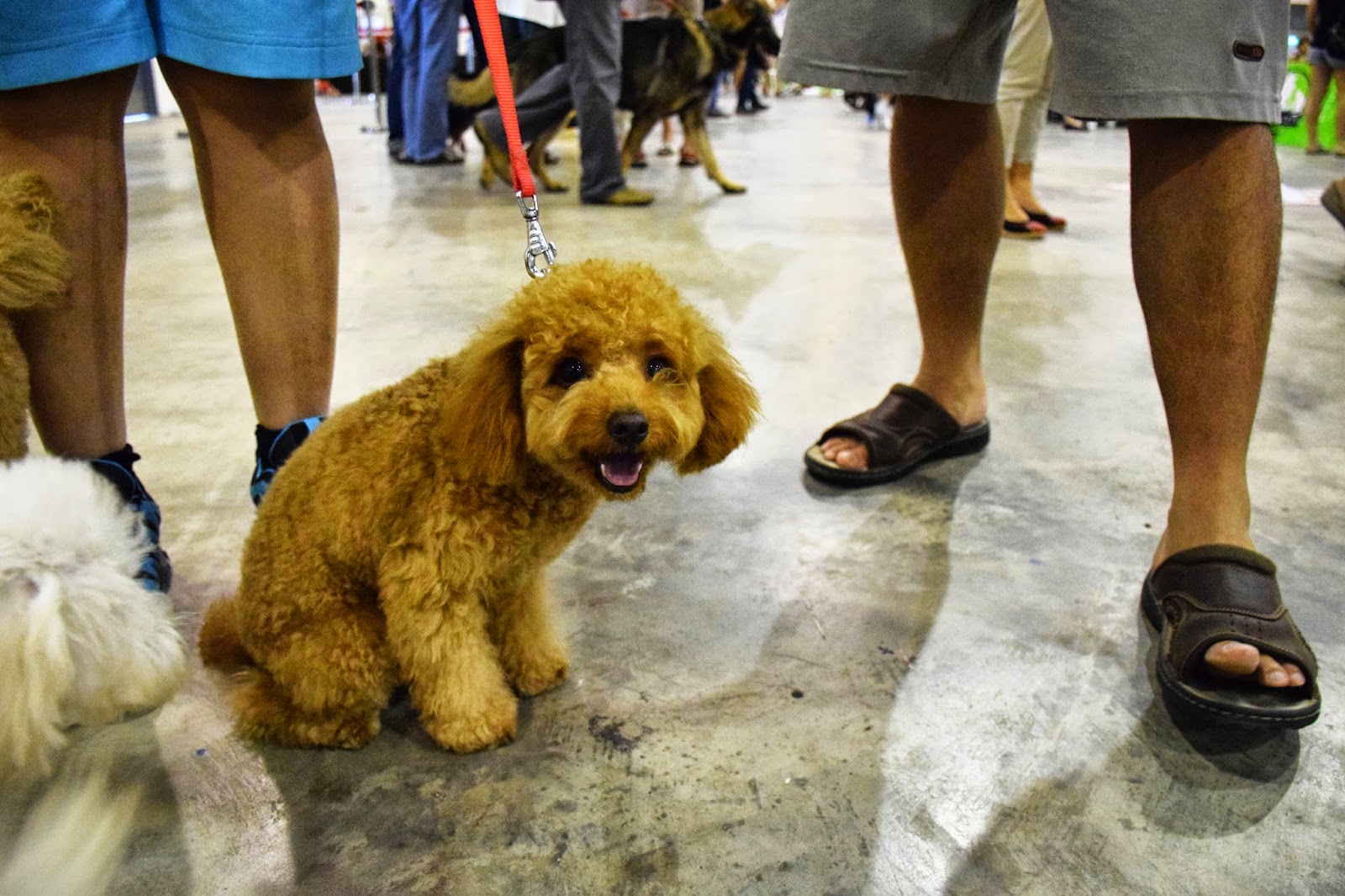 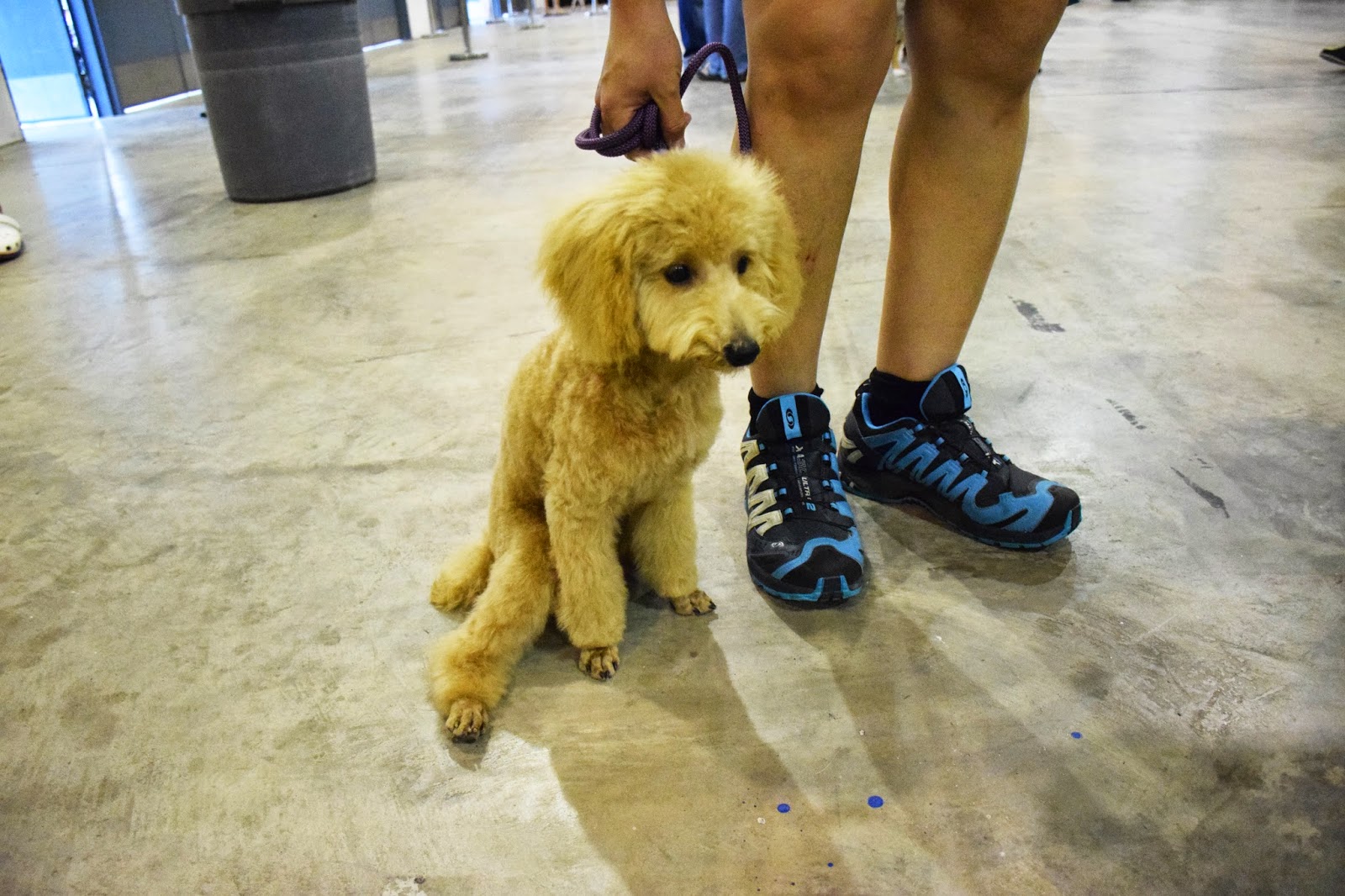 Overall, Discover Dogs 2014 was an enjoyable event, mostly for the furkids and less for owners, Tasha got really tired after an hour so we spent most of our time sitting on empty chairs and looking at other dogs. We hope that more booths selling dog products can be there next year! 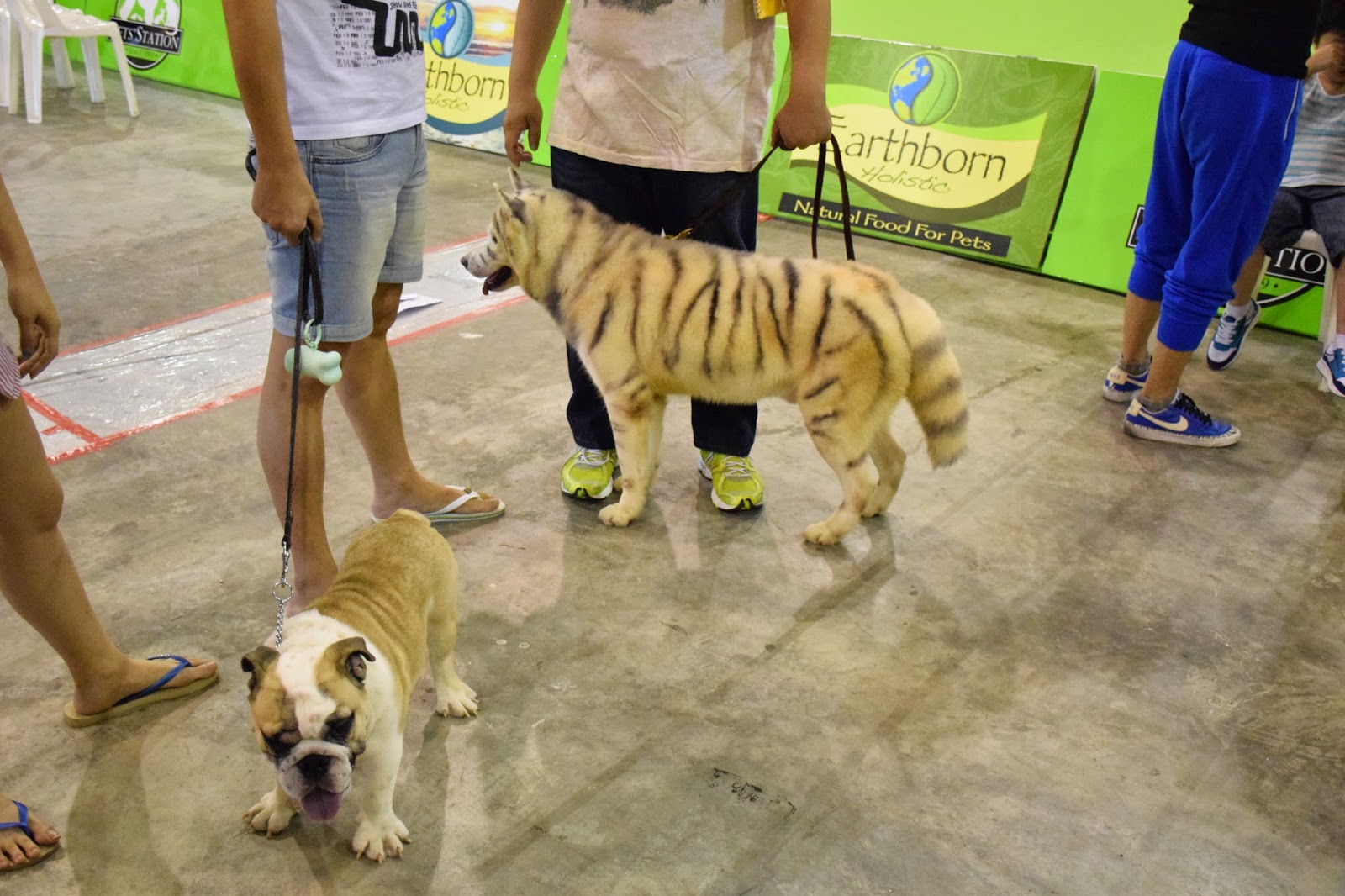 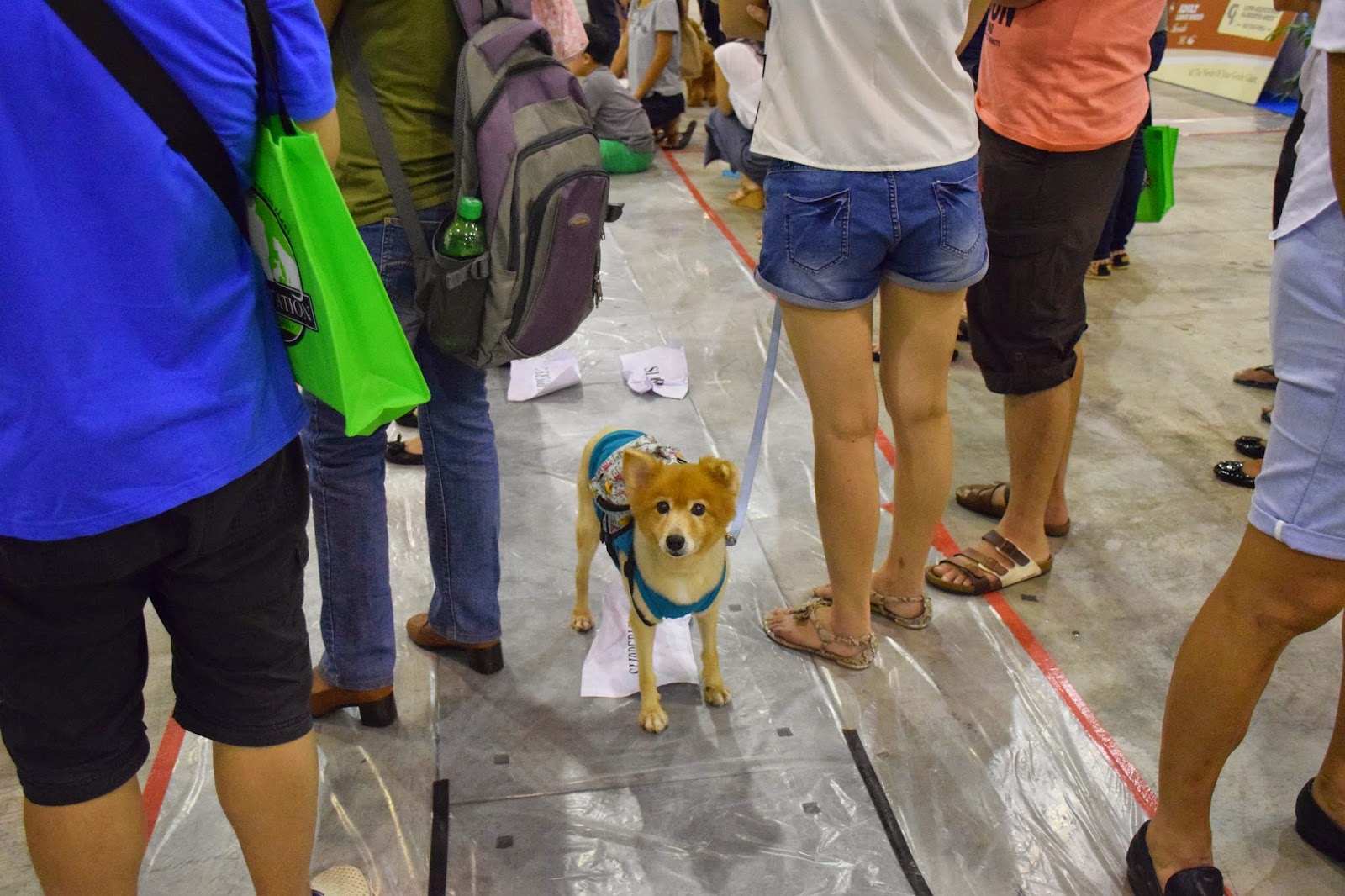 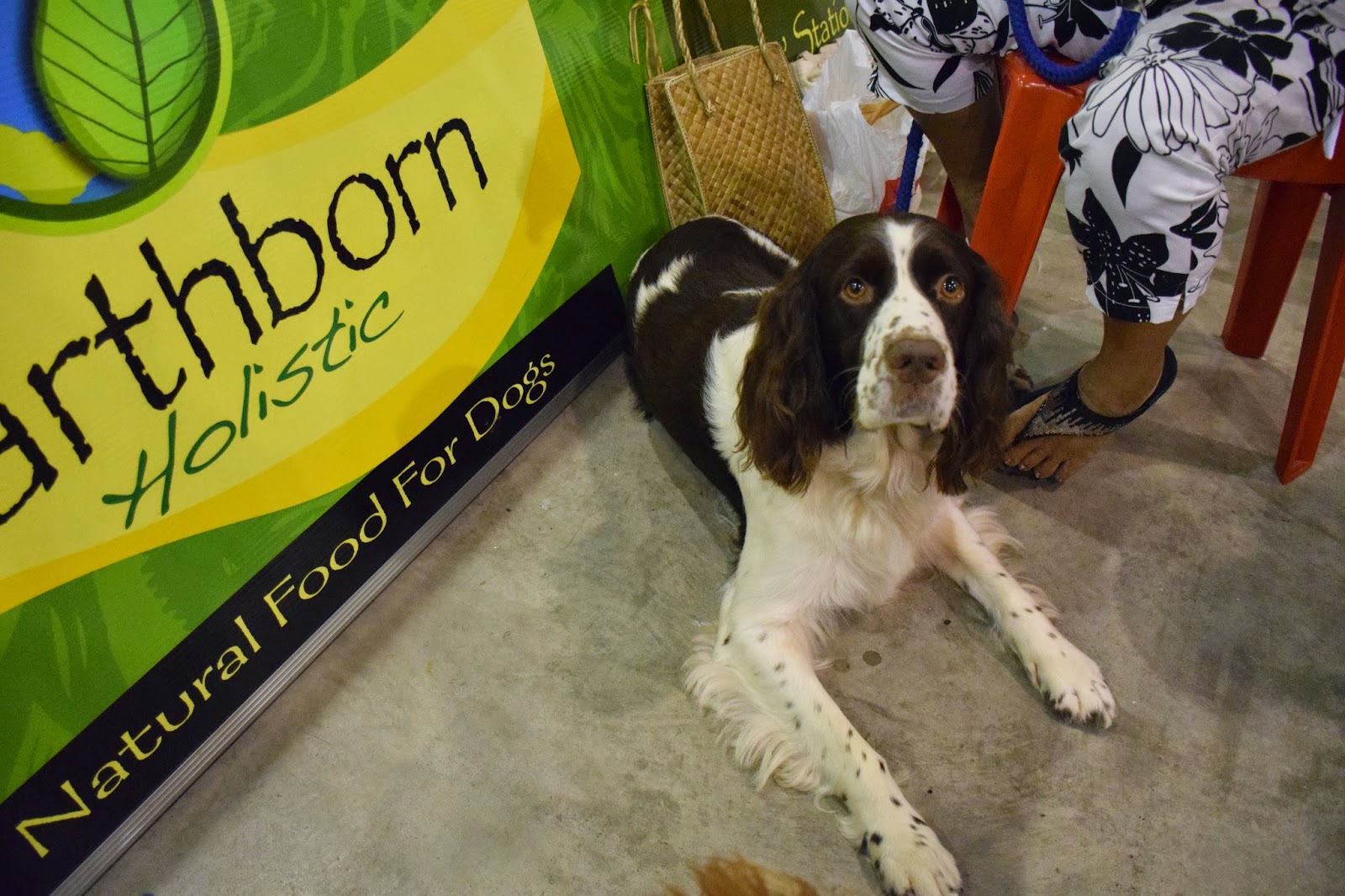