February 21, 2016
Having to choose between Australia zoo and Currumbin sanctuary due to our schedule, we selected Australia zoo in the end due to the overwhelming popularity. If we are not wrong, Steve Irwin and his family started Australia zoo to save wild animals and provide education to people all around the world. We got the tickets from Ozexperience and it came as a package called Australia zoo tour, however as the driver brought us to our destination we then found out that the tour was nothing more than a speech regarding the roads (not the zoo), which was about 2 hours. I called the management and asked why there were no tour, they simply replied that there isn't, just a package of transport and zoo ticket. 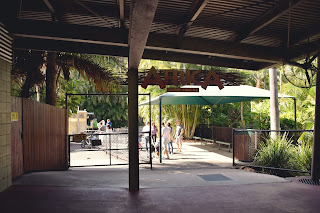 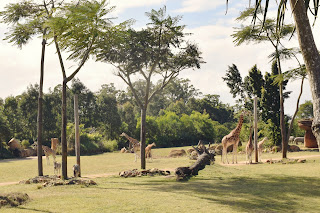 Upon reaching, we took a tram to the far end of the zoo as advised by the staffs so that we can slowly explore the whole place without having to waste time walking back and forth, though by doing so we would be missing the turtle feeding time. The tram placed us at the area called Africa, the concept of this place made us felt like we were in the wild instead of a zoo, there were no cages nor obvious barriers, everything was really huge and impressive! 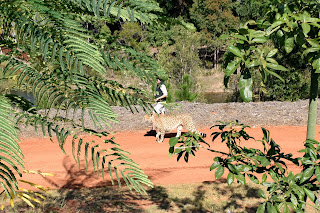 With luck, managed to see a cheetah out for walk on that day, what's surprising was that it was on a leash with it's trainer! Then we went over to Bindi's island, which is a treehouse, in there housed some reptiles including a snapping turtle. It was a bit sad because the turtle was cramped in a very small tank. At the top of the treehouse allowed us to truly see how beautiful the zoo was, however the stationed binoculars seemed so old that it couldn't be used properly. We proceeded down to find some lemurs hanging on the branches, they were literally in front of us without fence or cages, there was a staff nearby to help us locate some of the lemurs hidden in the tree. Moving forward we saw some giraffes and rhinoceros, they looked carefree and were running around happily, Bindi's boot camp was nearby so we went over to take a look, it was decorated like a real camp, they sold some food and drinks there. Unfortunately, Africa at Australia Zoo did not have any lions, but it still managed to keep us entertained for an hour. 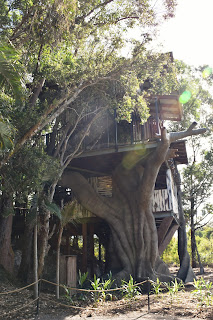 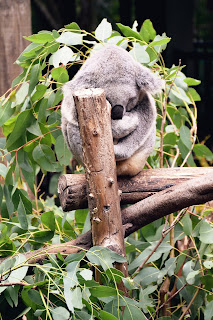 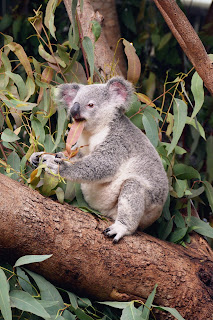 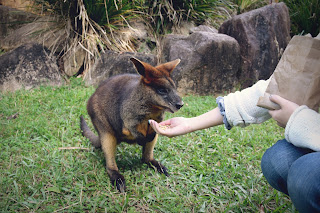 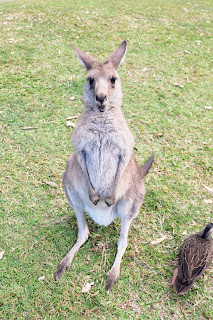 Next was the koala and kangaroo section, this was our first time seeing koalas so we were spending a lot of time watching how they eat and rest, they looked really adorable, just be careful of the sharp claws! At the kangaroo area we are free to feed, touch and even take photos with them at our own discretion. We bought the feed and started to lure them towards our direction, some were looking forward to the treats while others laid down like a boss, they'd only chew if you place the treats right in front of them! 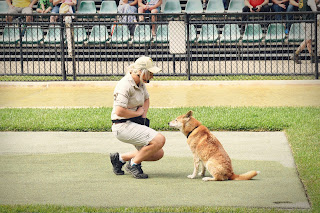 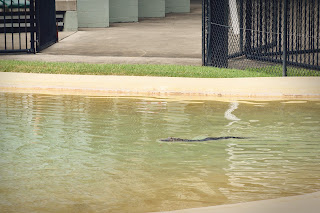 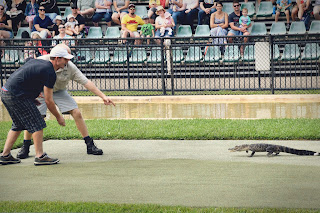 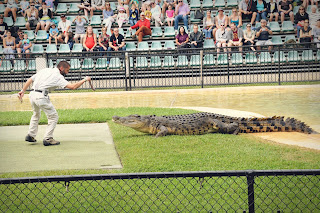 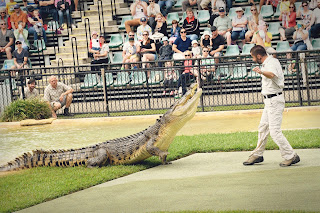 Afterwards, we went for the show and got to see different animals performing, the highlight was their famous crocodile feeding show, where trainers would show us how strong and fast crocodiles were, although it was really entertaining, the crocodile show at Australia zoo is not as exciting as the ones in Asia (more nail biting stunts), of course we do understand that the goals of Australia zoo is different from most places where animals are abused for money. Next was the together show, we stood behind a glass and the trainers would use milk (yes like cats!) to get the tigers to perform, there were 2 tigers performing and we got to see how big they were while standing up, they even  showed how these tigers jump and do simple tricks, for this it exceeded the one we saw at Mara (Indonesia).

Australia zoo is a must visit for all animal lovers, even though it is a bit far for those staying at Gold Coast, this place is still worth the travel!