February 03, 2016
During our night walk with Amber yesterday, we met a toy poodle who regularly goes down for walk with its owner, this dog was always running around off leash and almost got bitten by one of our guest that had aggression. After telling the owner off she tried to keep her dog on leash whenever she sees us.

However this time round the one walking the dog was a male, whom we supposed was the boyfriend/husband, the dog as usual was off leash, and the guy who was supposed to watch the dog was staring at his mobile screen the whole time! We could see everything going on as we were sitting at the playground, which was a distance away. Both of us were talking about the chance of the dog getting lost or someone kidnapping being high, and after a few minutes the dog actually disappeared, we saw the owner looking for his dog, and yet went back to staring his phone and strolling slowly, this time the dog had ran up a small hill (we could see better from far), owner started to look around and call out but he still couldn't find it. Shockingly, he walked away from the park and into the void deck, we don't even know what he was doing, the dog continued to walk around, mark everywhere and doing whatever it liked, we almost wanted to help take the dog but he returned after awhile, and luckily the dog was still at the park.

It's very common that dogs get lost due to owners being irresponsible, many that lost their dogs will remember saying "my dog will always return", and yet unfortunate things still happen. Is it very hard to put the leash on your hands and watch your untrained dog for just a 15minute walk? When dogs get lost these people start blaming on others that pick them up, if I were to throw a bag containing $1000 on the ground and walk away, do I get to blame people for picking the money up? If your dog runs away it is your fault for losing it, not the one that had picked it up, to many people dogs are not your children, to them your dog is a possession and is worth something, so as an owner no matter what you wish to define your dog as, children or possession, it is your responsibly to keep them safe and secure. 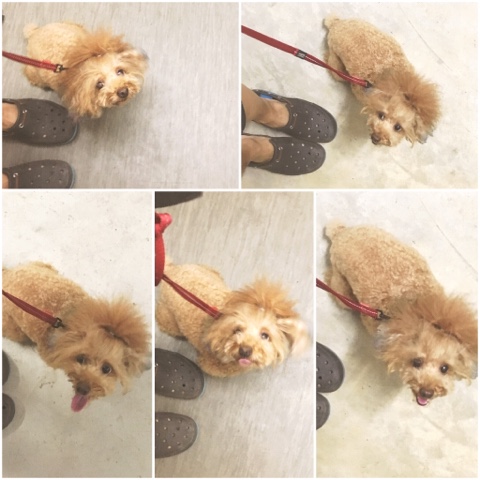