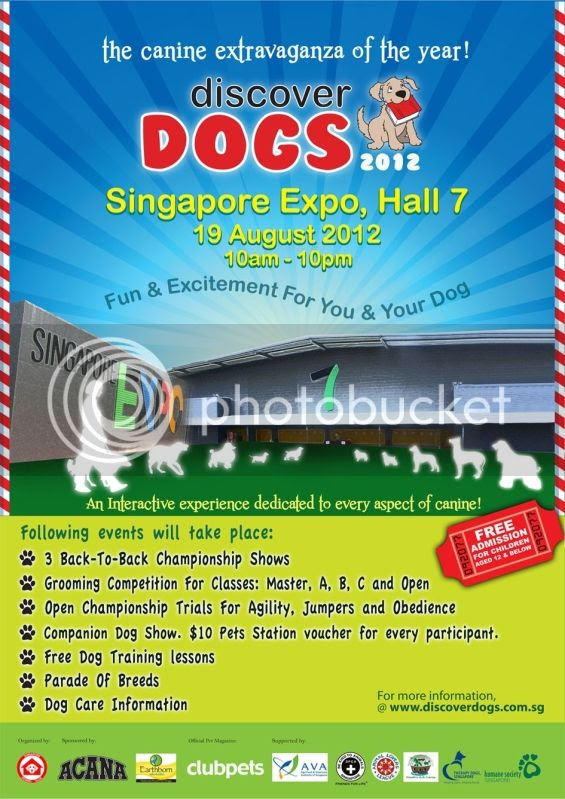 We saw this poster online, it was about the upcoming dog event at Expo Hall 7 on 19 August 2012. It was supposed to be one of the biggest dog event of the year, we decided to go and it costed us $8 each person and $1 for each dog. This is our first time attending a dog event and we had no idea what to expect, how Amber is going to pee and if she would get into any sort of trouble as this is a big event, there are many kinds of owner and dogs, some dogs are dangerous, some people walk without looking down etc. The first thing when i looked at this poster, i got frustrated by the layout and look of the design that i went straight to the website given to expect better information. Which was worst, this was the information i got: 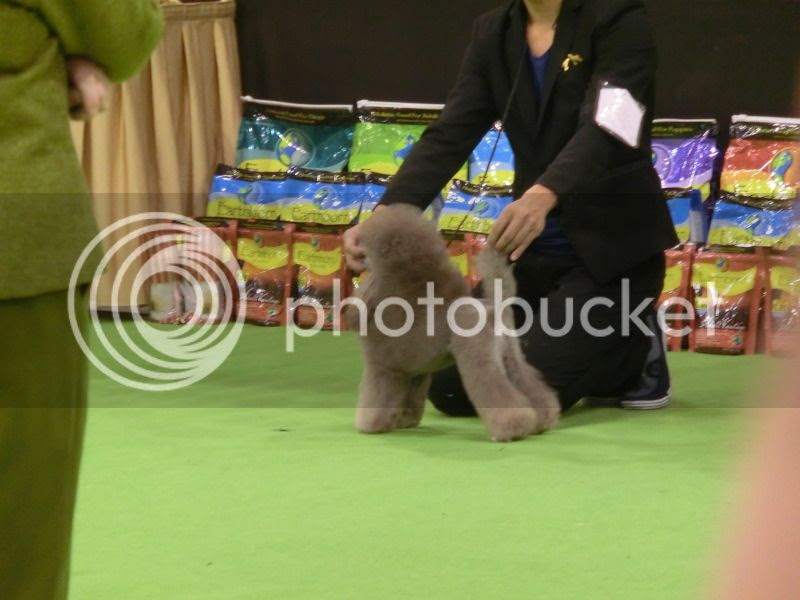 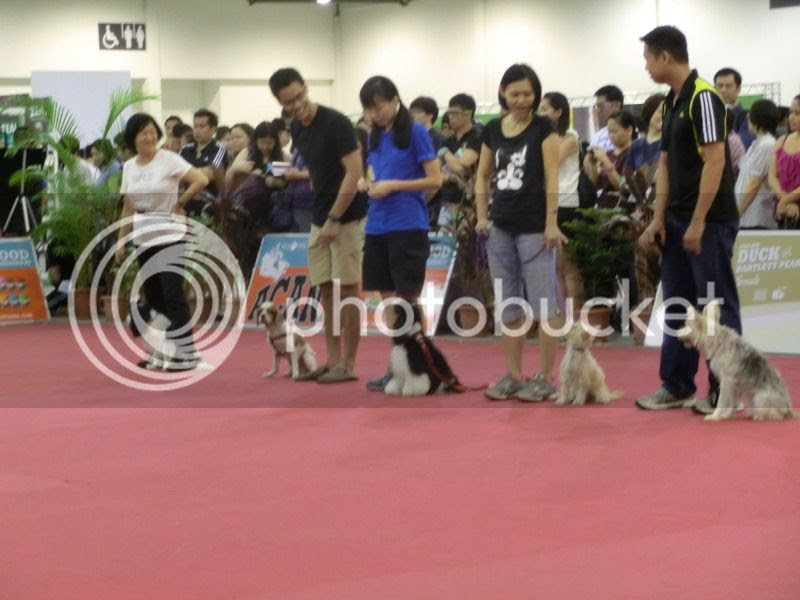 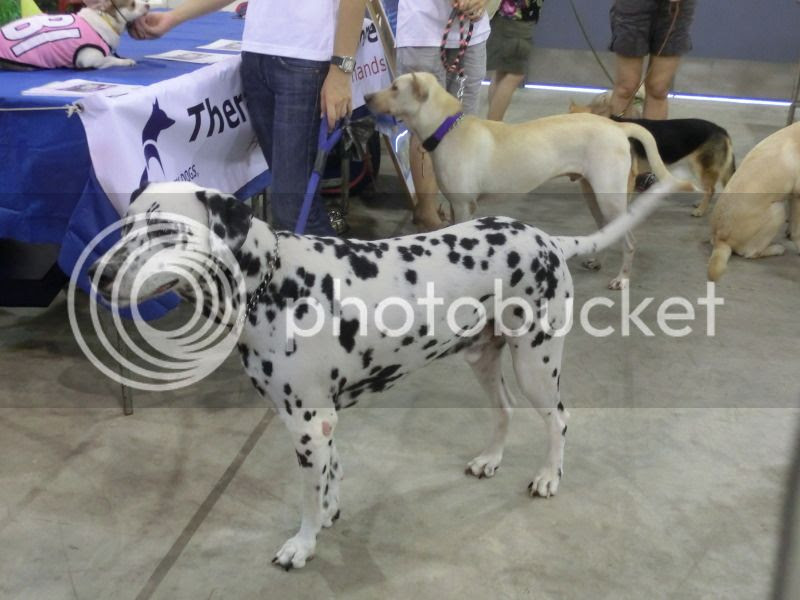 During the whole event, i'm glad to say that i walked Amber beside me 90% of the time except during some shows that i have to stand and carry Amber with me so that she could see what was going on. And also while she got tired and slept for 30 minutes. The hall was really huge, it was not so crowded at first when we went at about 10:30am but by 2 hours the hall was full of dogs, roughly 200. This was a challenge for me and Amber because other than Nex Playground she hasn't really went to places with lots of dogs, i knew she would be overexcited to make friends with her favorite animal - Humans, as well as smelling butts of every single dog she sees. However this was not very true, she behaved better than expected, she still jumps at people but considered less and only towards those we approach her closely. A kid commented on Amber when she jumped up, "wah this dog is overexcited". Obviously the kid knows what an overexcited dog is, and well Amber is one. Towards other dogs she just go frenzy smelling every single dogs she sees, i controlled her by forcing her back when she tries to smell them, and then approach the dog later to show that it is me who allow this behavior. 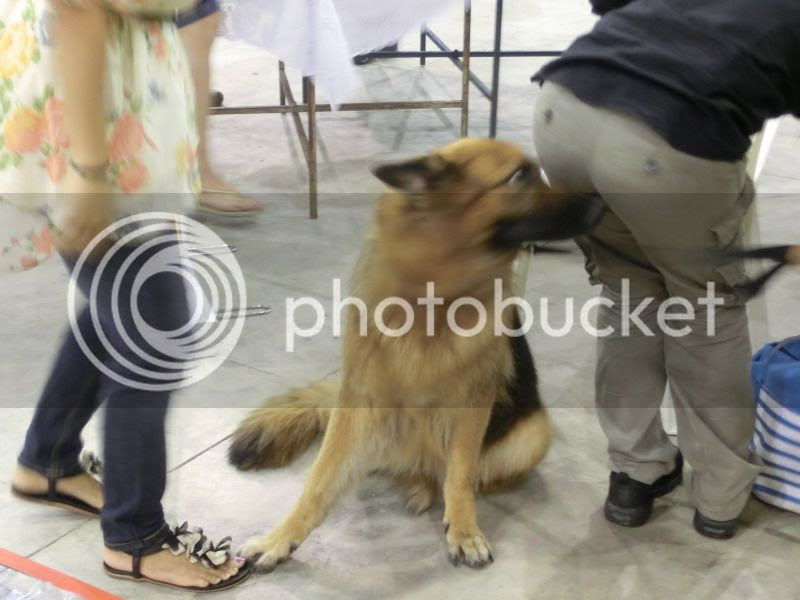 this is not Amber... 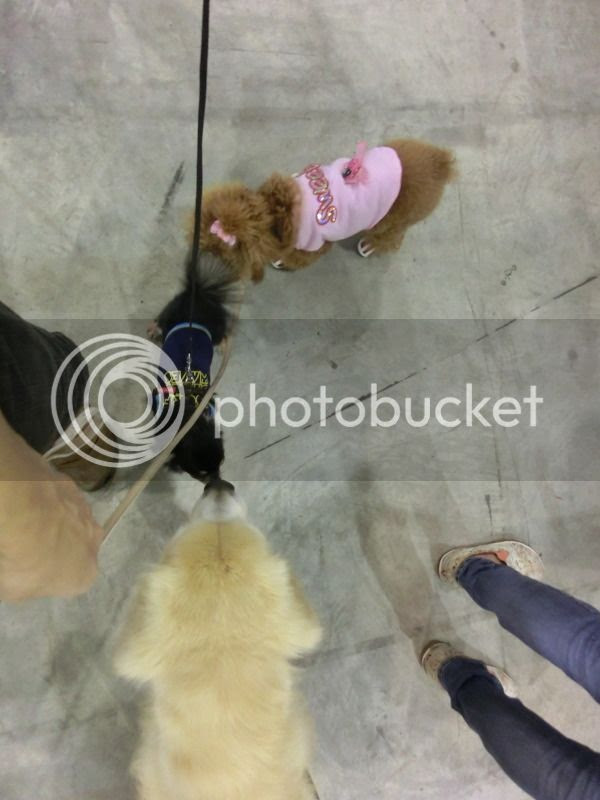 This was also the first time we saw an Alaskan Malamute, a super huge dog, and also great dane, which look impressive! Amber had no trouble smelling their butt except me being afraid that the big dogs would accidentally step on Amber, which the Alaskan almost did, and i managed to pull her back! 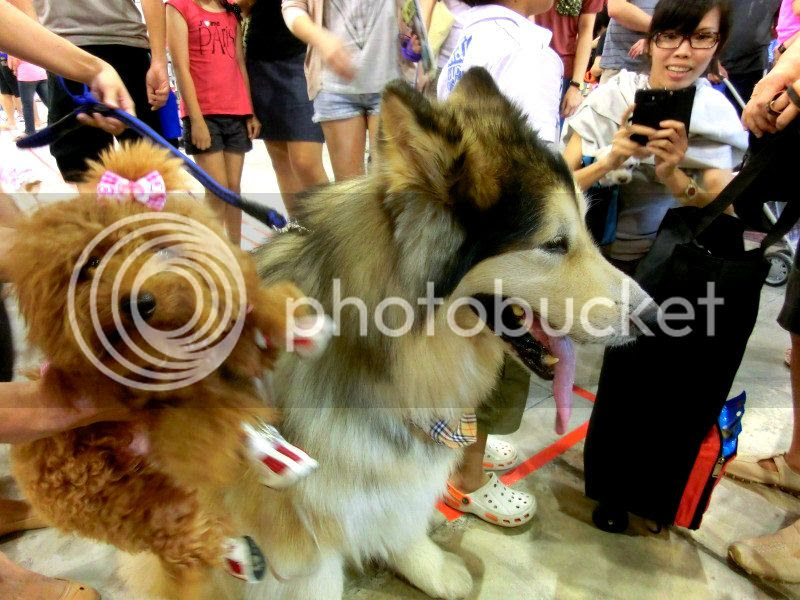 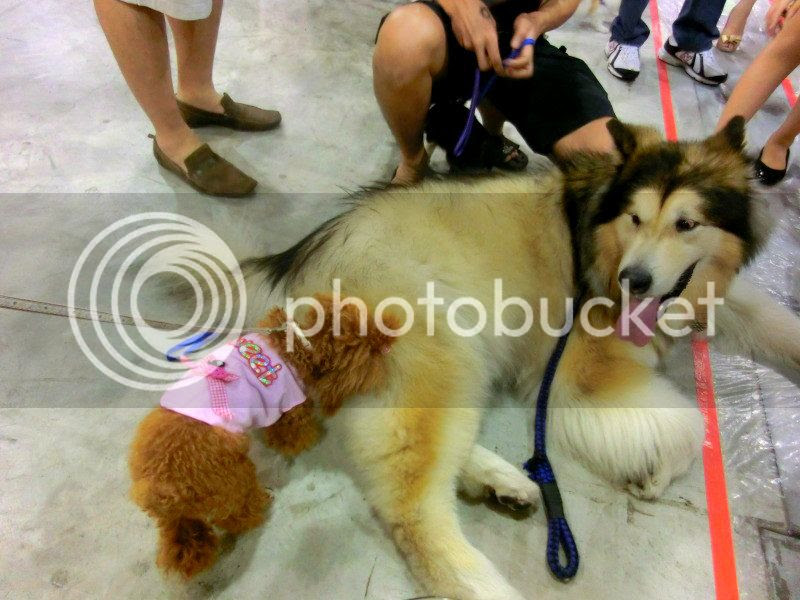 There's also this problem with the event, there were a few stages for different competitions but there was only 1 speaker at one corner of the hall, which was stupid as any host speaking at different booths would only be heard at that particular corner of the hall. We attended some shows and we couldn't even figure out what the host was talking about. There were also not enough chairs, we had to go from one booth to collect empty chairs and drag them over to another, hopefully next year would be a better one. 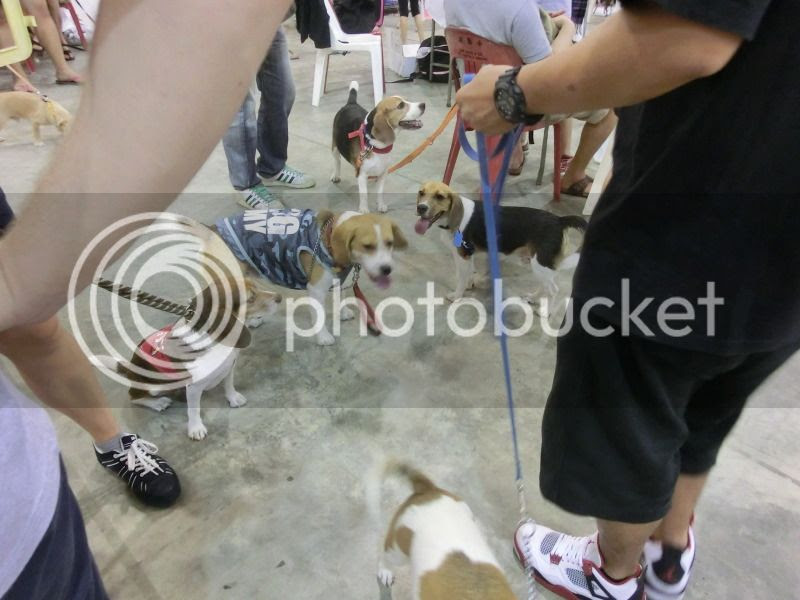 alright which beagle won cuz i can't hear nothing~

Overall the event was really enjoyable, we came back into the hall at 6pm and didn't need to pay $4, we decided to stay and see what the $4 was about, there was nothing special, except a competition about dogs obedience, it was really cool to see trainers put their dogs off leash and make them walk totally beside them, and walk forward, left, right and crossover without getting distracted, they could even leave their dogs behind and the dogs would wait for them. I wished to train Amber to be halfway this good! 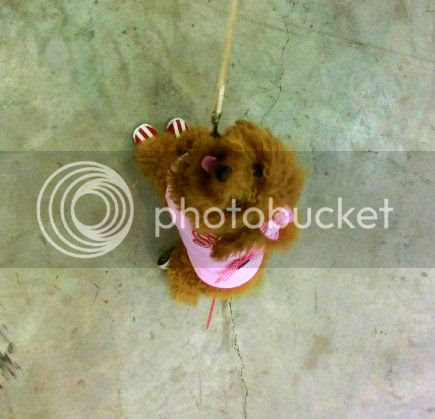 For more pictures don't forget to visit our facebook page at www.facebook.com/ambertoypoodle