Before you continue reading on, we just want to clarify that this is in fact just our personal opinion and view, we are not any representative or any sort of affiliation, if you are easily offended by any form of views towards, people, animals and/or animals treatment, please do not continue reading below.

Animals captivity
During our trip in Japan, we also went to Ueno zoo, this was one of the more popular zoos in Japan, it was really big and there were lots of animals there, however upon reaching we had already seen poor pandas being enclosed in glasses, it was still okay to see them in glasses but the problem is these glasses were divided into 2 parts, to separate the two pandas so that viewers will be able to enjoy more views. It was really sad to see this, and we could feel the panda's boredom, they were not really moving much, and when the staffs removed the dividers for feeding time, these pandas looked excited and happy to see each other, only to be separated again after finishing their meals. We did finish walking the whole zoo, and all the other animals were enclosed in really small cages, they (the zoo management) were not even trying their best to imitate the animal's wildlife environment, all there is was food, tiny space and a few breeds of the same species inside, the animals were always looking tired and most were not moving at all, it wasn't even winter at that time. 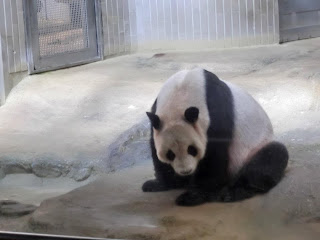 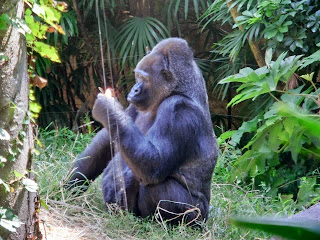 Life is meaningless to these poor animals, just look into their eyes and you will understand

We also went to the Kaiyukan aquarium in Osaka, where they boast to have one of the biggest aquarium in the world, this place was beautiful, the glasses to contain the marine animals was the best we have seen, really clean and clear, you feel like you are really inside the aquarium when you stand close. It was so magnificent and fun to see these animals until a point when we started to see dead sharks and fishes,eventually we got to see more dead fishes, or are dying, wasn't sure if this was normal. 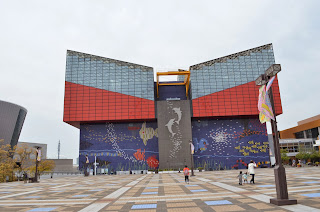 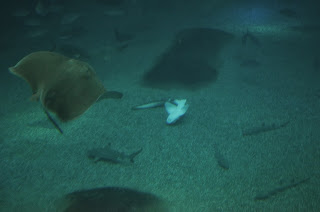 The main highlight for the aquarium to us was jellyfish, we saw a lot of species and they were all unique and beautiful, there was also a whale shark which was huge, and some hammer head sharks which we've never seen before. There happened to be a new section on the roof level, where people could interact with the animals, mainly penguins which we are not allowed to touch, and also rays, they were touchable and really gentle and friendly! We even saw some dolphins there, which made us think of a documentary called "The Cove", even though those dolphins at Kaiyukan didn't seemed to be abused, it left a pretty deep impression in our mind. 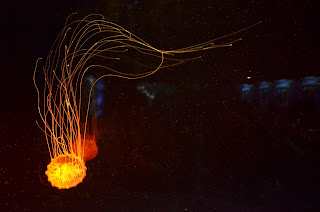 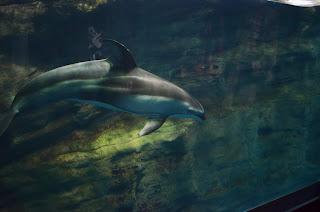 Next we went to Tobuzoo, it was a mix between zoo and themepark, in our opinion this was by far the best zoo in Japan, the enclosure was really spacious and most animals were not in cages, which made them looked free and they were always walking around, even interacting with us at some point! We visited the farm section for kids, where people were allowed to touch and carry certain small animals, one of the attraction was the chick section, we had one ourselves and put it back after a minute when we saw that the chick seemed very afraid, it liked us stroking but disliked being grabbed by so many people queuing to pick them, many kids were pretty rough and I think they scared the chicks. We then visited the guinea pigs section, where people can queue and put the guinea pigs on their lap, we took one and found the guinea pig hiding all the way, we gave it back right away. Upon leaving I saw with my own eyes, a father poking his fingers at the guinea pig, even pushing and laughing to his child, ends up the child giggling too and attempted to mimic his dad, it was horrible to see this, we skipped the rabbit section and the rest of the farm thereafter. 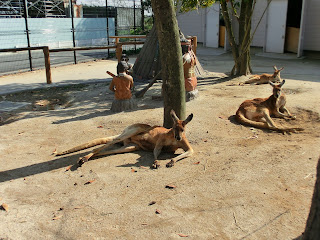 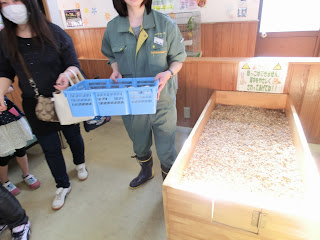 Our view of Japanese towards animals as a whole
Like everyone out there, Japanese loves animals, in fact i felt that they have more passion about animals than us, however we cannot stop ourselves from thinking about this, if you really love animals, why would you allow animals treatment like Ueno zoo, the children section at Tobu zoo, the frequent dead fishes at Kaiyukan, and killing of dolphins to happen (as shown in The Cove)? We think and believed that this happen because of market demand, people want and the management gives, nobody cares if a chick is dead just because a careless kid accidental drops it, since they will be purchasing a fake new one at the stuff toy store right beside, nobody cares if dolphins are killed because people get to eat more sushi, but people care if dogs/cats are abused, and it all boils down to demand.

We'll leave this up to you to decide for yourself, even so we as a tourist actually enjoyed our visits to these places, but a second time? Probably not! We do not discourage you to buy from pet stores, or visit zoos and aquariums, it is purely just an opinion of how things can change because of humans, at least we do know that our pets are safe in our hands and we will continue to do our part to make their lives better.