March 01, 2018
If you’ve been following our Facebook page, we recently shared a case on a toy poodle named Bubbles, who was euthanized as she contracted distemper. It got to her brain after failing to fight the illness for a couple of weeks.
Click here for the post

For general knowledge, distemper is a highly contagious disease that kills 80% of puppies contracted with it, there are no cures available at the moment. Distemper can trick the dog believing that it is well for a couple of days, and then fall sick out of a sudden, this can go on until the dog is finally too weak to fight the illness, then fatality will occur. The way distemper work is so tricky that even vets themselves may get fooled into believing that the dog is recovering from a mild sickness. Most distemper cases come from bad breeding practices and pet farms.

I first met Bubbles at a private training session, she was still 2 months then. The owner had just bought her from a home breeder and because she had not finished her second jab, we did all training indoors. At that point of time, Bubbles did not show any obvious sign, I do notice however that she was slightly less active than regular puppies. Since a vet had seen her before for the first vaccination, we thought it was just part of her character. Bubbles did everything well except for some anxiety, she followed commands, ate well and even played with us at times. If I were to force myself to think of something that could’ve linked to her illness, it would be that her playtime is usually very short and she’d always rest after that.


About 2 days after the lesson, Bubbles started to vomit, initially I thought it could be the increment of treats for training but her vomiting behavior got so bad that it was literally a huge pool of brown liquid. Her owner then brought her to the vet, in which she was suspected with parvo virus and stomach flu but the tests turned out negative. The vet did mention that early stages of diseases may not be able to be detected and recommended hospitalizing her. Bubbles was admitted for 2 days before being discharged, she was given some antibiotics, deworm and diarrhea medication. At this point of time I did suspect that the breeder already knew about this, but decided to let Bubbles’s owner focus on taking good care of her instead. 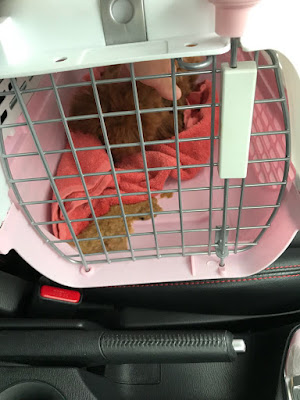 After Bubbles got better, we then arranged to start the second lesson. During lesson she did really well, responded to the commands taught and this time she even requested affection and initiated play with me. I even praised that she was an easy to handle furkid and told the owner that they would have a lot more to do once she finishes her third vaccination. In my eyes, Bubbles had a really bright future.

12 Dec
About 2 weeks later, Bubbles suddenly had an episode of panic attack, we thought it could be anxiety but she started to produce blood in her stool the next day. She was then brought to the vet and they advised to admit her again and also to go for another round of tests. When the result came out after a couple of days, Bubbles was unfortunately diagnosed with Distemper, vet mentioned that the incubation period was most likely when Bubbles was still at the breeder. The vet at companion informed that the survival rate for distemper is low especially for puppies, even if she recovers there’s a high chance of developing neurological problems. That being said, Bubbles owner decided to let her stay with the vet, hoping that she would recover, I supported the decision. 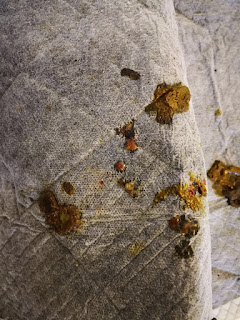 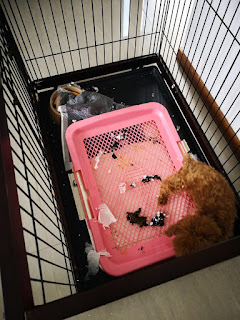 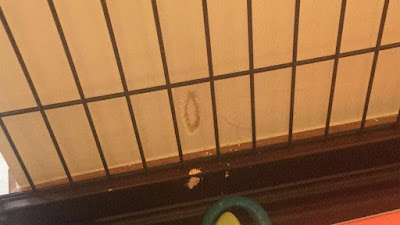 Chewed off wall from the panic attack

While Bubbles was still at companion vet, i visited her and she looked excited to see me! The staff handling her wasn't too experienced when questioned and i could see why, they were handling her at different shifts so the ones that are available will tend to her. Hygiene wise it was really well done, visitors would have to wear protective gloves and shoe covers as well as an apron to prevent spreading of any illness. Bubbles was kept in a storage apartment inside a consultation room, it didn't look very nice but i could see it was for safety reasons. I hoped my visit could help to cheer her up a little. 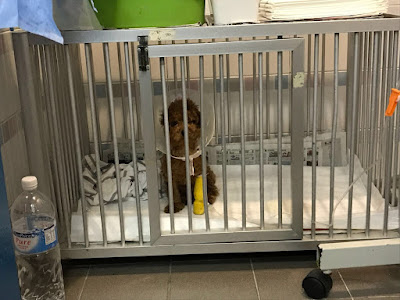 At this point of time, I started to do some background check on the breeder, she (breeder) told the owner that Bubbles was given birth by accident, meaning that she did not intend to breed. I tried dropping a WhatsApp to this number and was blue ticked but got no response. After doing some research online I found this breeder’s number coming up a number of times on locanto, and upon clicking the post would be removed. It was obvious that the breeder had been selling dogs and recreating new posts after each transaction. Other than toy poodles puppies being sold by this person, I sometimes see golden retriever puppies listed from the same number too. Everything was really fishy.

21 Dec
Bubbles was becoming active again and even drank water by herself, the vet at companion decided to discharge her so that she can be medicated at home! She seemed really fine and vet was wondering if this was just a small case of distemper, if so then she could’ve been cured.

26 Dec
Bubbles started to lose appetite, she did well before and I was told that she really enjoyed the wet food advised by the vet, the goal was to give her anything that will help boost appetite, to keep her body as strong as possible. At this point of time even with hand feeding she only managed to finish 10% of the serving. Bubbles was then brought to the vet and they suspected that she could be feeling nausea and having stomach gas due to antibiotics. Through this episode Bubbles dropped a bit of weight.

29 Dec - 31 Dec
Bubbles started to bark out of a sudden and moved her body back and forth, she also had blood in her stool and had to be force fed. She even fell while walking around the house.

1 Jan
Started to shake her head in the morning at about 12am. Brought to the vet and they mentioned that distemper had gotten into her brain, at this point of time the chances of survival is very low, if there are seizures then it will be advisable to euthanize her. 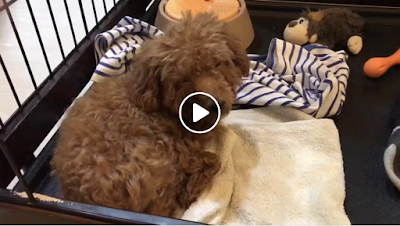 2 Jan
Vet advised to bring Bubbles home to provide her comfort and as much care for her remaining days. There will be much more suffering and pain if she is not euthanized. 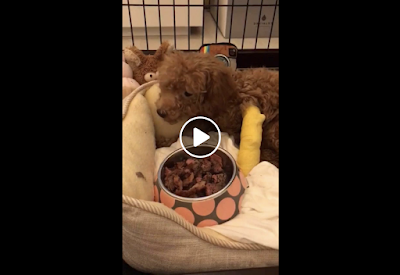 You did well Bubbles! 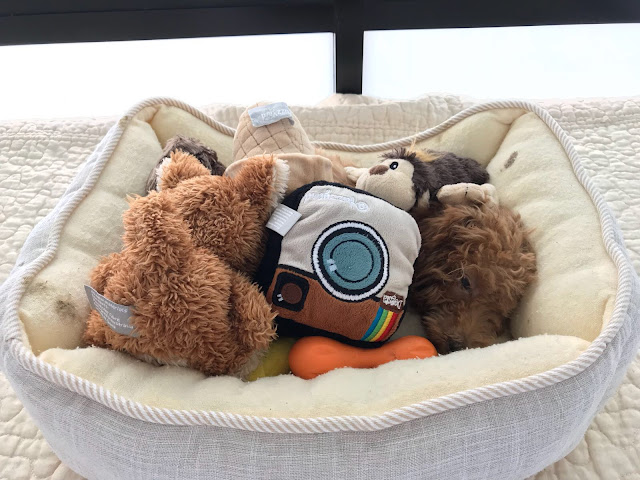