Just last year, Jonathan Tan Wei-De, the owner of Cuddles Cat Cafe at SCAPE was jailed 2 weeks for causing the death of 7 cats. 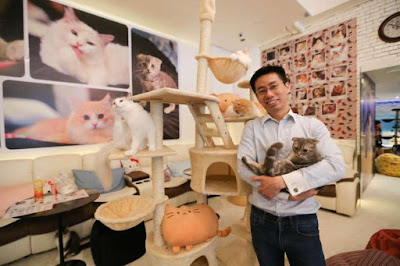 "Jonathan Tan Wei-De was the owner of Cuddles Cat Café at *SCAPE, which was shut in December 2014 — less than four months after it opened. TODAY reported at the time that seven of the 30 cats bought for the cafe had died before the establishment was opened in mid-September."
(source)

Most would've thought that Jonathan had learned his lessons - to stop making money out of these poor animals as it was clear that he had no experience nor passion for them.

Well, not for Jonathan. After his jailterm, he went to Bangkok to start the same business all over again. If I was Jonathan and i really wanted to squeeze income out of animals again, i'd better play safe and start taking good care of them right?

Uh, not for Jonny!

"A Thai netizen has now claimed that Tan fled Singapore with a loan (and his surviving cats) and flew to Bangkok to start a new pet cafe. Unfortunately, death, disease, and neglect seemed to have followed as well. This is what the dogs and cats under Tan’s care suffered, according to the exposé.

• No less than seven to eight dogs have died in a span of a month due to various illnesses and infections.

• Tan refuses to bring his animals to critical veterinary checkups and treatment, despite repeated advice from his staff and other specialists.

• Tan doesn’t keep the sick animals separate from the healthy ones, allowing diseases to spread.

• A kitten died because Tan let customers play with it at a very early age.

• A mother cat gave birth to a sick litter of kittens because Tan refused to bring it for medical treatment during its pregnancy." (source)

Apparently, the suspected Kitties and Bears Cafe decided to make a comeback by sharing their reasoning below:
"Dear friends of Kitties & Bears Cafe, we are aware there is a negative post going around.
We love all our animals here at Kitties & Bears Cafe and we take care of them to the best of our abilities. We have a vet that visits and checks up on our animals about 4-5 times a month, and we immediately send our pets to Pet Hospitals upon any situation. We only feed our animals with the highest quality food and we constantly sanitize the entire shop with disinfectants, dettol, and bleach. However, despite our efforts, we were unfortunate to suffer a case of Parvovirus spreading in our cafe.
This virus is the most common dog killer in the world, and the sad part is that it still has the chance of affecting already vaccinated dogs, with puppies carrying a higher chance of infection. Immediately upon the first signs of any illness, we seek immediate medical attention for our animals, but despite following all the vets instructions, some of our puppies still fell victim to the virus.
Where did the virus come from?
According to our vet, it had most likely came from one of the thousands of customers we have, and we despite anti-bacterial hand wash as well as hand disinfectants, it is still the most likely possibility. The virus could have also come from anywhere, like from a dog seller, or a staff who has dogs at home, or a customer who pet an infected dog at a dog shop or on the streets before visiting our cafe. It can even come from an unrelated visit to the hospital.
How many times have you read complaints about chatuchak, pet shops, pet farms, veterinarians, or even pet owners with animals? There is a very immediate tendency to point fingers at the owner and blame, even if the real fact is that the best care have been done" <-----ignorant and stupid excuse

Maybe like what i initially thought, the netizen could be lying, maybe the guy that own Kitties and Bears Cafe isn't even the same Jonathan. So, i decided to contact Itsarachai Beerleo Niyomrad, the netizen who shared the news. My first question to him was, "how can i be sure that the owner is the same Jonathan Tan Wei-De?

Itsarachai, who's english wasn't very fluent, decided to try his best by sending me photos instead. I'm going to let you decide for yourself if they are the same Jonny: 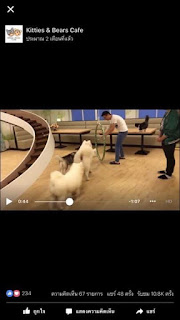 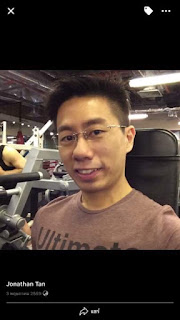 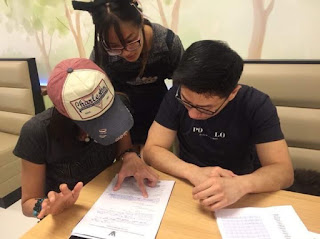 If that wasn't enough, i did a check online and found a few results. 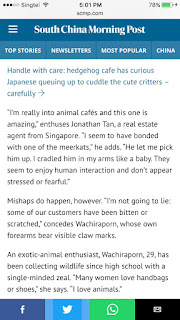 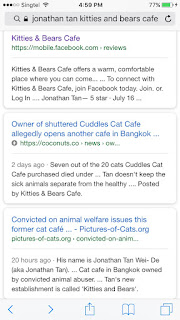 Last but not least, more photos of animals in the sickening cafe: 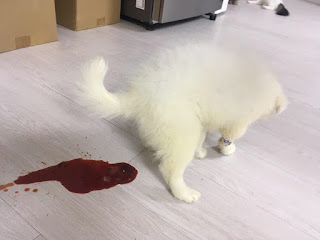 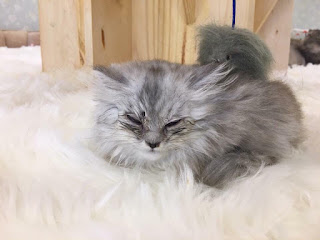 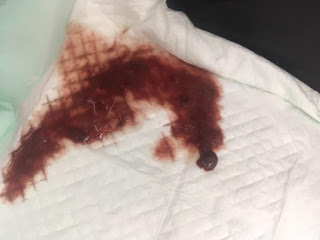 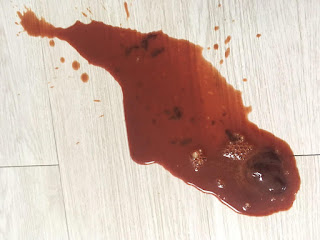 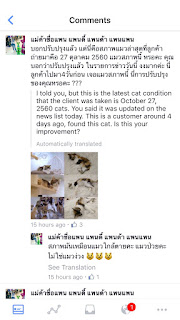 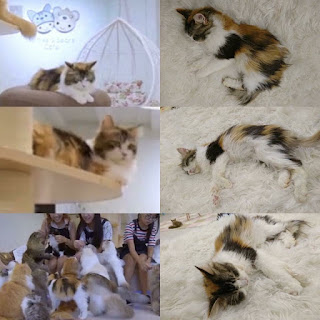