June 03, 2017
It's been awhile since we decided to change Amber's food, this time from Stella Chewy to Honest Kitchen. Although Amber did really well on Stella Chewy, it did not last long and after about 4 months, her poo started to became soft again, more especially when treats (including Stella chewy treats) were given.

She is reaching middle age at 6 years old and not as active as before, I mean she is really active for her character but it's obvious that she is not as energetic as before. She doesn't play catch as much and even if she does it would not last long now. Could be that her current energy has contributed to her lack of tolerance on raw and high meat content food. So after doing some research, we decided to give Amber Honest Kitchen to try out. Honest kitchen is under the dehydrated food range, their food is dehydrated first, then grounded for easy consumption. FYI the series we chose - Honest kitchen embark had about 40% meat.

So I did a search online to find a store selling Honest kitchen and came across one that sells at really competitive price, they also didn't need large orders for free delivery. After selecting my items and made payment, I received an SMS the following day saying that the food I wanted was not available! Amber's current food was finishing in a few days, I quickly asked if I could change to another series but none of the Honest kitchen products enquired was available either. I then asked for a refund and the seller told me to change to another product at similar price. What the hell, it's not my fault and they expect me to get credit instead? I told them off and got a full refund in the end.

The second attempt at searching, I came across Kohepets. We've ordered from Kohepets when Amber was still a puppy, compared to other stores they were much friendlier and on time, I remembered them even asking if we wanted to collect at the void deck if we needed privacy. So this time, we decided to order our Honest Kitchen products from them, I stated under notes that it was an urgent order and to call before coming.

To get free delivery from Kohepets, we would need to order $60 and above, if not additional $8 delivery charges will be required. I ordered Honest Kitchen Embark and their Pro Bloom supplement, total was about $76. Their websites was also redesigned and much easier to navigate compared to before, I'm in the art industry and I know when I see something good. 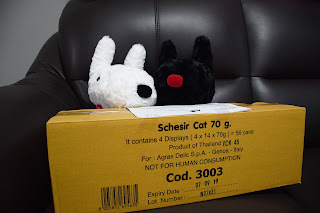 Packaging from Kohepets (without the stuffed toys of course) 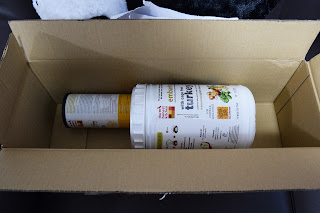 We will be reordering again once Amber finishes her current batch :)


For those looking for an online pet store that is trustworthy, Kohepets is recommended.