Negative signals, are they neccessary? 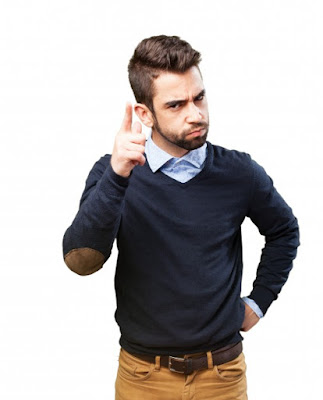 Today I came across an article on dog signaling, a soft debate on whether to let a dog know when they have done something wrong. For example if the dog is doing something right, the ideal way to enforce this behavior is usually by praising, affection or treats, sometimes together with a vocal command (eg. "Yes", "Good"). However if the dog is doing something wrong, would it be advisable to let it know that the particular action is wrong, by correcting together with vocal command (eg. "No", "Off")?

So to explore further this author consulted a psychologist, the psychologist then used crossword as an example to explain the effects. When you fill in a crossword puzzle and succeed in completing, you naturally get a sense of fulfillment/fun, which equals reward. However if you fill in the wrong information and receive a negative signal to notify you for making a mistake, wouldn't it make the crossword puzzle less interesting? The psychologist insisted that dogs learn better with just positive experience.

Well this is a tricky question and I have my personal opinion on the logic used and I do find the information and topic interesting enough to be shared.

In my opinion the usage of games, especially puzzles as an example defeats the purpose because this ideology is more towards positive training - treating all training sessions like a game instead of lecture. Being a trainer with leadership mentality as the main focus, I like to divide training into 2 sections. When it comes to pure learning sessions like commands and games, rewards are used and no negative signals would be practiced, but when it comes to important stuff like behavior modification and walks, rewards are still used but negative signals would be incorporated to lead the dog into the correct path.

Imagine this scenario, a dog pulling excessively during walks, barking whenever it sees something and snapping at anyone that gets near, would you still treat this as a game or want the dog to believe that this is a game? A negative signal usually comes in conjunction with a vocal command, for me it's a "No", and this negative signal does not need to be painful, stopping and not allowing a dog to walk further can be a form of negative signal since it is uncomfortable enough not being able to rush. Together with vocal command, this will remind the dog that if it continues to rush, there won't be any further movements allowed. When a dog is trained using just games and fun mentality, a lot of positive experience has to be built into the foundation, for puppy i'd say it is fine, but if a dog is already 5 years old (for example) and had unknowingly built up bad habits be it during walks or other dogs/people it had met, these negative experiences can be very hard to modify by using games as a platform. Therefore in my opinion, a negative command is useful in such situations to first stop the unwanted behavior, then lead the dog to the action the owner want. This way of training is much more easier for dogs to understand.

That being said, if I were to regard dog training as a game, I would say that video games with the risk of dying is much more interesting to dogs than crossword puzzles :)