August was a month filled with dog events, we had actually planned to leave the slots empty for this period of time but Fluffy's stay had to be extended due to unforeseen circumstances, so we decided to bring him along! Hana could not tag along with us to Discover Dogs 2014 as we were concerned about her heat period, which might cause issues with other male dogs out there, with outdoor events they are also prone to accidents like vehicles, aggressive dogs and picking up of food, after seeing incidents caused by irresponsible owners/people out there, we are now very careful about bringing more than 2 dogs out for events, we want to make sure that we can really control the situation and watch over them very closely to prevent any unwanted accidents. 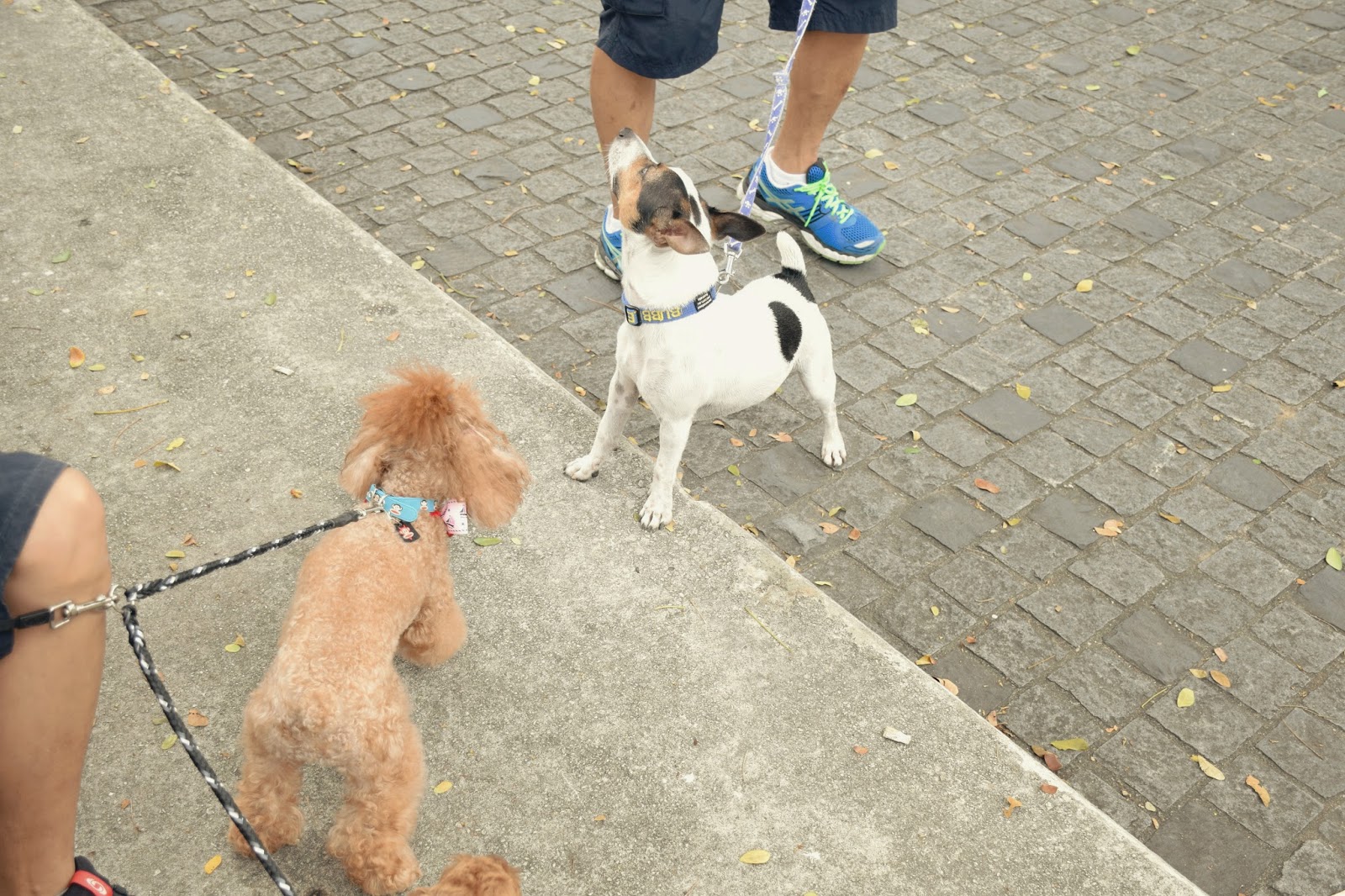 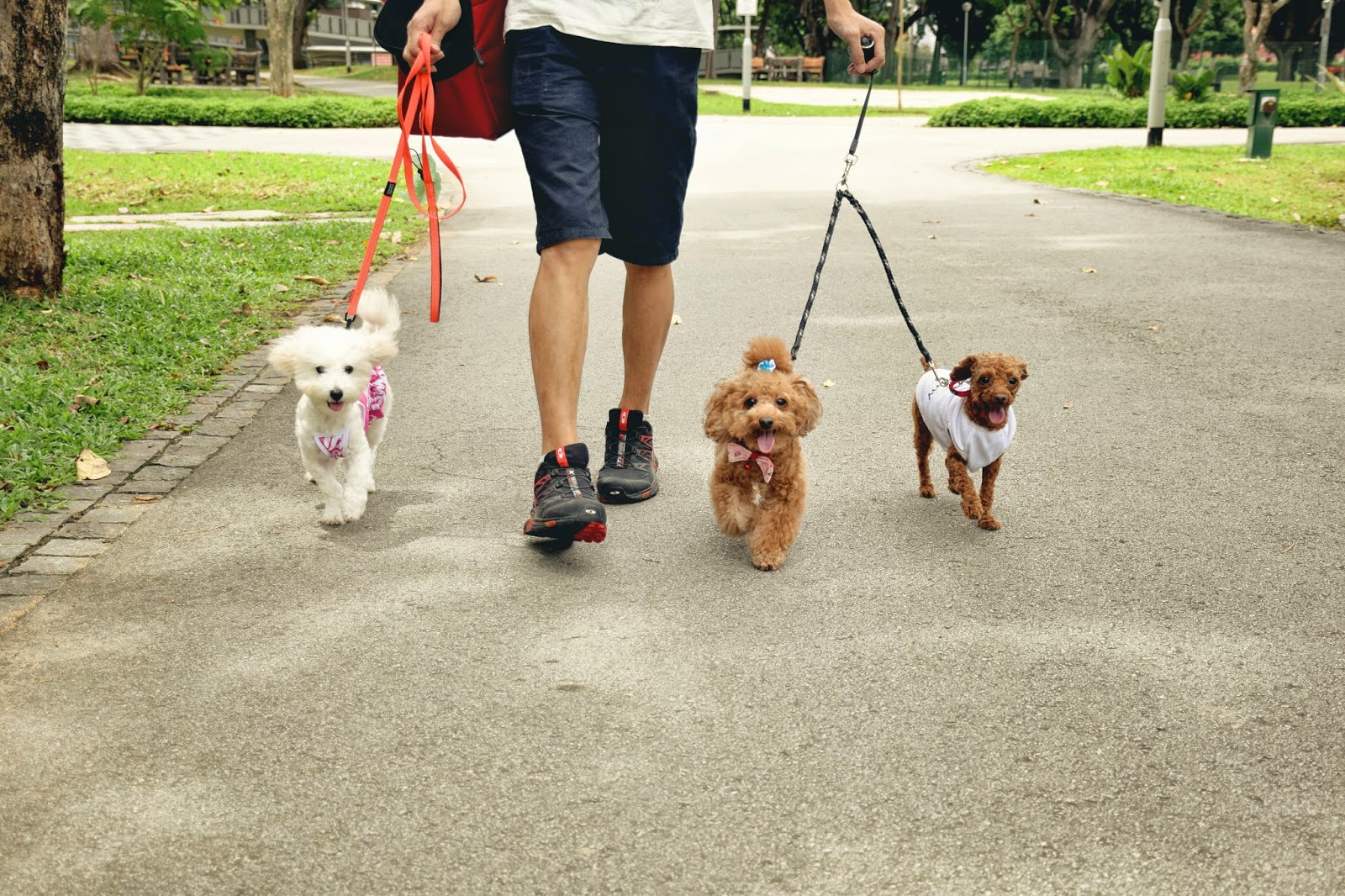 We took a cab reminding the driver that Bishan Active Park was the destination but were dropped off at Bishan Park instead, so we took the chance to have a stroll with the furkids, being unsure on how to walk from Bishan Park to Active Park, we took the long path which was about 20 minutes walk to reach. This was the time we noticed that Fluffy was very happy to be out and exercising, he always looked reserved and weak in the past, would always find something or someone to hide behind whenever there are dogs around. After a couple of days Fluffy became much more sociable, he would even rest beside Amber at times, during that day Fluffy was very active and still had a lot of energy even after the 20 minutes walk, he was totally different! Tasha was walking really well for a start, some pulling but overall satisfactory, she'd actually sit when asked to. Amber was as usual, happily looking forward to the next activity. We passed Bishan Park over the bridge and into HDB void decks, wanted to meet Shinee and his family initially but we were late so they had to leave first, we finally reached Active park at about 2:30pm, the event was supposed to end at 4pm. 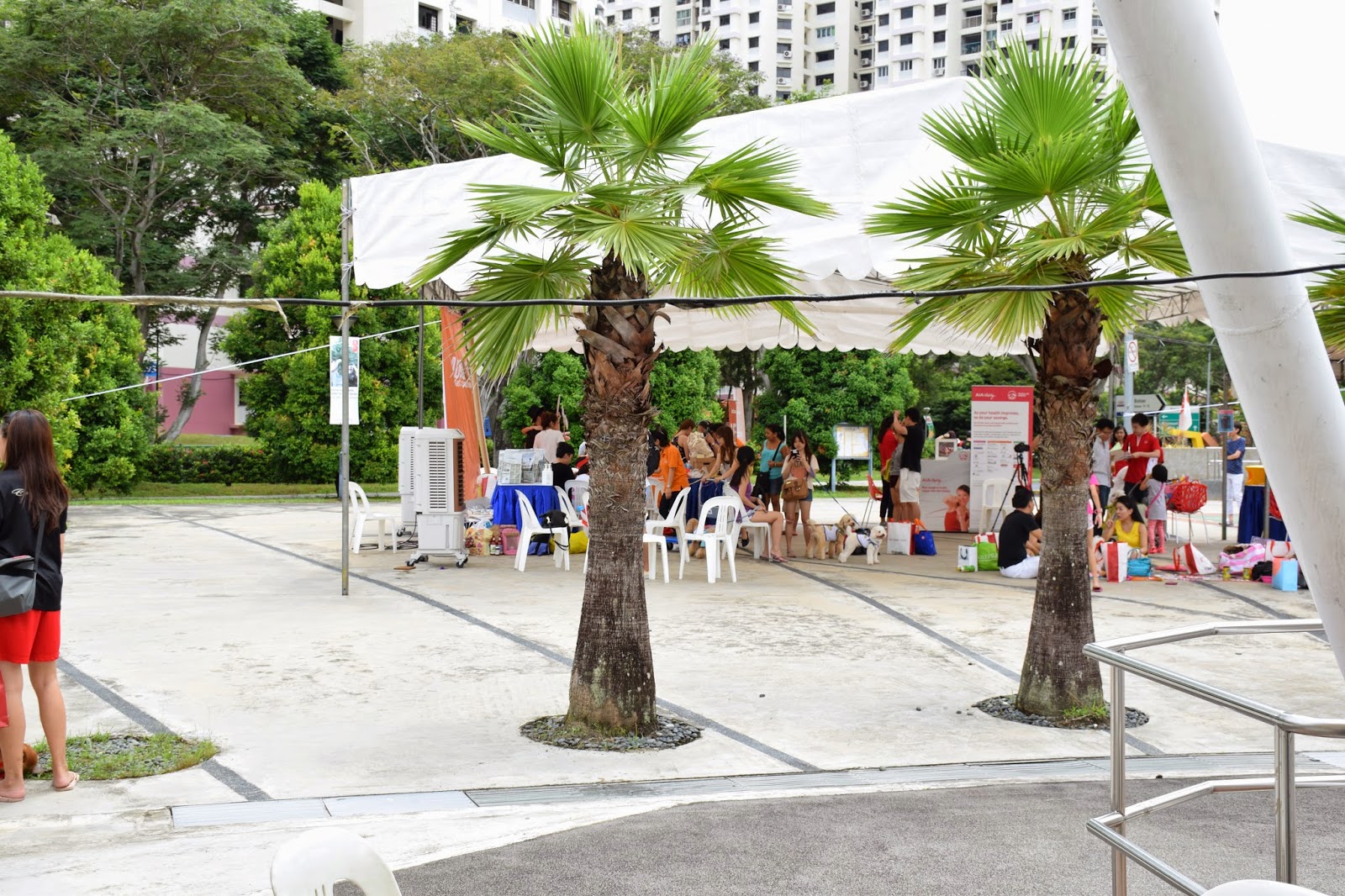 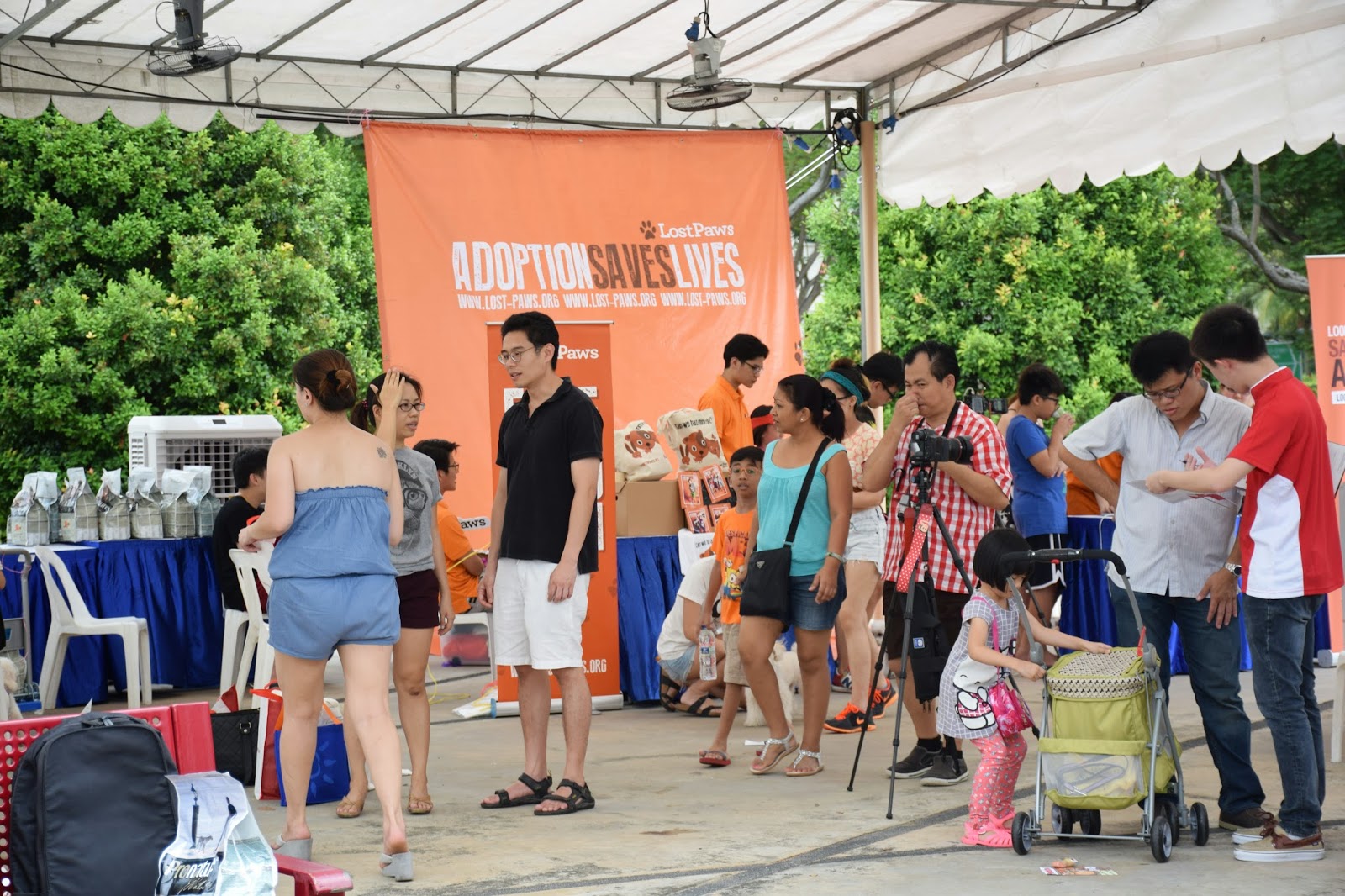 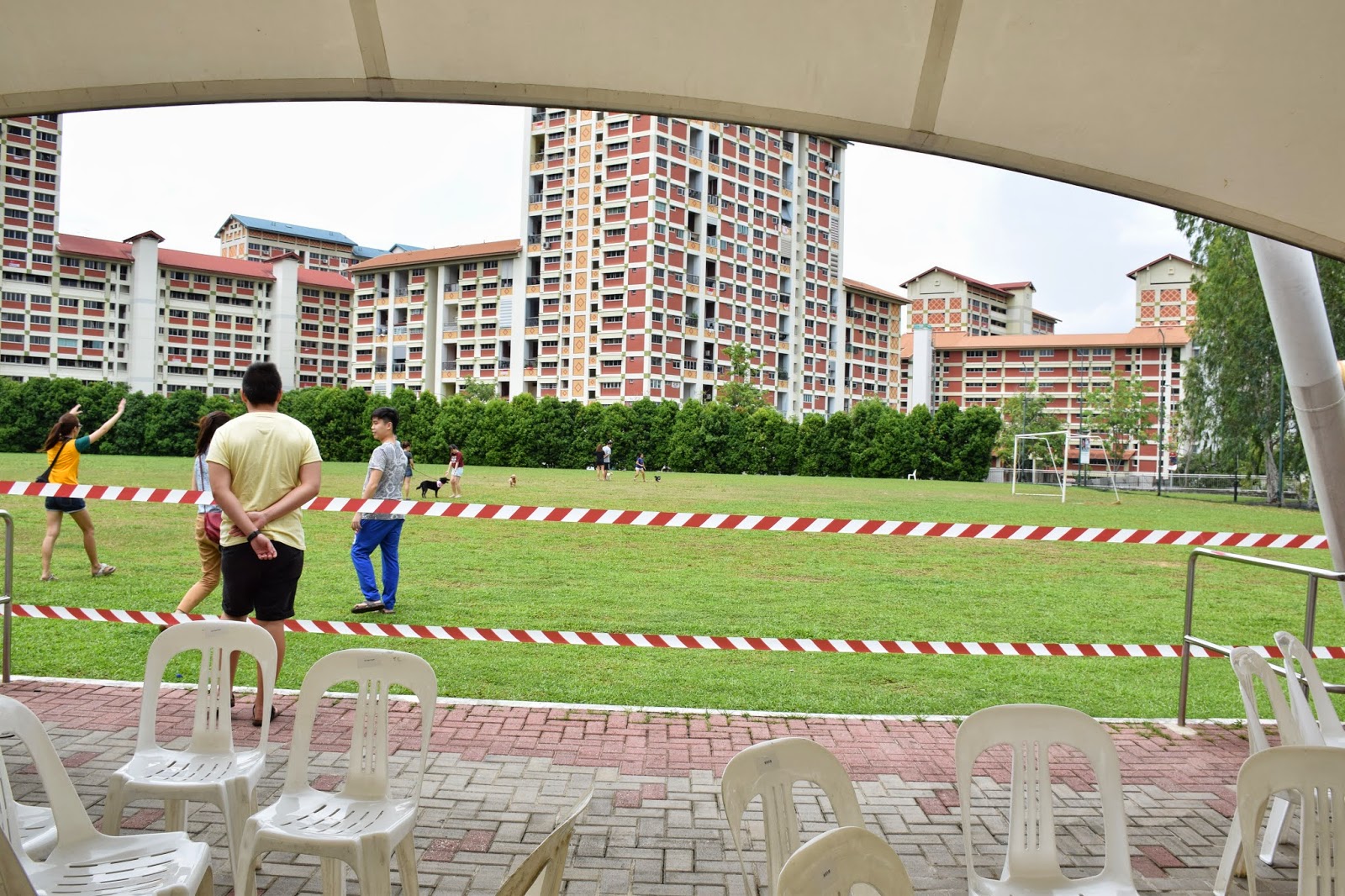 Views of the event

Paws & Friends event was pretty big considering that the setting is located outdoors, it was set right under the huge shelter at Active Park. A lot of dogs were still present even though it was late, everything were held tightly together, there were sale booths, stage and also adoption corner, we missed the poodle gathering program though. We met Zeus at the event, he looked much better - active and becoming sociable towards other people and some of the dogs, we even saw him sniffing a couple of dogs by himself, it made us really happy with the improvements! A few owners approached Amber and started playing with her, we allowed as she was pretty stable throughout the event, we weren't sure if these people were from the poodle club but everyone seemed to know her name, guess it was because of her hairstyle, haha! We then let Tasha interact with her family, she remembered her owners very well and even tried to jump onto them, however when asked to she could still settle down pretty fast, it's really good to see her enjoying the events and learning new things, we even saw Tara, it's been awhile since we last trained with Tara and she is all grown and pretty! Fluffy needed more exposure and proper training, every time we squat down he would attempt to jump on us, nevertheless he was actually doing much better than we expected, after awhile we brought everyone to the back area for a rest. 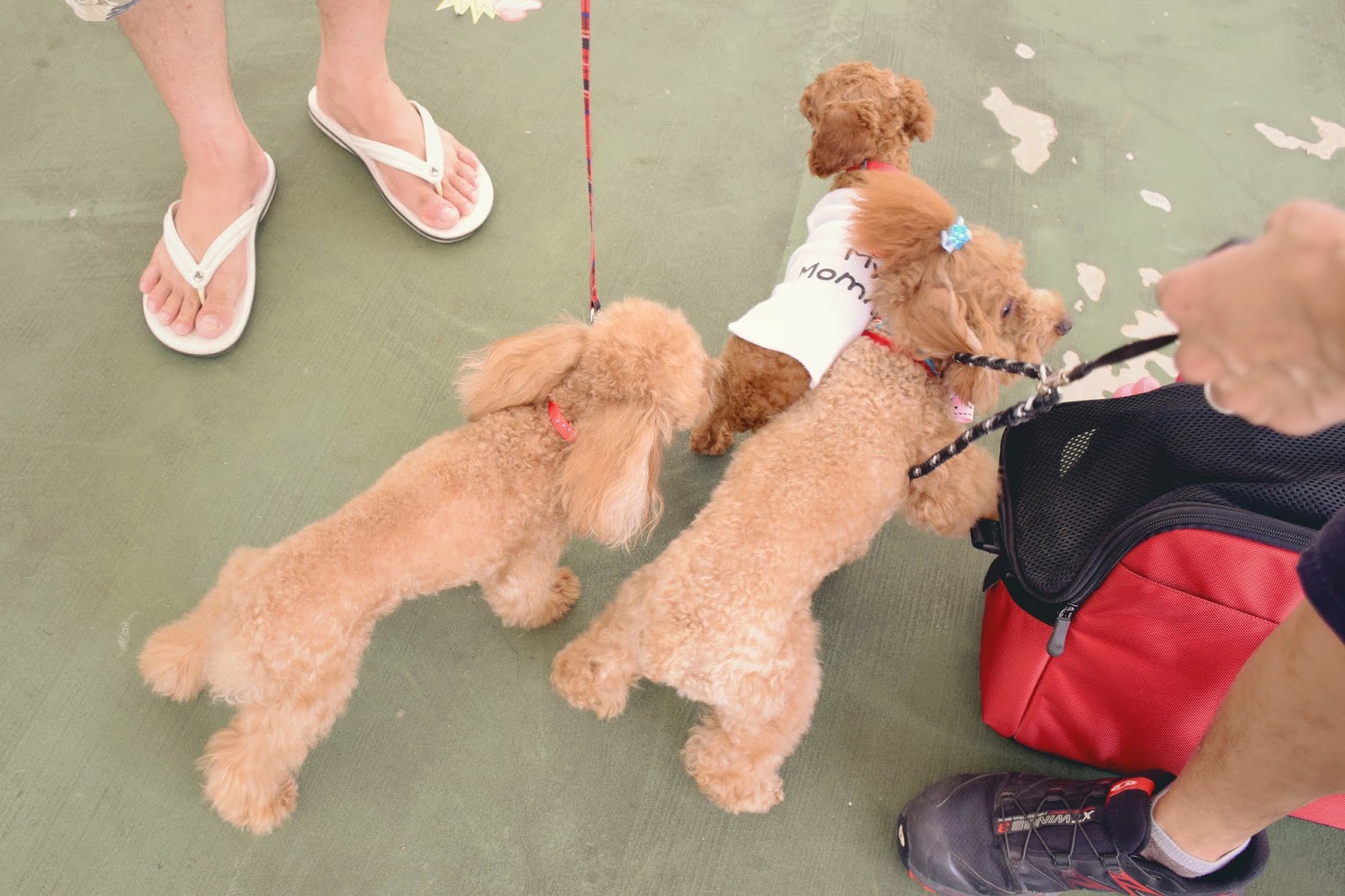 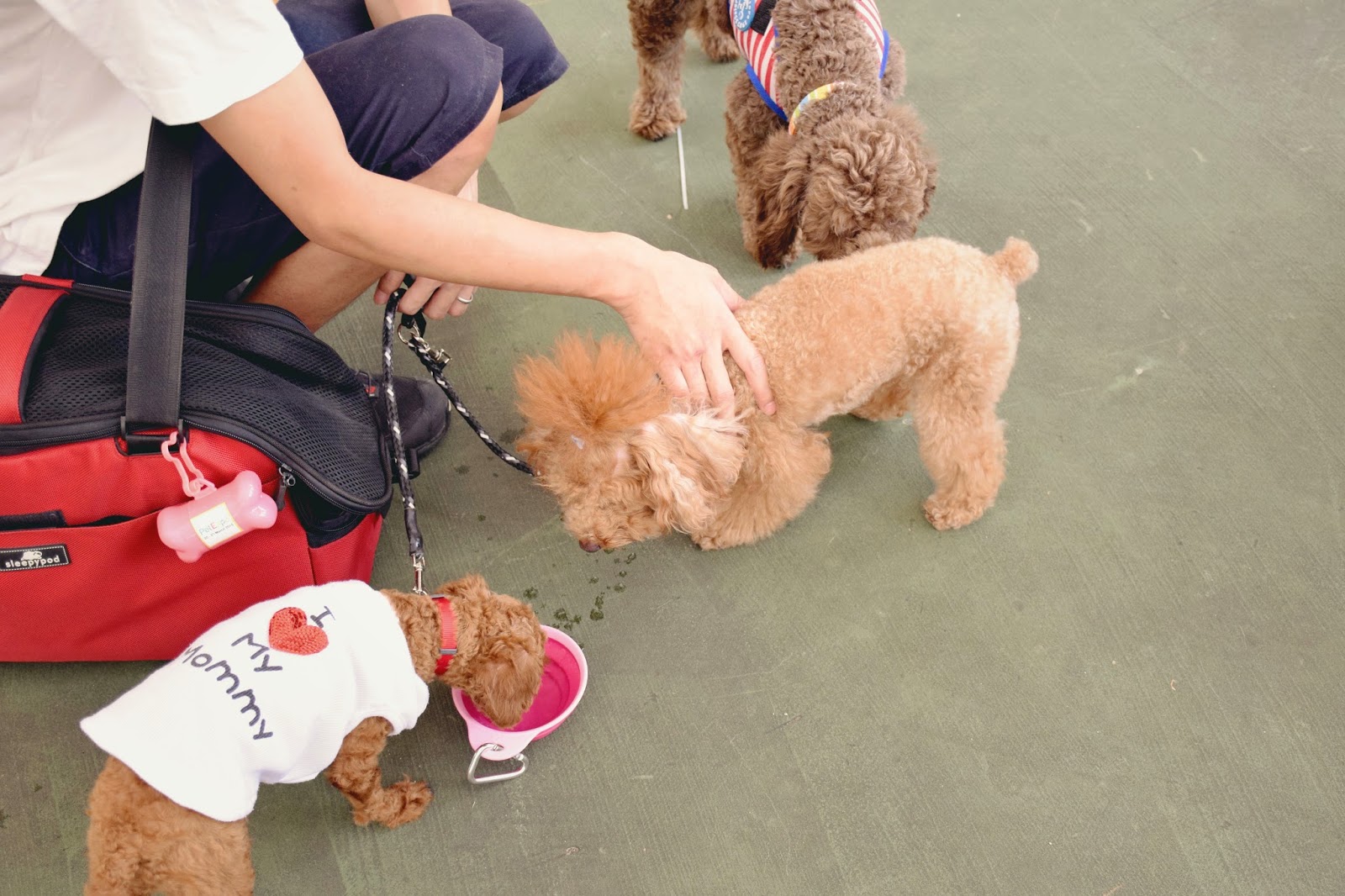 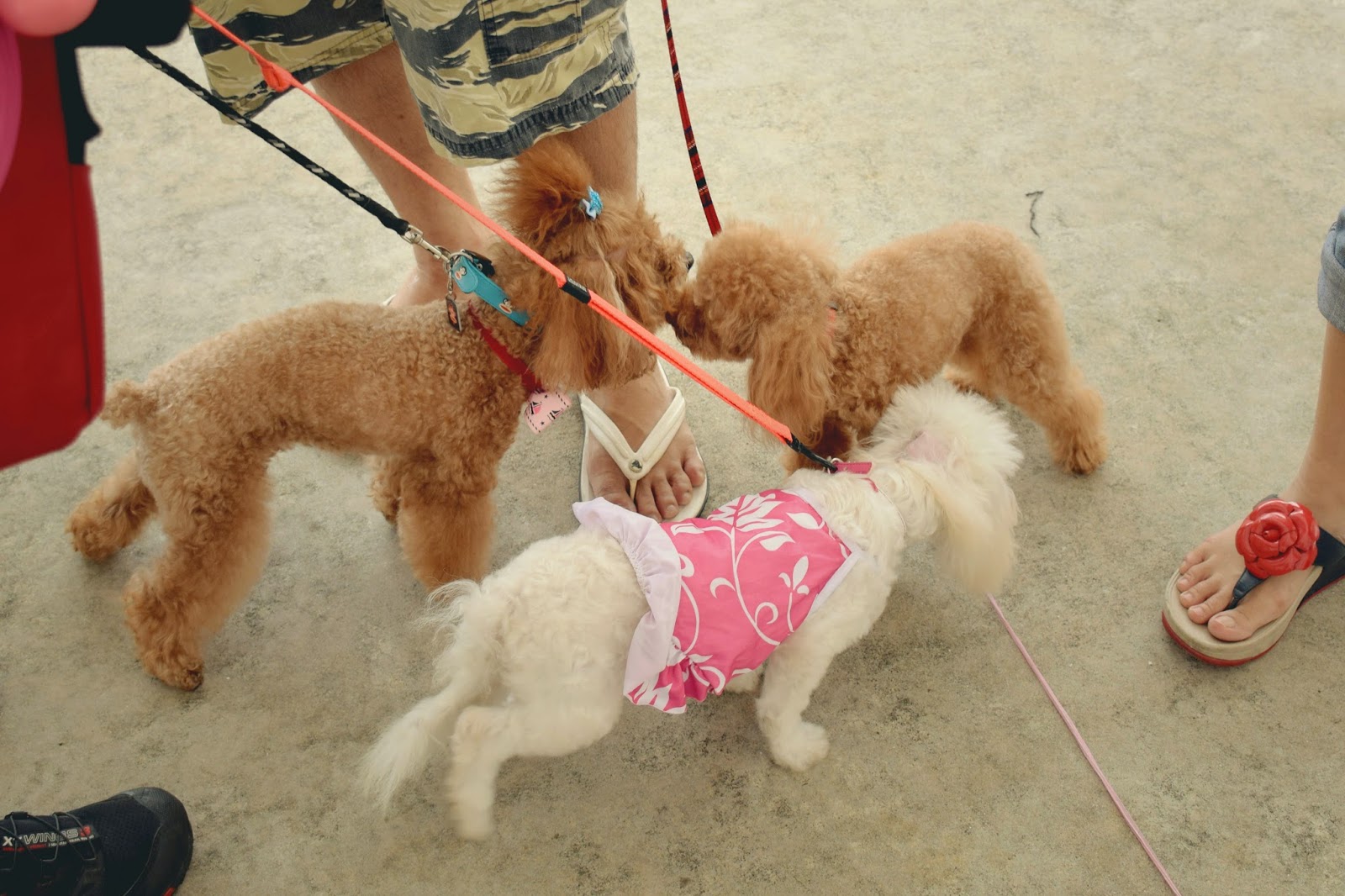 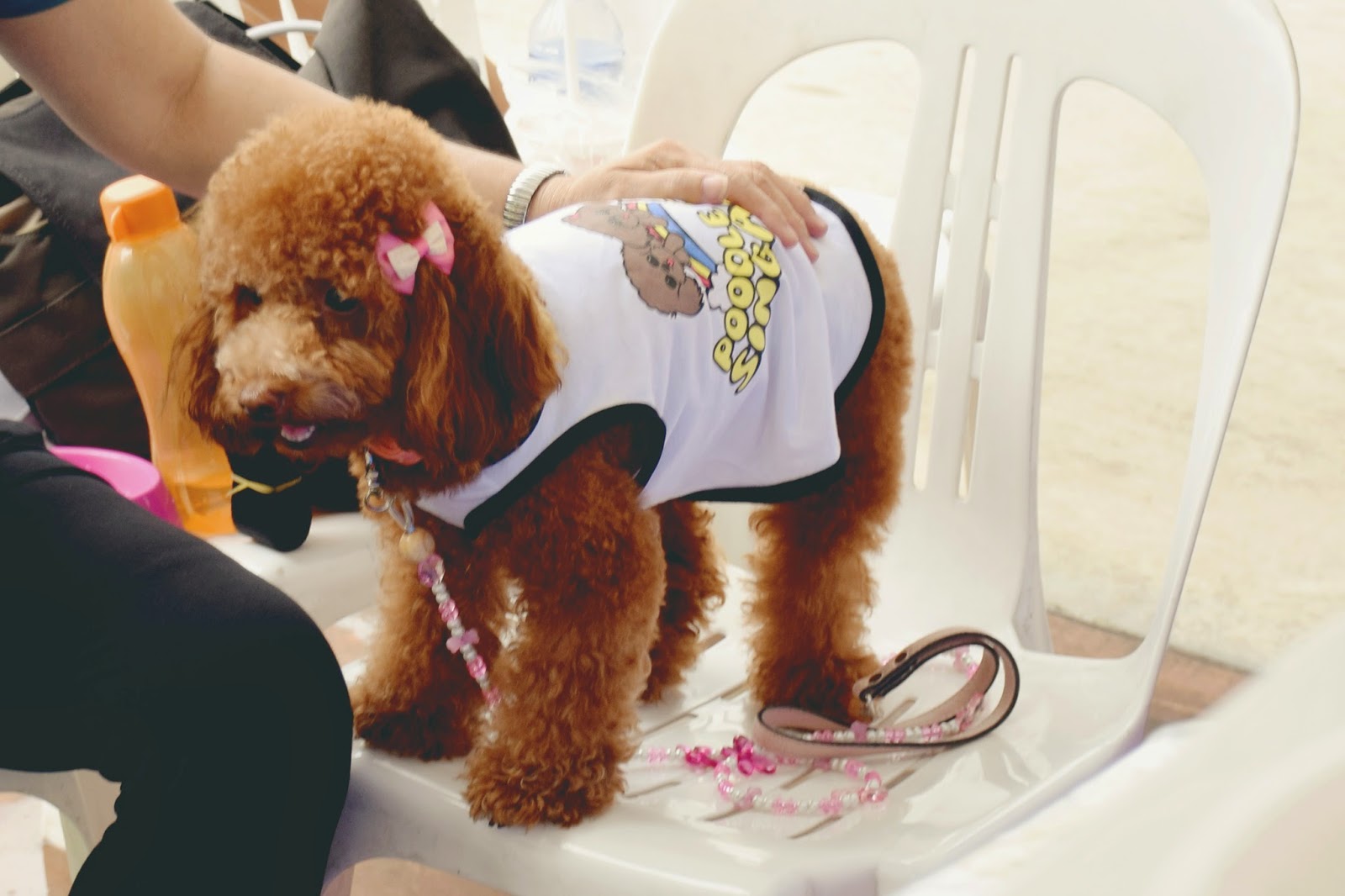 Mocca and Milo were also around, we sat together and let the dogs play after resting for awhile, Mocca still remembered Amber and tried to use her paw on her, they had always enjoyed each other's company during their staycation, Milo and Tasha on the other hand played like they were the best of friends, not hesitating to play bite and flip each other around, it may look like they are fighting but they were actually playing! We then met some new owners who had trouble with their dogs, gave them some pointers before we shopped around the booths, honestly most of them were actually very well behaved, however due to wrong signals to their dog and also the lack of understanding, many owners unknowingly trained their dogs to be afraid and aggressive, we truly hoped that the pointers had given them confidence. 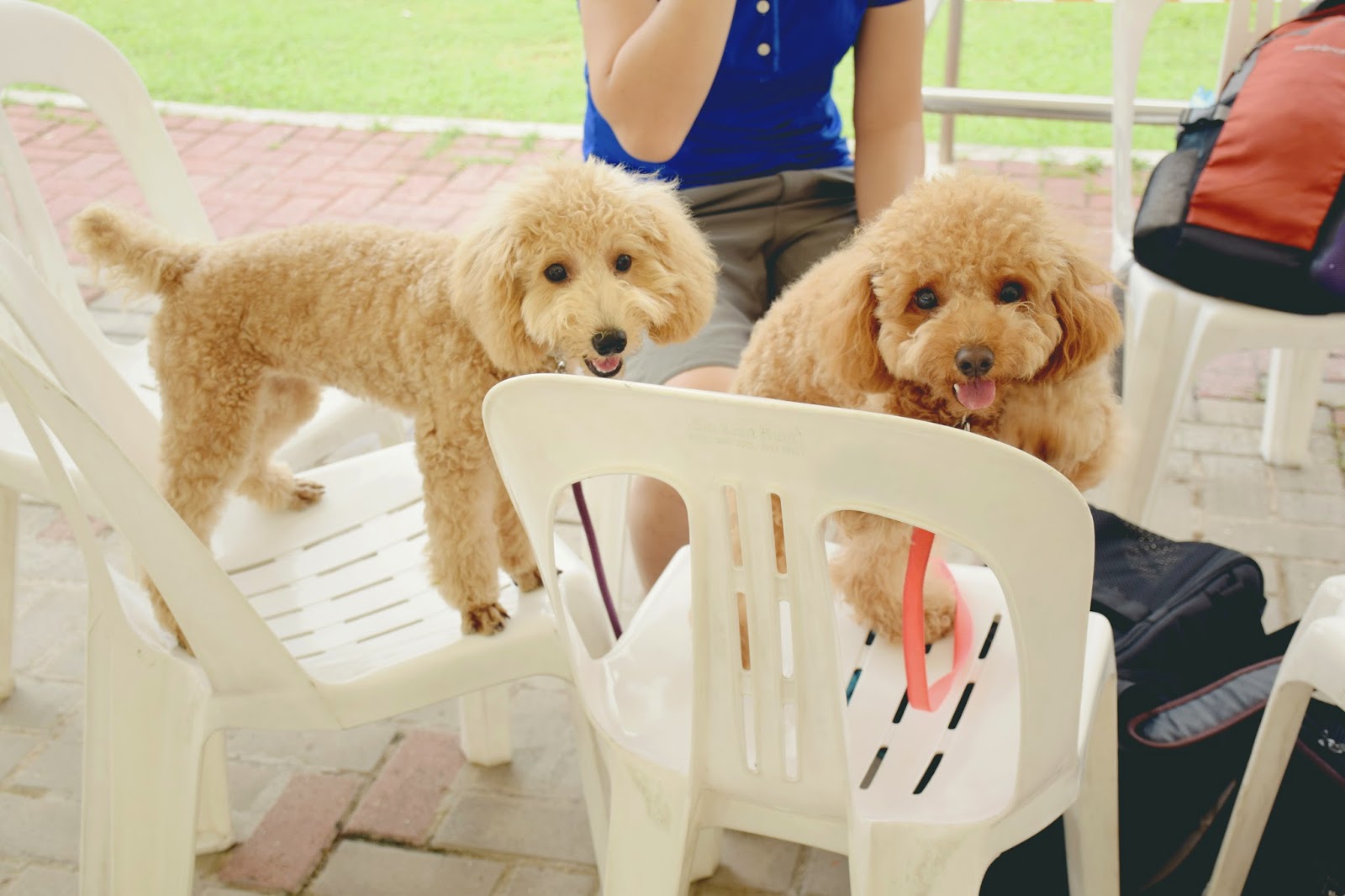 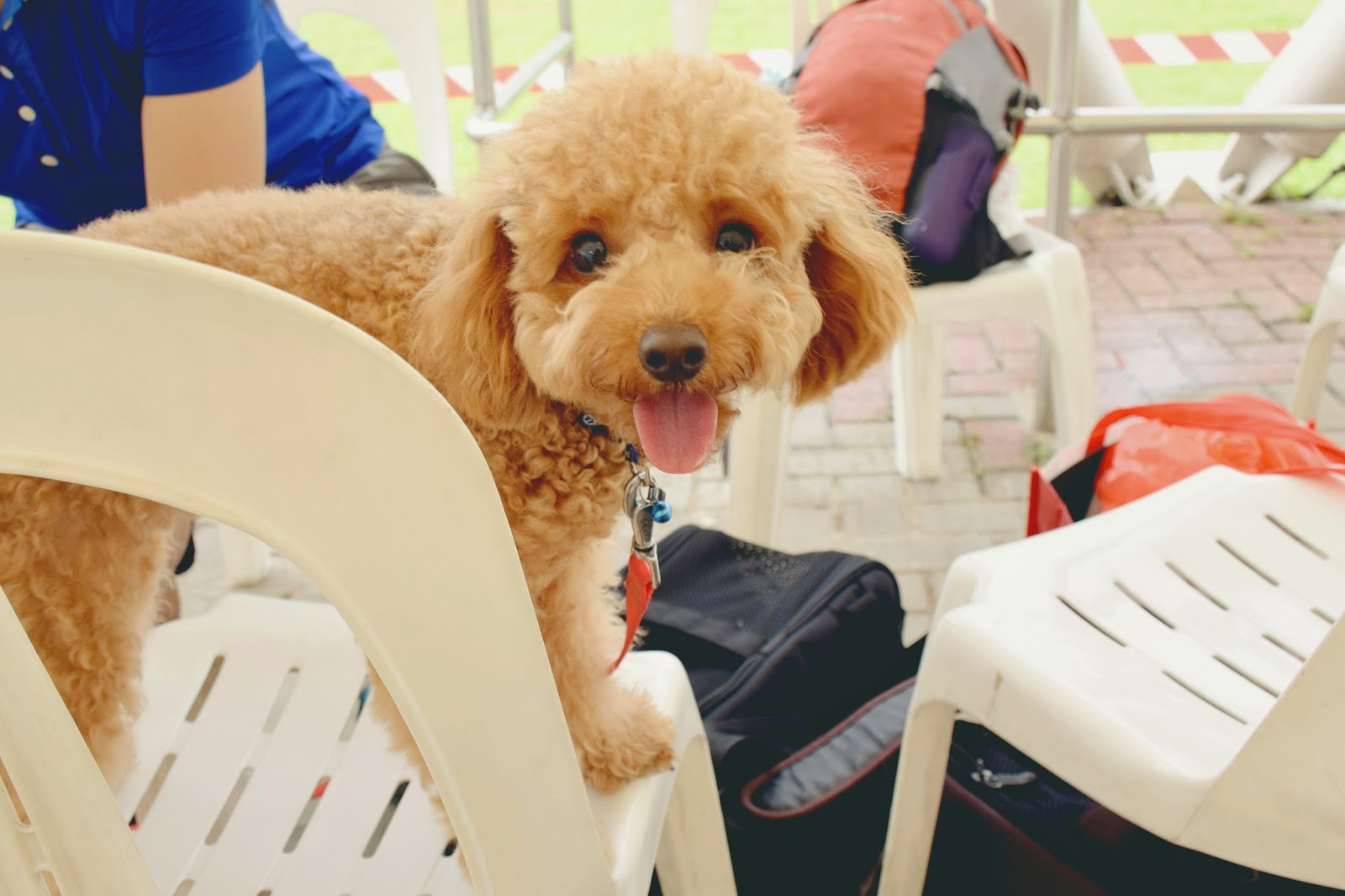 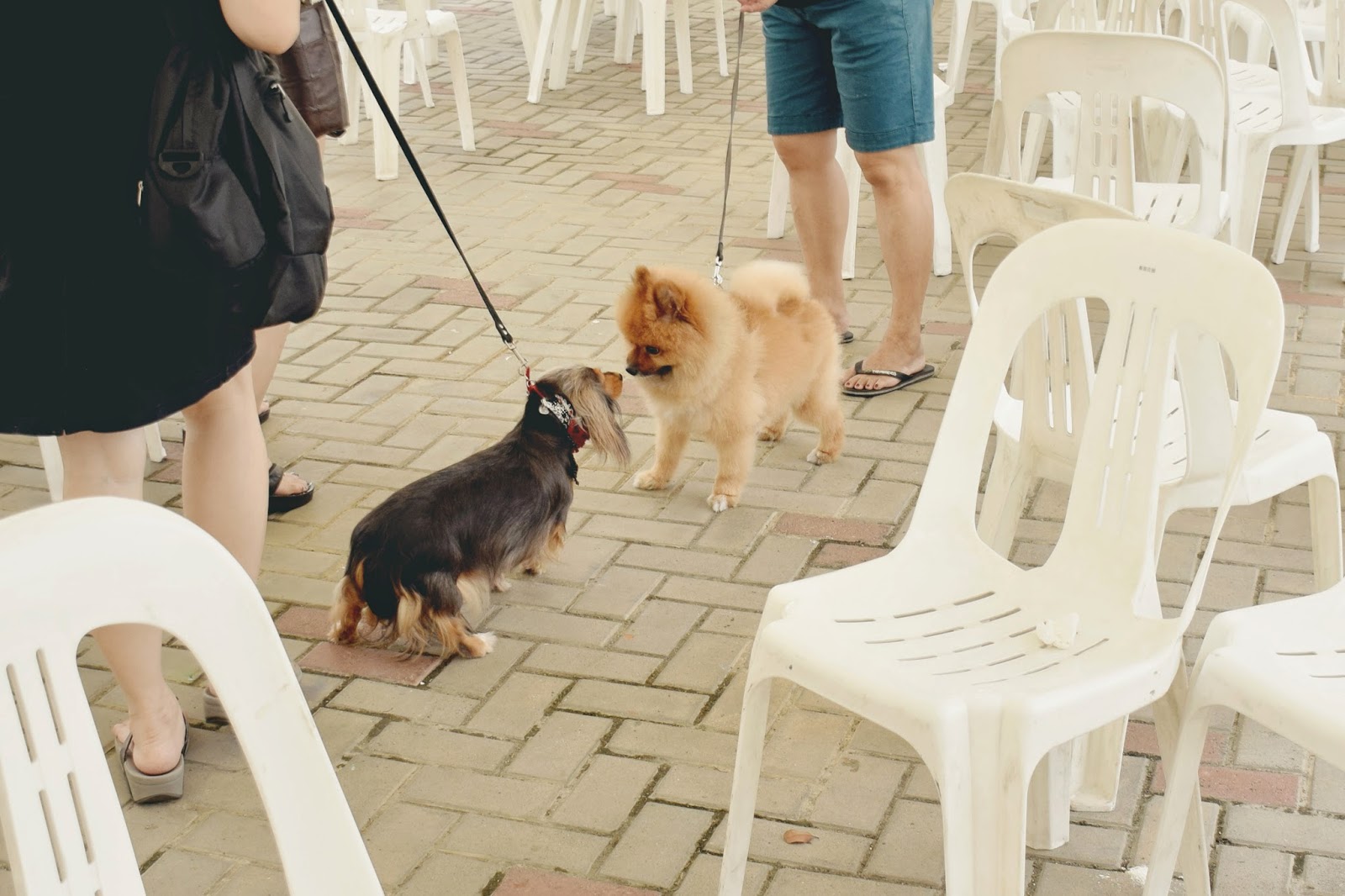 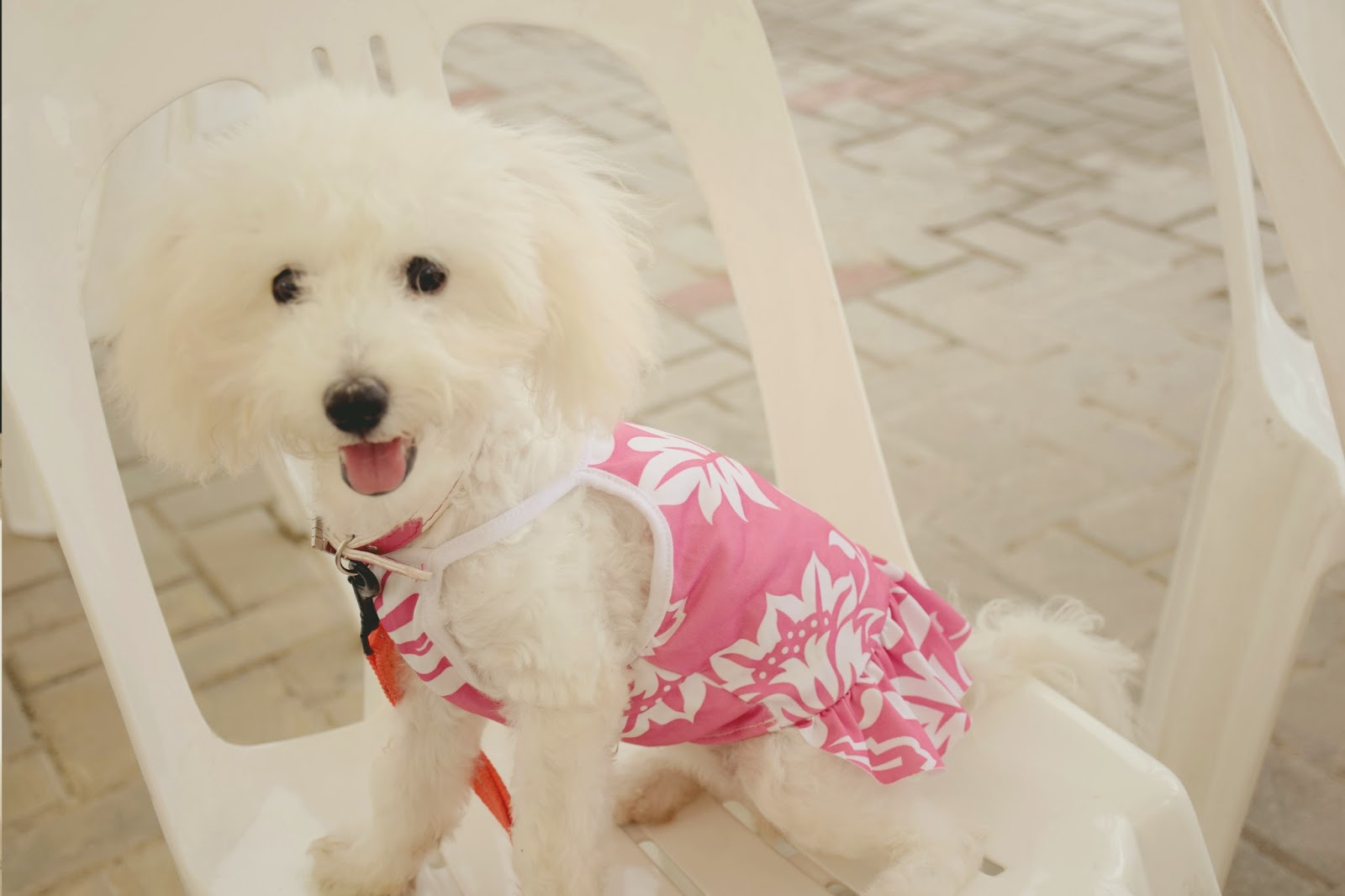 Although the event was smaller than Discover Dogs 2014, there were a lot more dog products to shop and we really appreciated it, however due to our late timing, some of the shops had already started to pack up, we did not get to buy anything partly because of this. We then walked over to the adoption booths to take a look, there were some cats and dogs for adoption, as some malay visitors were present, we did not want to surprise them with our dogs thus we just took a glimpse from afar. We then met Crystal shortly and gotten the chance to let her interact with Tasha, Fluffy and Amber, Crystal was a little unsure initially but after a couple of minutes she started to get really excited and even played with Tasha! Crystal had just finished training with us and we were impressed with her ability to cope as this was her very first event, we then decided to visit a cafe/restaurant at Bishan Park together, it's called Cornerstone and they allow dogs at their outdoor dining area. 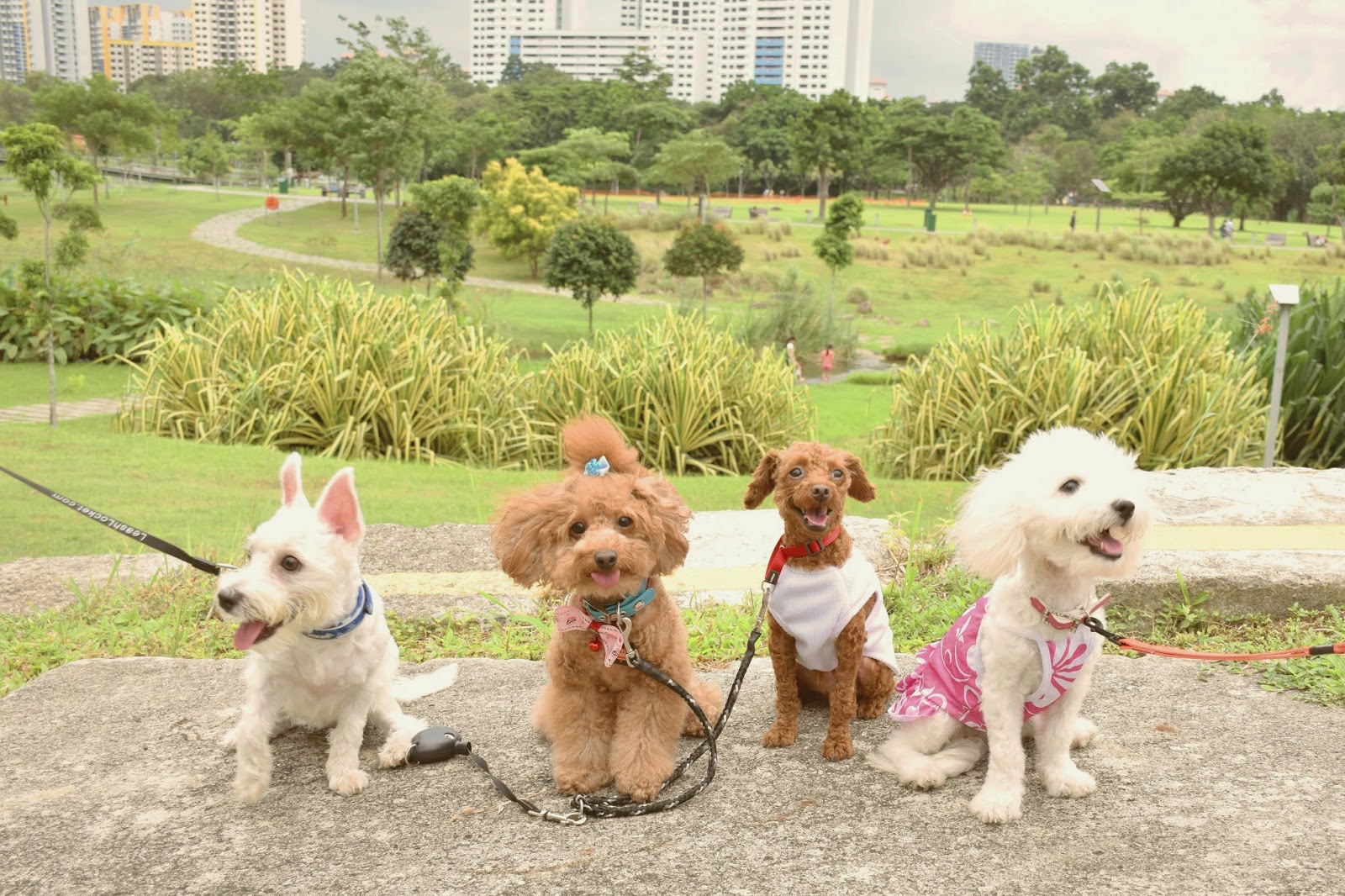 We walked over to Bishan park, took some pictures and entered Cornerstone, the cafe was located in between bushes but obvious enough as there is a sign outside, the place looked beautiful. We were then lead by the staff to the outdoor seats, saw a couple of dogs there too, the outdoor area looked pretty narrow but still fairly acceptable, we parked the dogs near the side of the edge and started to place our orders. The main course was pretty good with a couple of familiar dishes, we ordered fish & chips, luncheon fries, rodeo wings and lemon tea, the price were not cheap at about $70 for the orders, however considering that they allow dogs and since this is our first time, we decided to give this place a try. The food expectedly tasted great, fish & chips were nice and generous in portion, luncheon fries were a little different but okay, the rodeo wings at level 1 spiciness was just nice for us to not destroy the taste, they have up to level 10, can't imagine how it would've tasted! Our table for 4 people seemed to be too small and their plates were very huge, not really sure why they would use these kind of plates but it actually took up so much space that we have to squeeze them together. As we were eating, Tasha and Crystal were busy wrestling each other, Fluffy was almost dozing off and Amber was wide awake watching us eat, they seemed to have had a lot of fun that day! 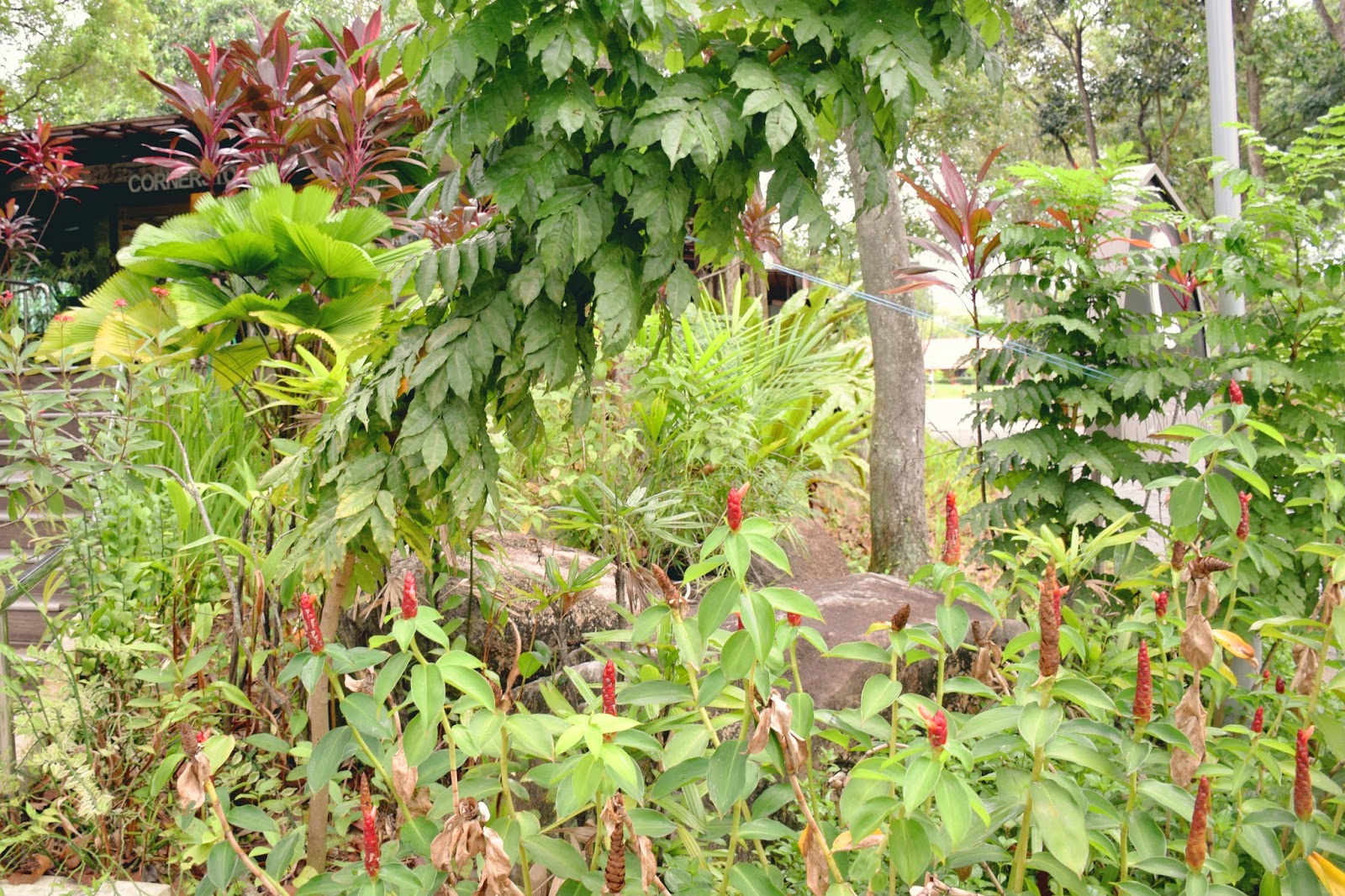 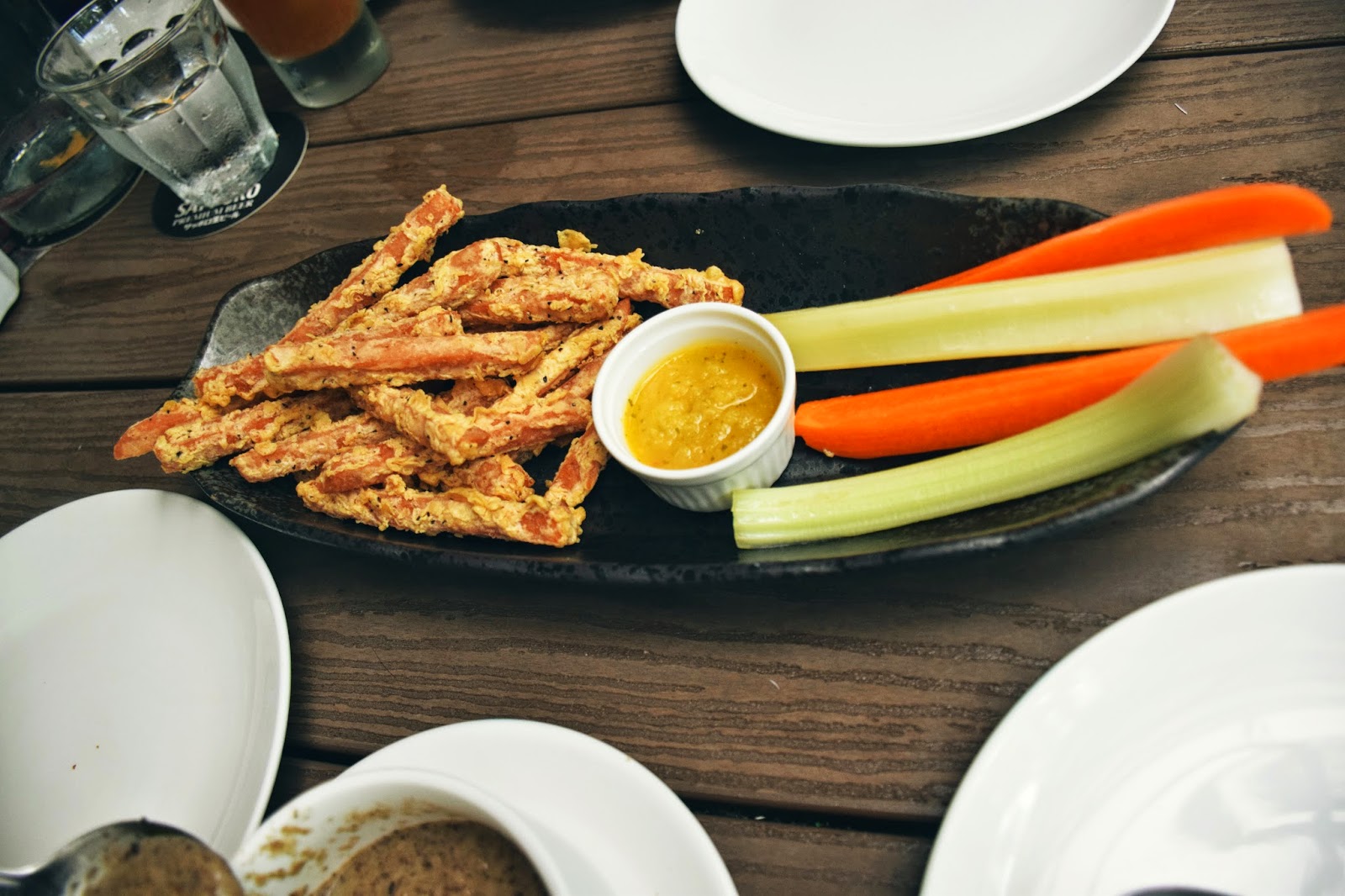 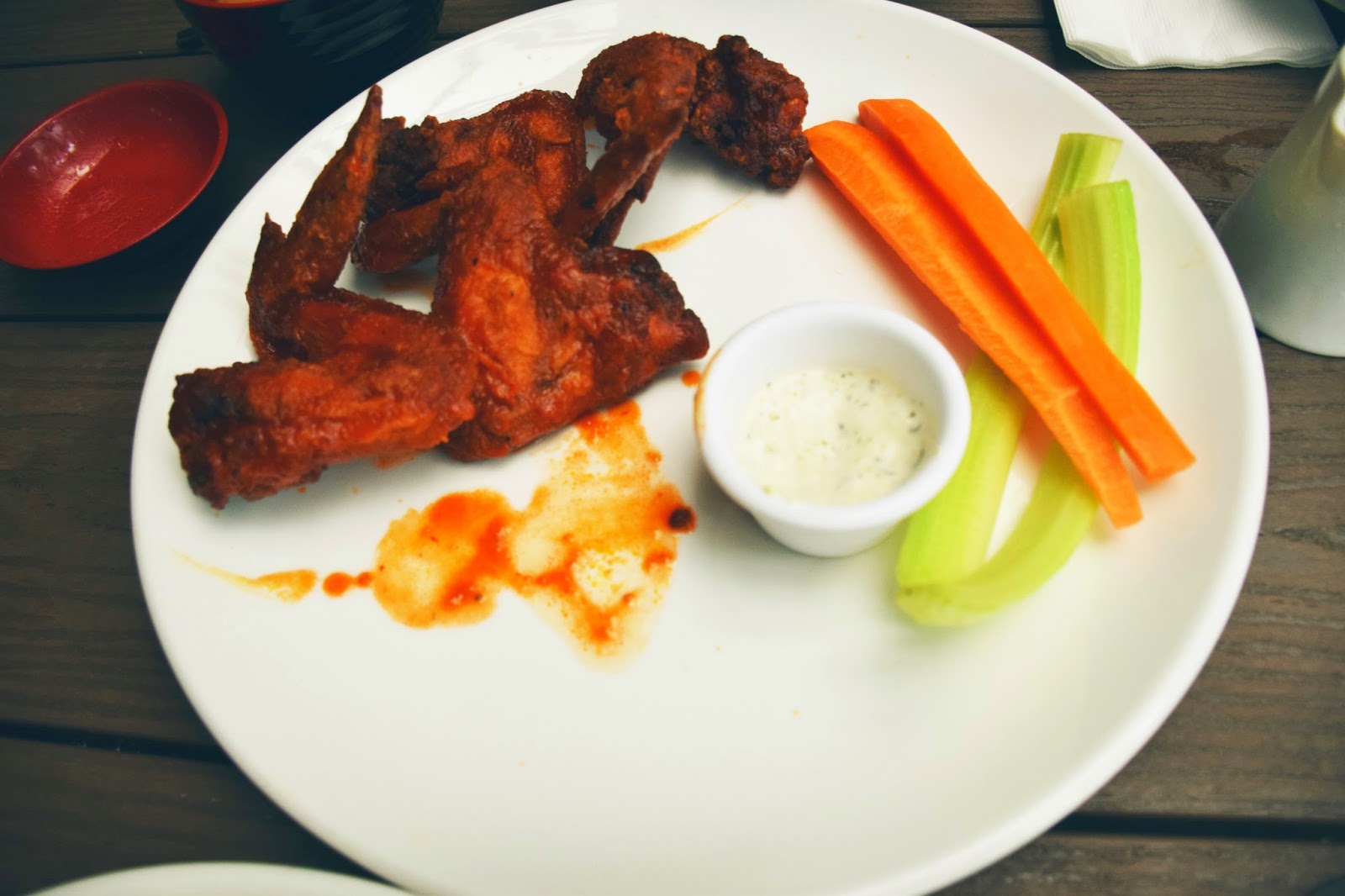 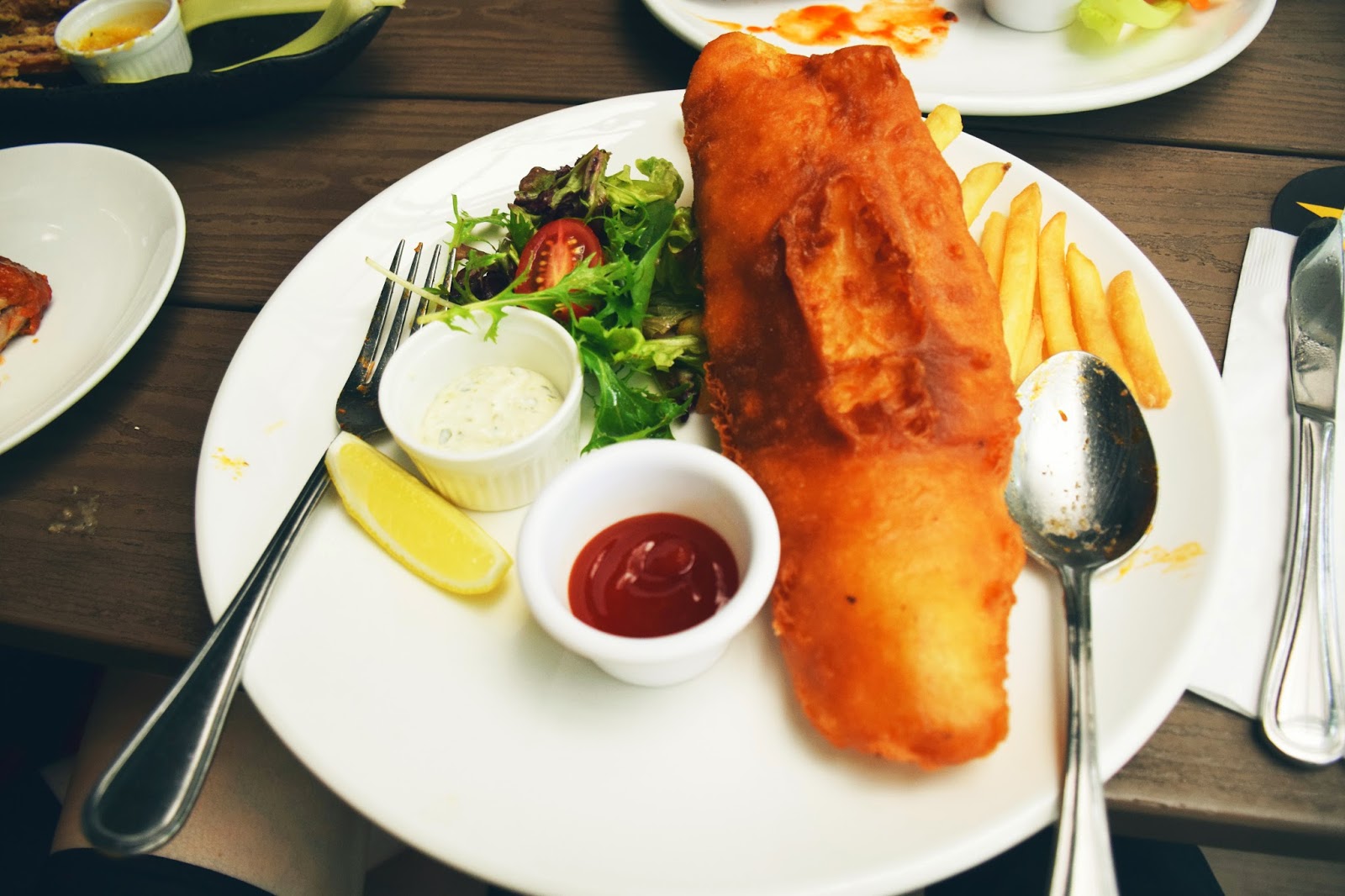 Overall Cornerstone was located at a nice place, food was good but the best thing is that they allow dogs. The only downside was that the area is pretty narrow, waiters and people who wished to wash hands had trouble finding way through the walkway, especially when dogs are around, and also the small table but huge plates. 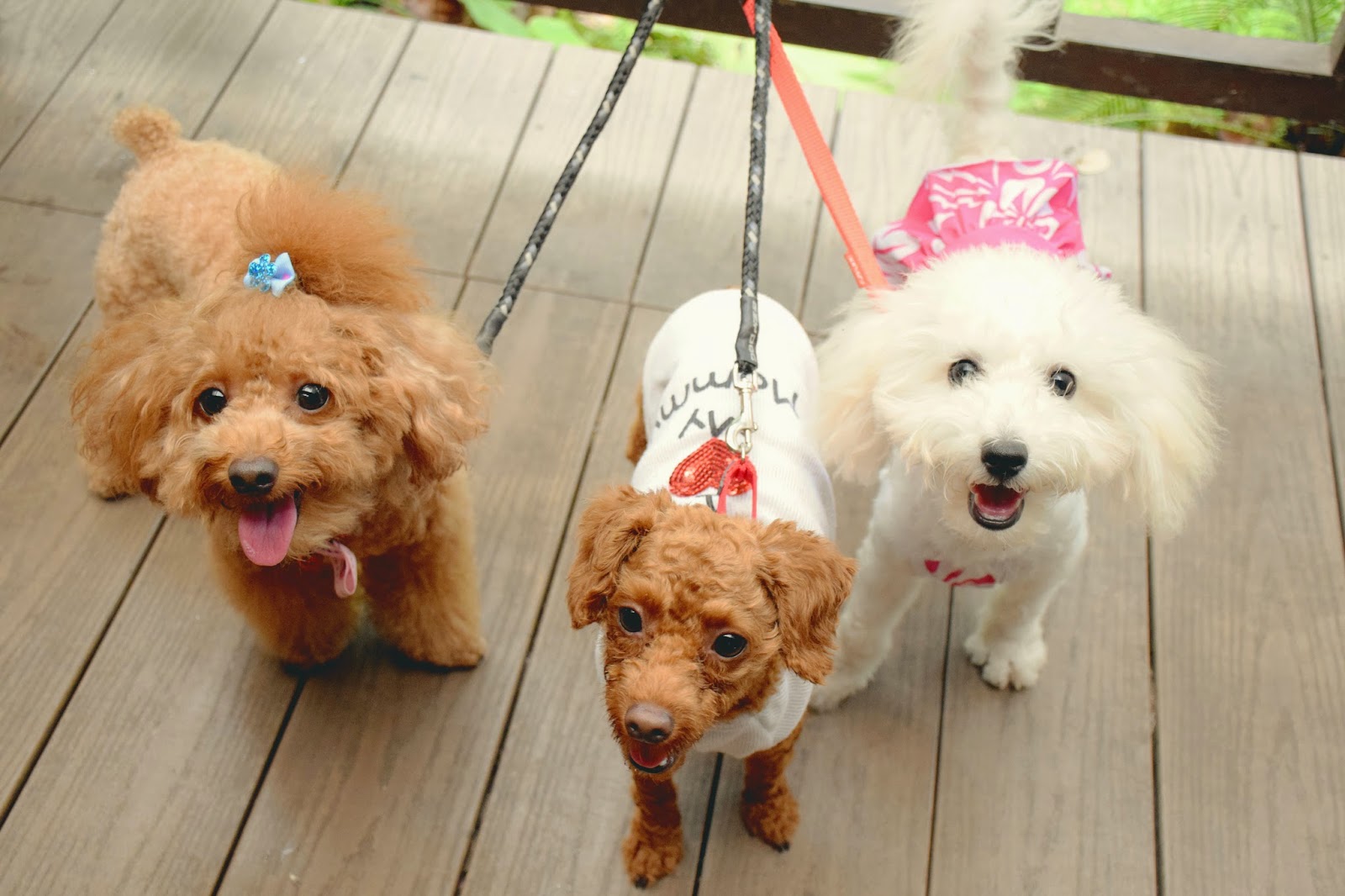 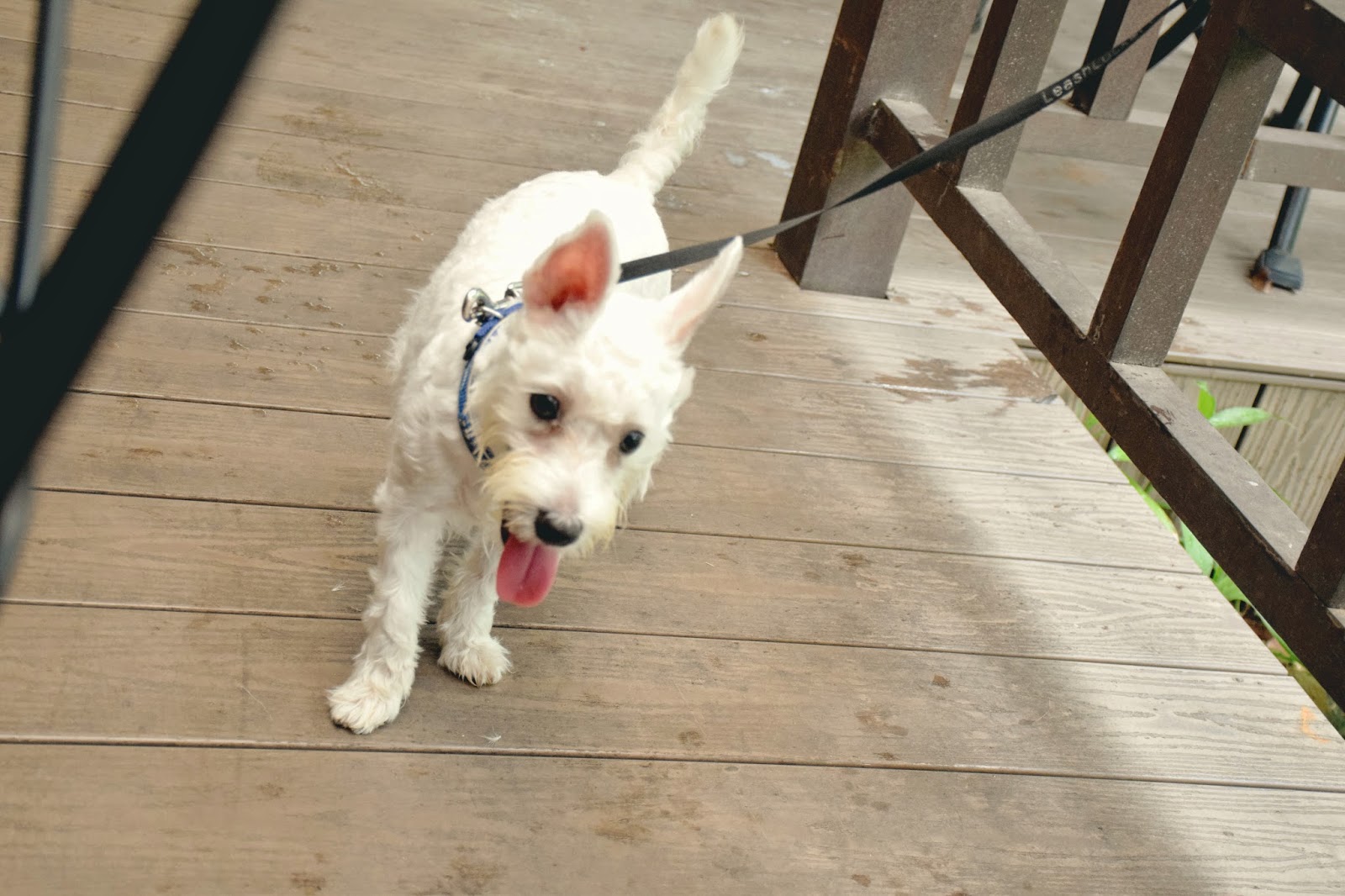 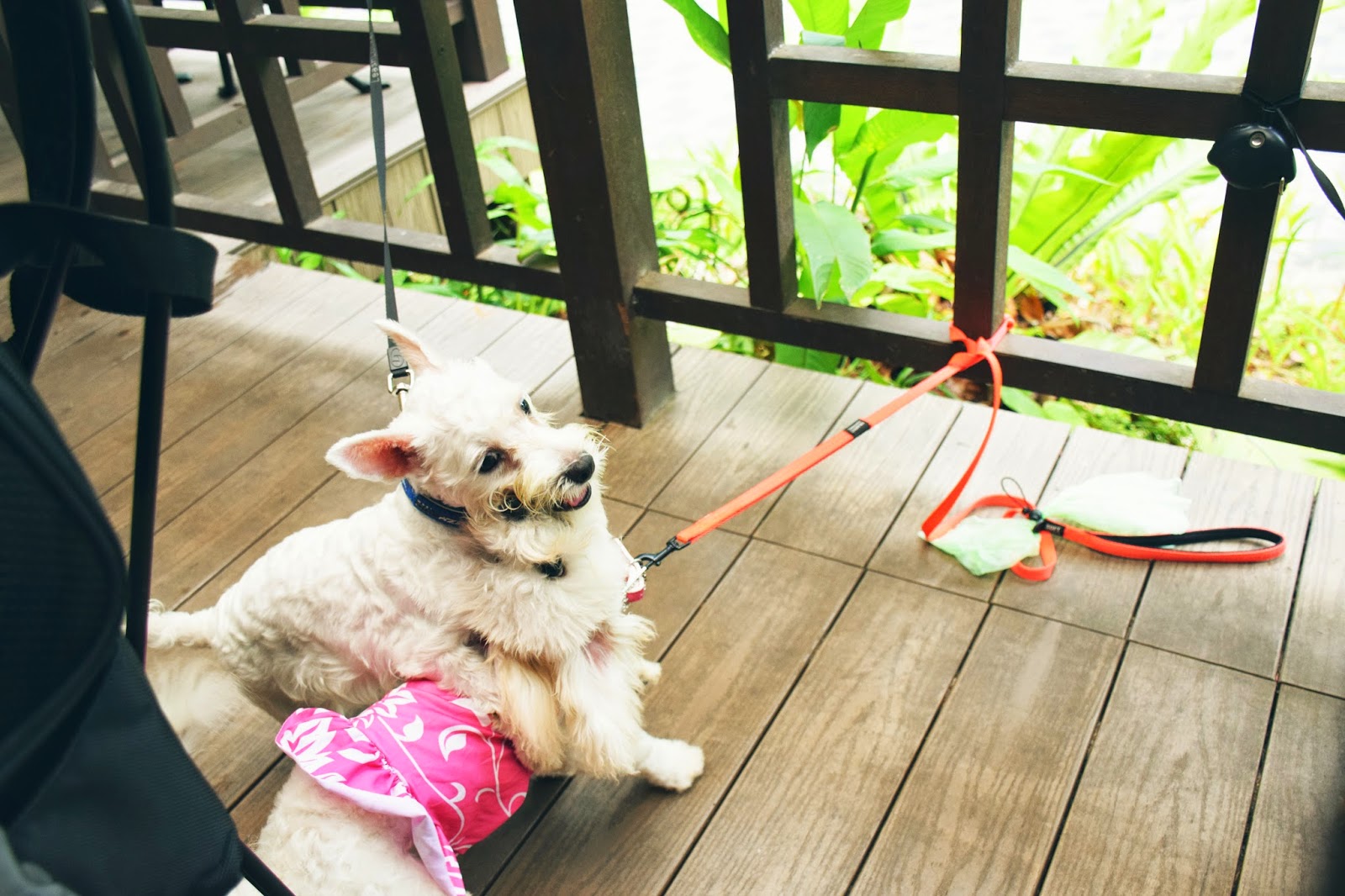 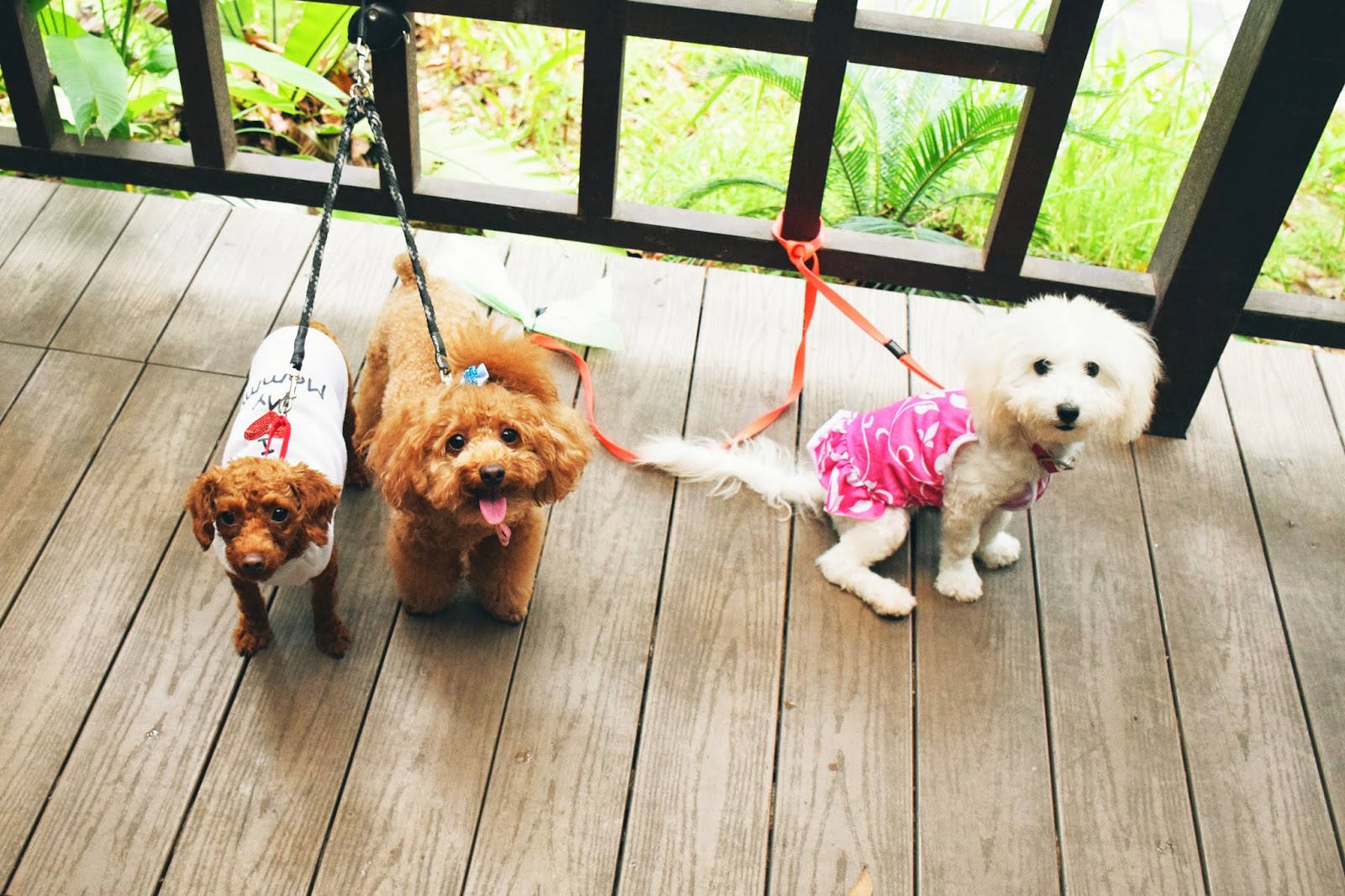 As for Paws & Friends event, it was a really fun experience for both owners and dogs, it was a shame that we couldn't participate in the poodle record but we definitely enjoyed everything!