A trip to Seletar Farmway

April 06, 2014
We recently went to Seletar Farmway and had the chance to visit around the place. Seletar Farmway has this newly opened pet supply store called Sun Petgamart, we decided to visit this place as our supplies was finishing, a friend said their items were cheap so we just went to take a look. Seletar Farmway was located near our place, we took a cab and reached in about 10 minutes, the first impression we got upon reaching was similar to Pasir Ris Farmway - secluded area, lots of trees, shops are isolated. 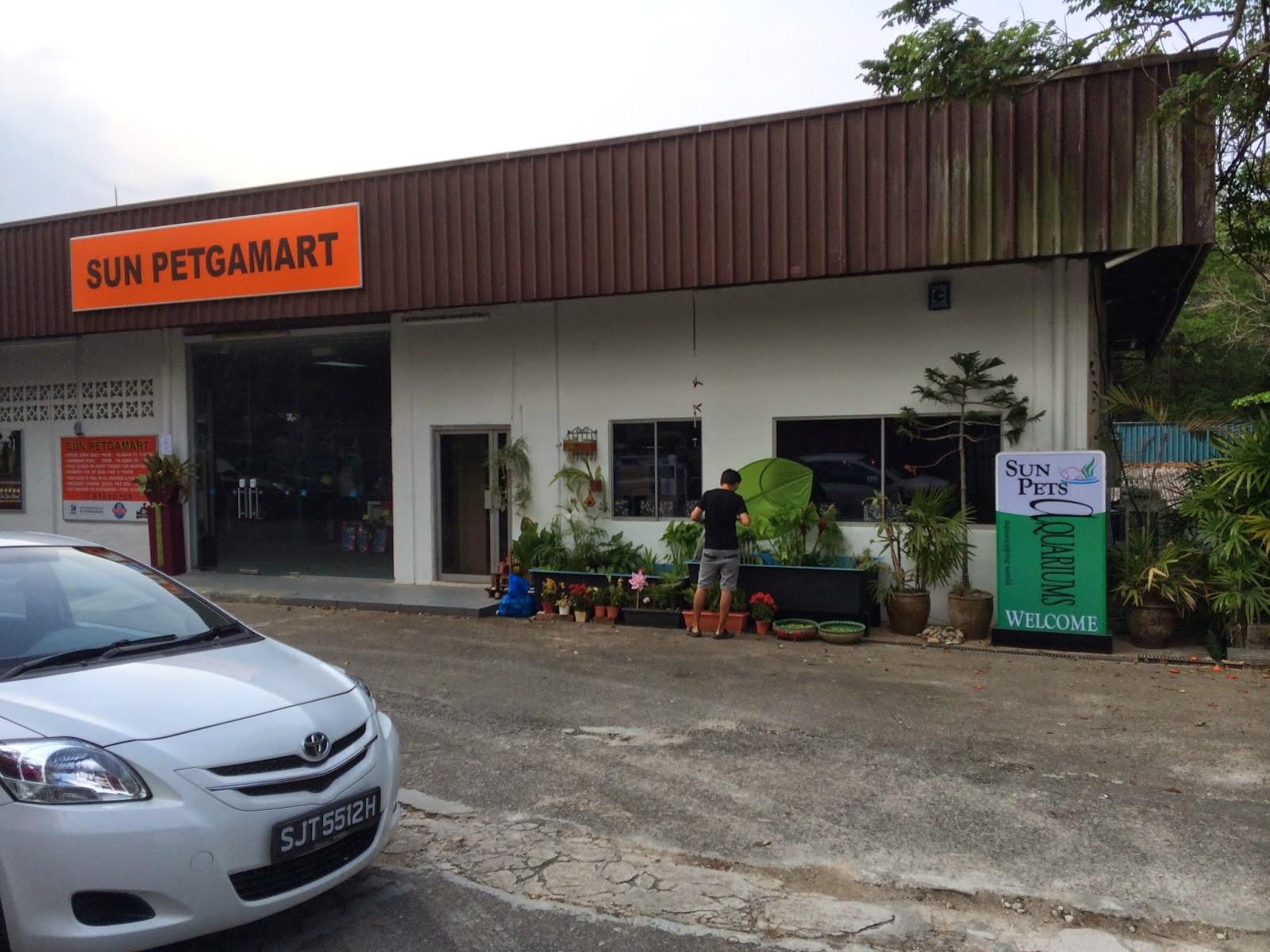 As we entered the building, a small but beautiful aquarium shop greeted us, Sun Petgamart was located just beside, it was huge and spacious! We looked around, not much customers were around though it was on a weekend, it might've been because not much people know about this place as they had just opened, most of the customers brought their dogs along though. A lady then approached us to ask about Amber, we then spoke for awhile before starting to shop, we took the cart and noticed there were 2 compartments - one on the top and one below, right away we placed Amber in the top compartment and started shopping! Amber was unsure at first but she started to enjoy the ride after a couple of minutes, Sun Petgamart had a lot of varieties for dog food and treats, however for accessories it was not as great, the brands are mostly unknown and was of poor quality. For price wise it seemed pretty reasonable, we got some treats and supplies. 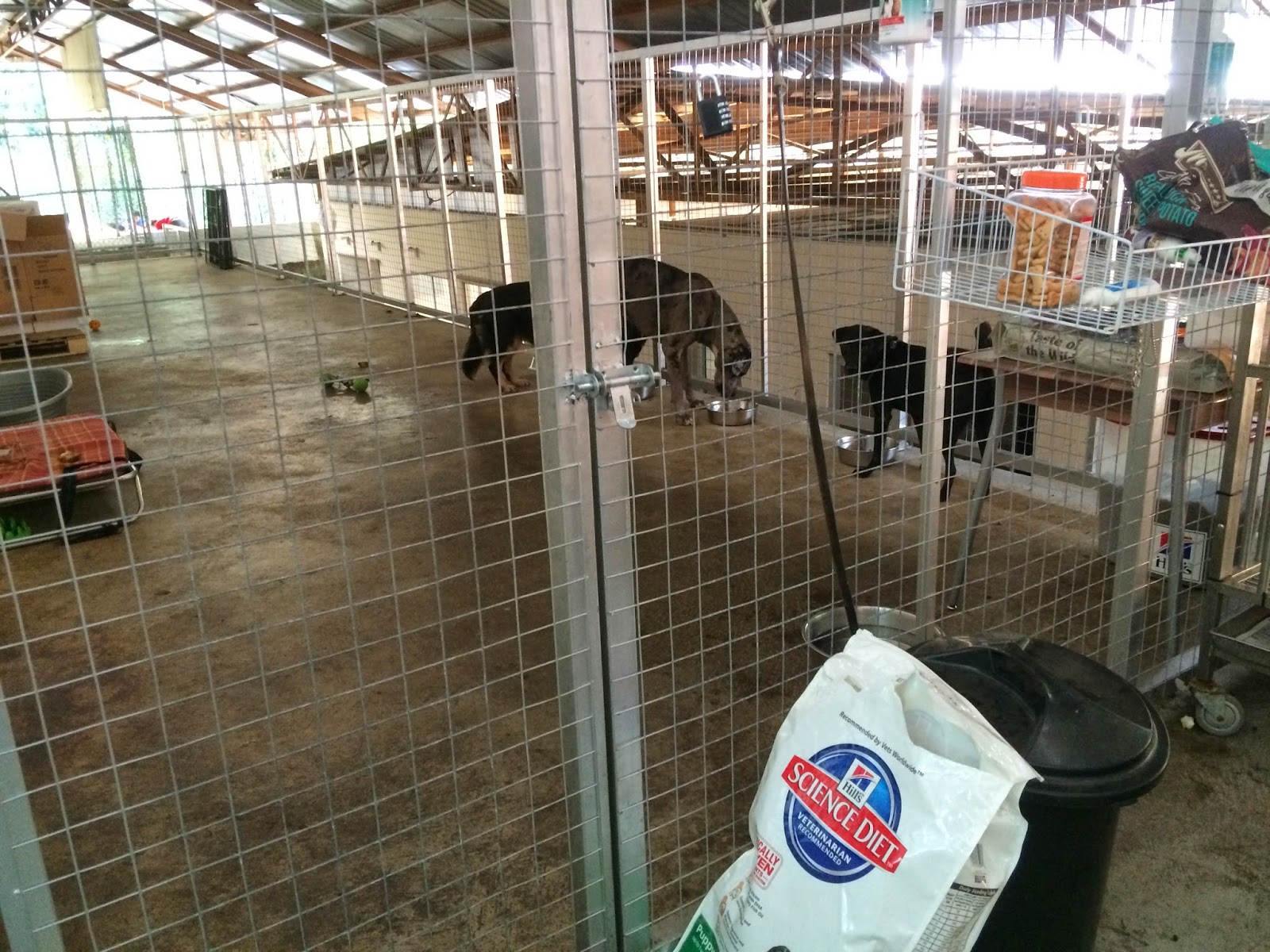 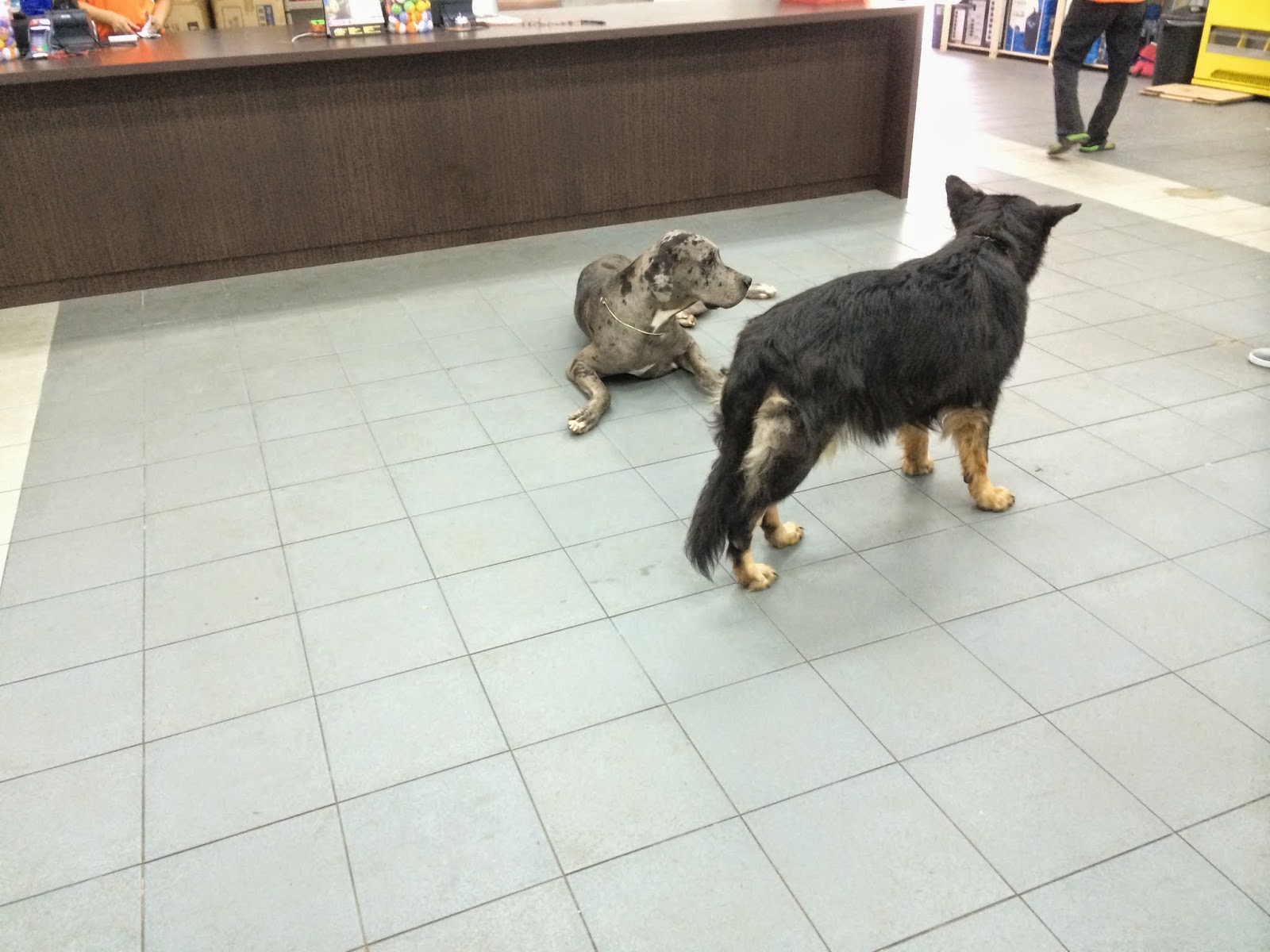 Upon looking at the dry food section, we noticed a backdoor towards the toilet and saw a couple of large dogs, they looked well trained and calm, these dogs were really staying put and waiting when the staff left them in the mart for awhile! Amber started to whine as we left her in the cart and walking away, we rarely see her like this and we thought she was cute, we took some pictures and videos of her before saying no to her behavior. This was also the time we noticed a dog pool nearby, this explains owners bringing their dogs to this place, it gave us a pet movers kind of feel, we did not have much expectations, after awhile we proceeded to make payment. The staff started to introduce the member plan, if we didn't remember wrongly, it was something like $20+ with free use of pool on weekends and public holidays, we are also able to enjoy discounts for items with white price tag. Sounded really great but we did not sign up for the membership, being unsure about the pool and also the area, we wanted to just try for once first and see how it goes. As we looked at the receipt, we were pretty surprised that we were charged GST for our purchased, normally most pet stores include GST in their product's price list, if we were to calculate, nevertheless their prices even after GST were still okay. 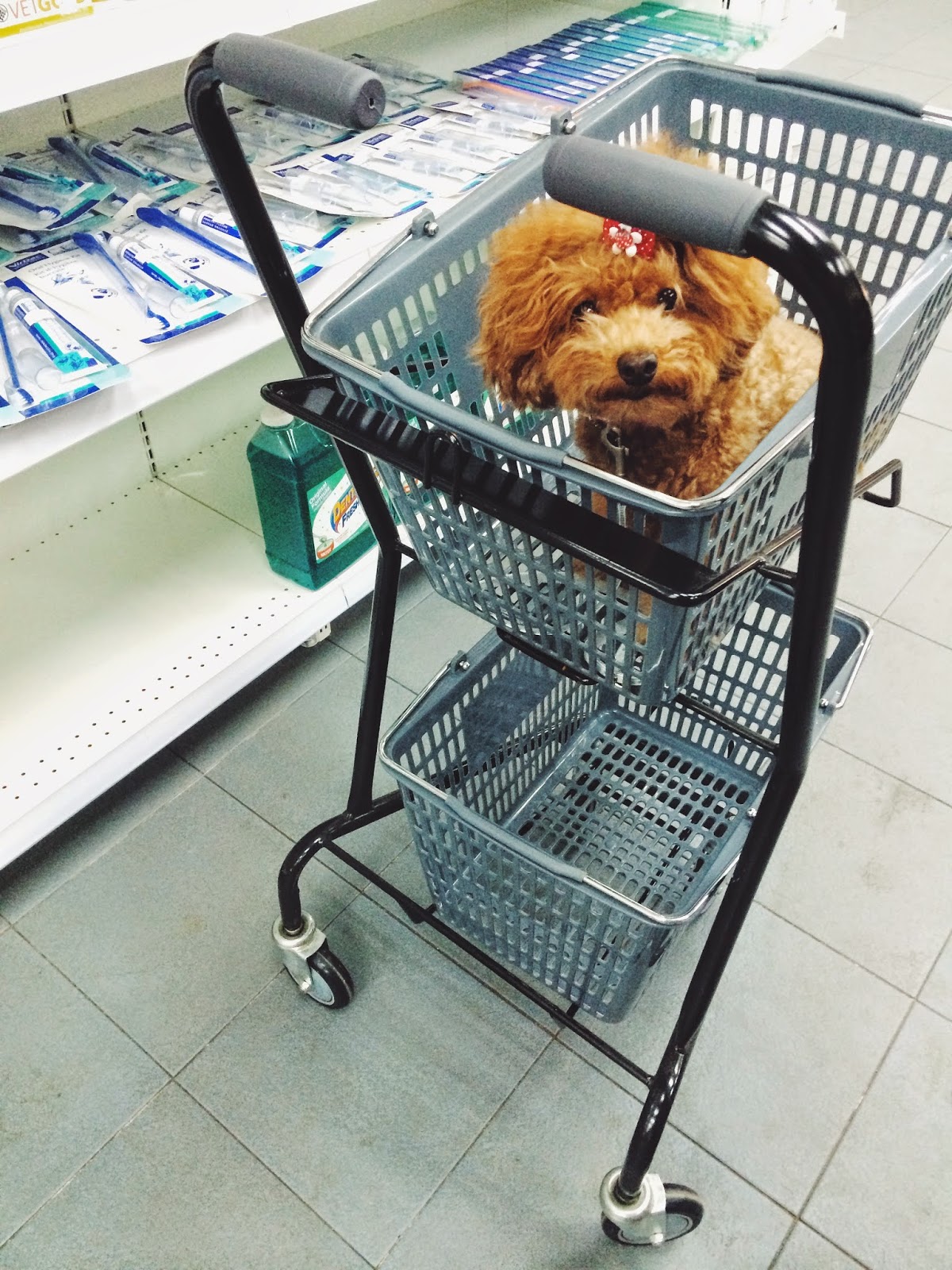 As we got out of the store, we tried to take a peep at the pool but it seemed that the entrance towards that area was locked, maybe it's only opened to people who are members or we could have entered from the wrong gate, we did hear from friends that the pool is pretty clean but we were not here for this purpose. Anyway, we started to walk further out, to see if there were any other pet shops, we started to wander into an area whereby the gate had a signed which said "closed", there was also a caution sign that warned us of dogs on guarding, we could hear a couple of dogs barking, more than 3 in there, we wondered if this was some sort of breeding farm, it looked really run down and smelly, not the smell of garbage but of animal's pee and poo.

As we venture further down the road, there were a lot of fish farms but no signs of dogs or anything related, till we reached a point whereby there seemed to be no more buildings and shops, except for one area where the gate was opened. I walked towards the entrance only to be greeted by a large dog 500 meters away from me, it was a mongrel and not on leash/collar, probably being used by people there to guard property, it was barking and staring at me with vicious eyes, it couldn't see Nicole as her view was blocked by a wall holding the gate, I asked her not to come over. I stood still and stared at the direction of the dog, but not in the eyes, it still continued to bark and even ran a couple of steps towards my direction, I then walked a couple of steps backwards, slowly turned away when the dog's barking seemed to tone down, luckily it did not follow us. 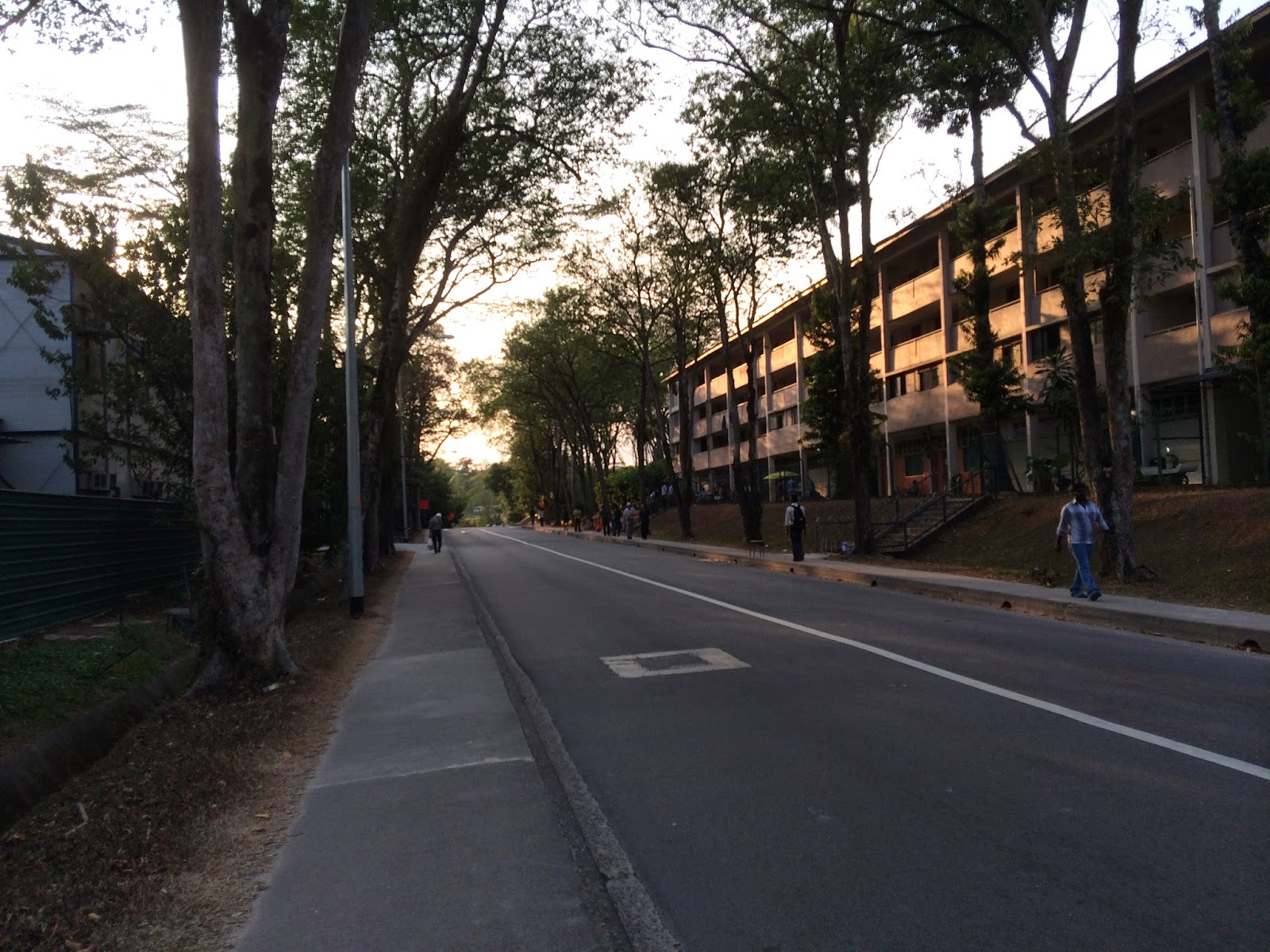 We got out of the place and decided to walk to another side of the Farmway, 4 to 10. As we entered the place, we noticed a lot of foreign workers, they were staring at us firmly, we thought that this probably isn't the time to visit this place, it seemed to be thoroughly under construction, a lot of passages were blocked, the hdb blocks nearby are also fully occupied by workers, we also noticed a couple of stray dogs though some of them looked friendly, we left the place after awhile.

Sometimes I wondered if the AVA is really doing the right thing when they catch strays, though I feel for the dogs knowing that they would be put down, I also feel for innocent people that do not know how to deal with these kind of situations, there are already people bitten by stray dogs and I do understand that reason is because they ventured into their territories, however not everyone does this on purpose, some might just have wanted to cross a certain path or shortcut. In our case this time, we simple wanted to stroll and maybe shop around, who would have expected a large aggressive dog to greet us? This dog might've been someone's pet or it could have been staying in that isolated place for quite awhile, thus guarding the area. If we thought about this, what if it wasn't us, but some other passerby, the dog was obviously ready to charge if not for our responsive reaction to show the dog that we are firm and not threatening, this is just something we hope that people can think about at times. 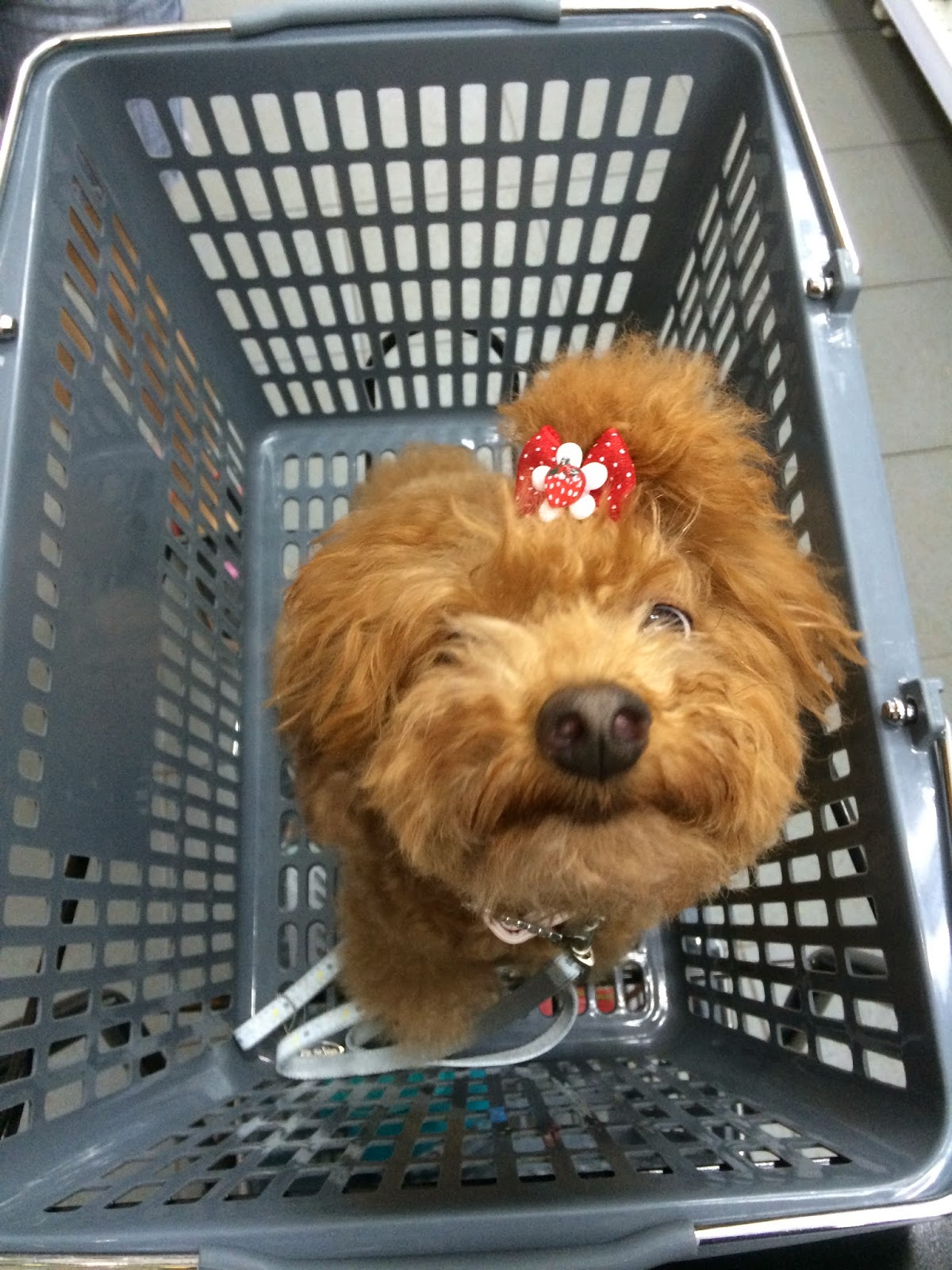 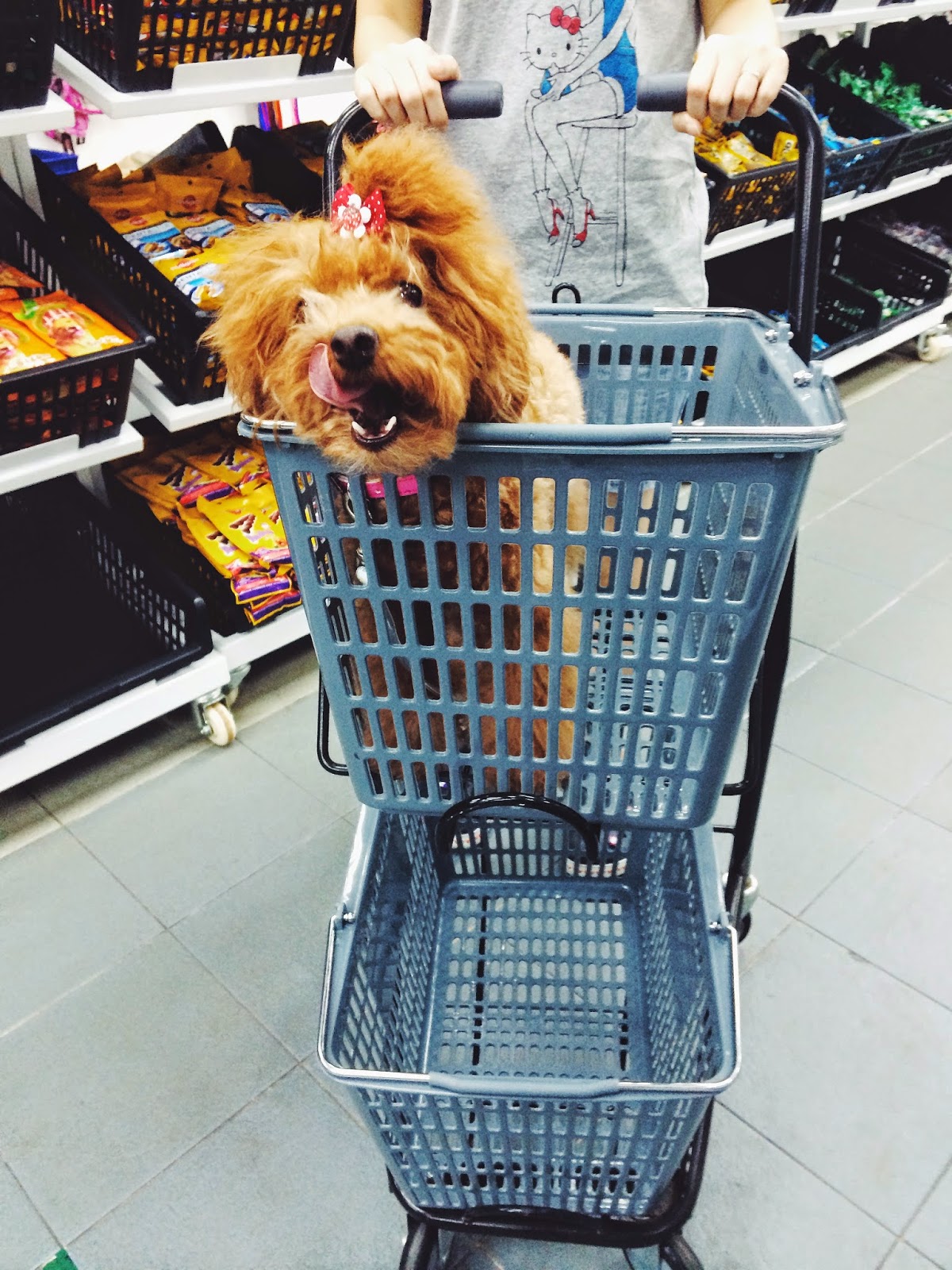 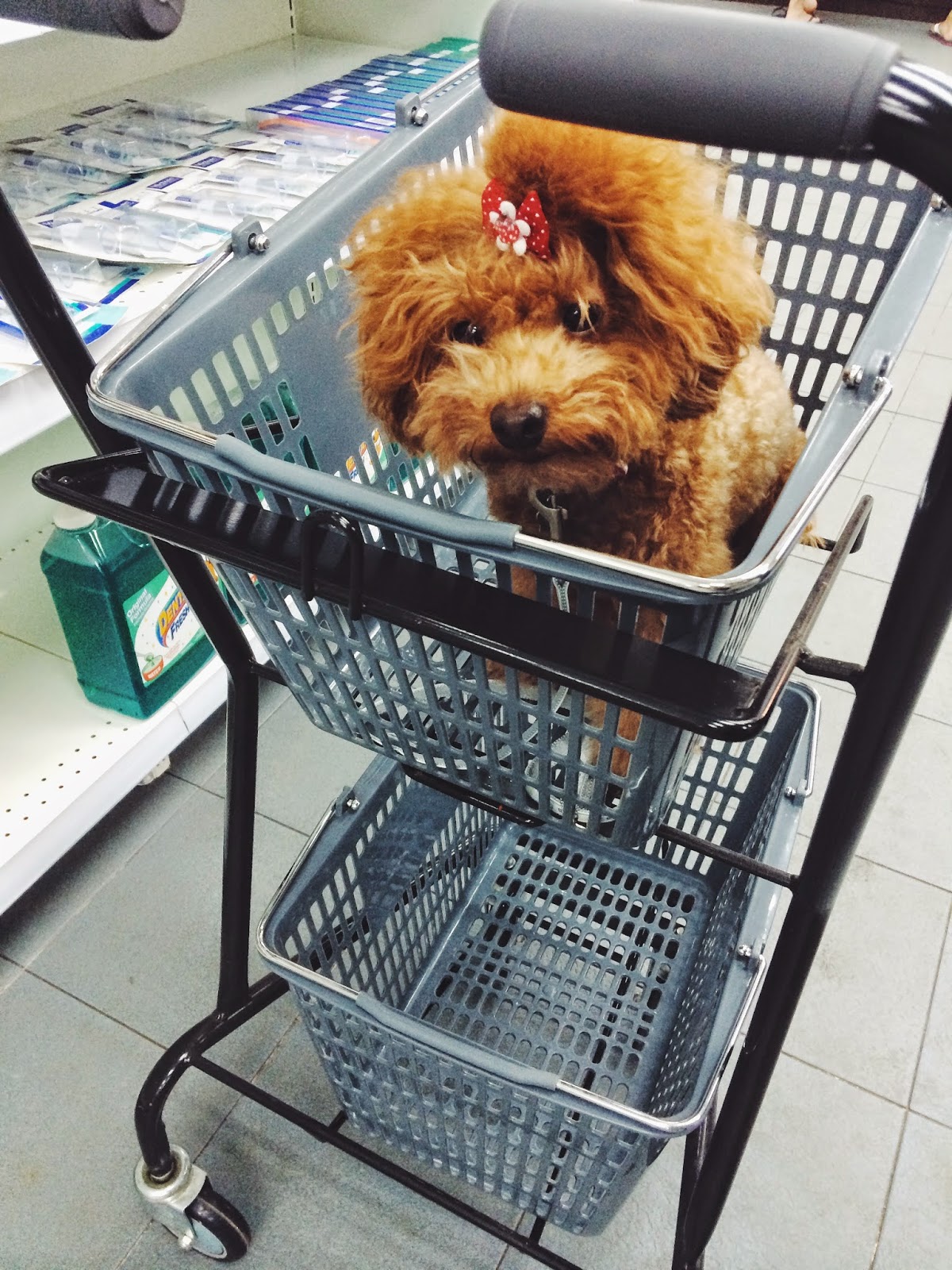 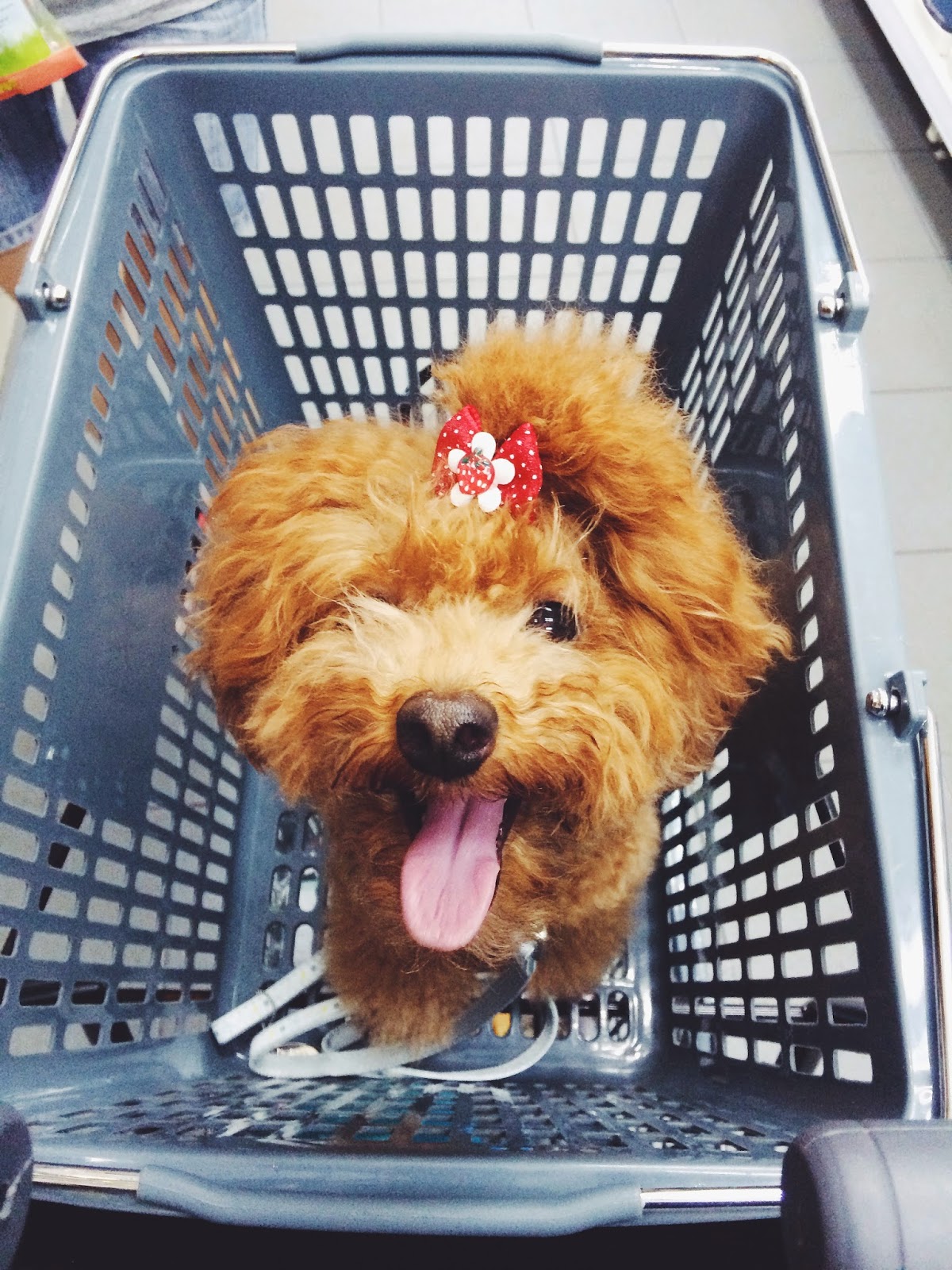 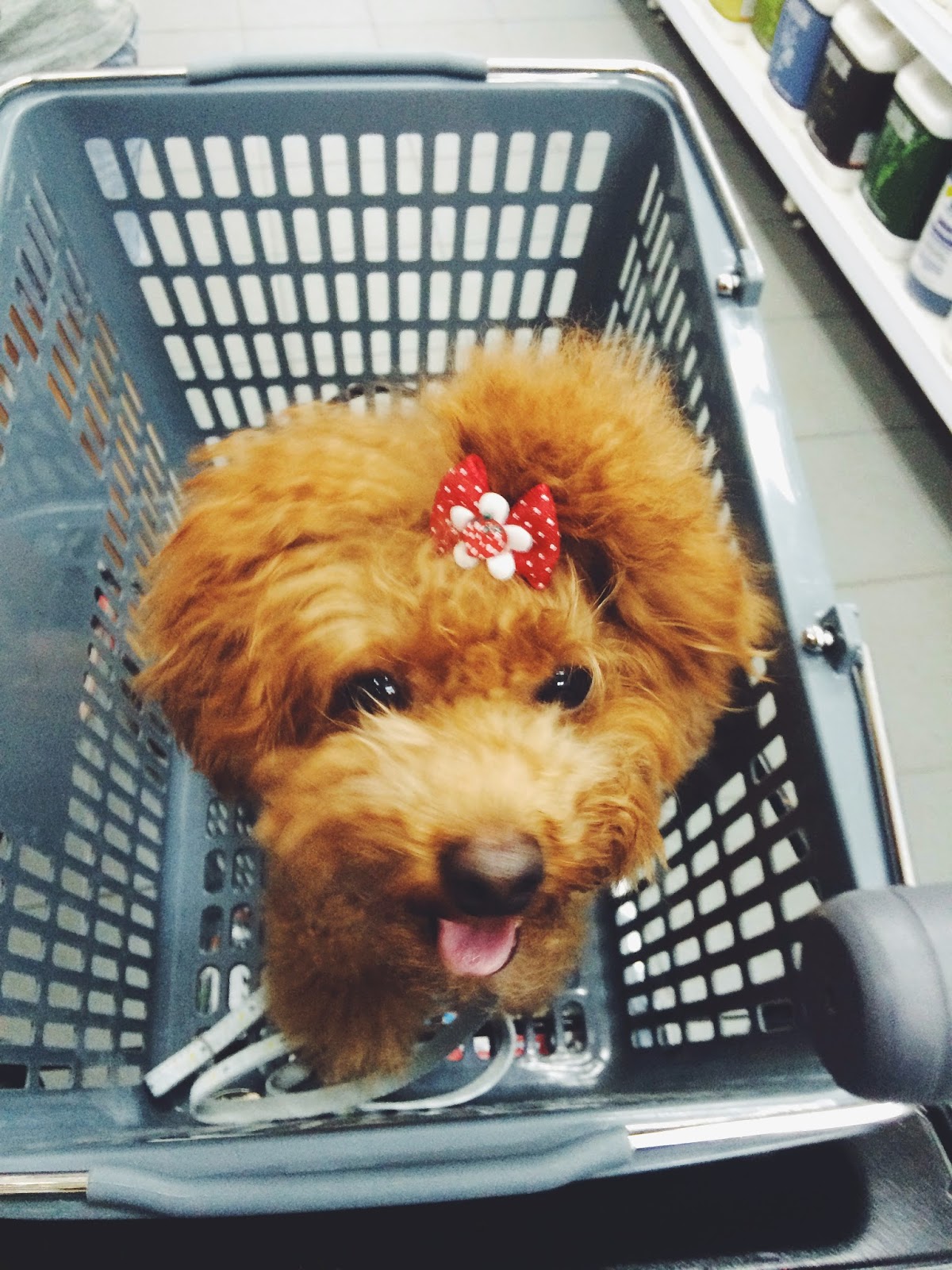