We went to east coast park once again for Pets Corner Event 2013, the weather was great throughout this time round! 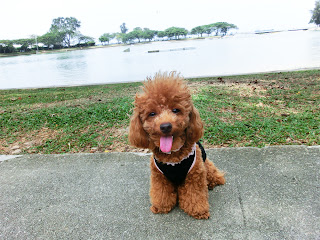 Smiling for the camera, or not!

We traveled by bus and reached around noon, it was sunny but not too hot for Amber to walk on, we walked her for about 5 minutes before letting her off leash to see if she was ready, this was her first time being off leash for walks around so many dogs. Amber actually got excited when she saw other dogs, running over to smell them even when i did not signal okay, i then tried to recall her back, she hesitated for awhile before listening. Amber actually did much better than we predicted, I did not expect her to react to my calls at this stage of her training, after passing by a few dogs she calmed down and did not approach other dogs without my permission anymore, she walked pretty well too (scroll down to last part for video)! When we reached the event booth we bought a bottle of mineral water and gave some to Amber, after resting we moved on into the event area to look through the stalls, there were not much to see or buy from but we could see that they (organizers) had put in a lot of effort for this event, it was spacious enough for dogs to roam and play about, the event stage was also set up neatly. 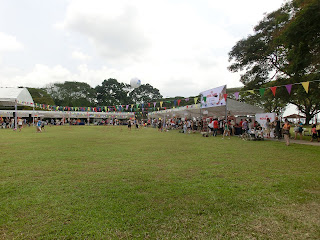 Spacious field for dogs to roam about 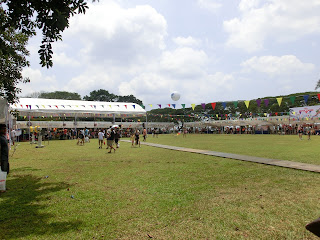 Some of the products sold

At around noon there was a competition of the shortest and tallest dog, a guy and a dog trainer hosted the event, i have seen this trainer a lot of times in dog events, he was pretty bad at talking and wasn't serious throughout, not even when it was Q & A section where audience was asking about dog behaviors and how to overcome them, he'd just joked and laugh at himself even when no one found it funny, i believed this guy is an experienced trainer but it seemed that from the way he talked and express himself, he was more concerned about being funny instead of attending to the audience's questions about dog behaviors. Other than that the events were entertaining, there was a competition where contestants bring their pets up to show what they could do, we saw cats, dogs, rabbits and even a hamster! Even though most of the competitors were asking their pets to do things like shredding newspaper and barking, it was still enjoyable to see something different for a change. When we parted from the competition area we saw someone giving out balloons, i thought it was a good idea for dog events, other people that do not know about the event would get curious and find out what was going on through the balloons people carry, we tied some onto Amber's collar and took some photos! It only got kind of annoying when wind started to blow the balloon onto my face and even tangled up the leash, we took them off after awhile and held onto them instead. 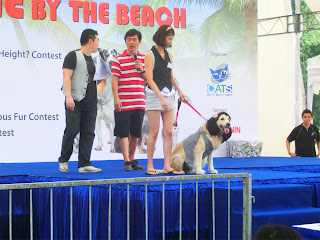 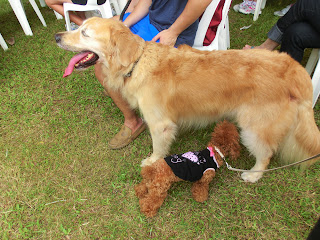 While we were enjoying the show.. 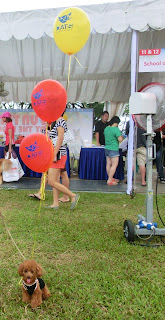 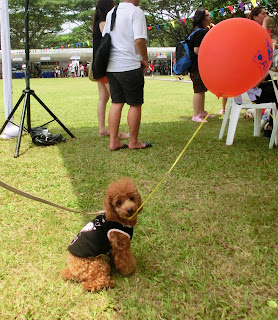 
We got to meet Shinee and his family at the event, he had a new funky hairstyle! When we saw Shinee, he was really excited about other dogs, jumping around just like Amber when she was younger, however when he saw Amber he didn't seemed to remember her or even showed any interest in her, he just walked pass Amber without giving any attention. Shinee also seemed to have forgotten about us, it was probably too long since we last met, which was during the boarding a couple of months ago. We spoke for awhile with Shinee's owner, also got to meet their daughter whom we have seen visiting and commenting on Amber's YouTube channel! Hearing from them that they were interested in a brown poodle that participated in the competition, we went over to meet the poodle's owner and found out that it was imported from Taiwan, costing about S$3000, the owner seemed to mention that this poodle was a teacup, which we thought it looked like a toy poodle, we've seen teacups and remembered that they were much smaller, nevertheless the poodle had very nice coat color, proportionate body structure and was healthy looking. 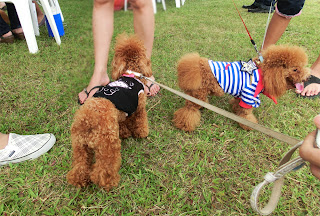 Shinee on the right! 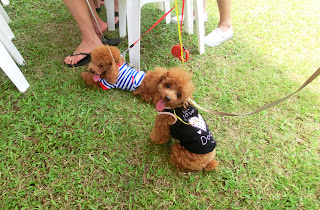 Amber posing in front of Shinee 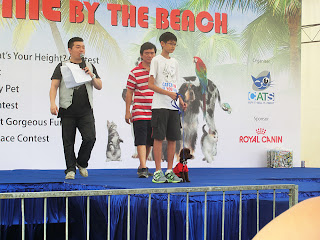 The brown poodle, so chocolatish that it looked almost black

We got hungry and went off for lunch, parting with Shinee and his family, they seemed to have really loved and took good care of him! When reaching the famous food court at east coast, we saw a lot of owners bringing their dogs into the place even though there was a sign that says no pets allowed, we do bring Amber into places that do not allow pets, but we'd always put her inside the carrier before bringing her to these places, those people we saw just brought their dogs in openly without any guilt! Even though it is good to tell people that pets should not be barred everywhere they go I personally felt that as a pet owner we should also do our part by taking consideration of other people, some dogs actually barked at passer-bys, some even shared food with their owners on the table, they should understand that Muslims are not supposed to be in contact with the saliva of dogs! Well anyway we placed Amber in the carrier but left the front area open, she could move her head freely, she kept sniffing at our food while we were eating, we looked at her cute puppy eyes for awhile and continued eating our food. 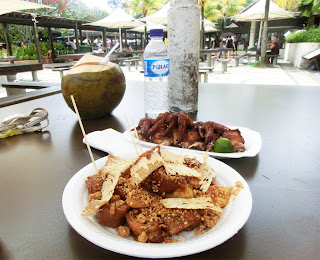 mmm, one of our favorite place for food!

After finishing lunch we brought Amber for a stroll in the beach, we sat together on the rocks and felt the sea breeze for a while, Amber seemed to enjoy it, though at times she would look as if she was blown away by the wind! We held her on a leash throughout though, after resting we left and walked her along the sand, she was not used to it and got a whole load of it in her mouth, she even choked for quite a bit. We cleaned up the sand on her face and mouth, let go the balloons on our hands and left, it was an enjoyable trip! 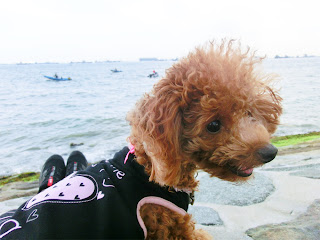 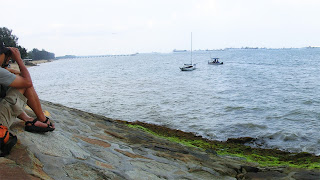 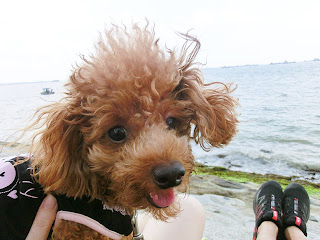 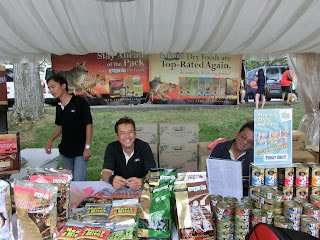 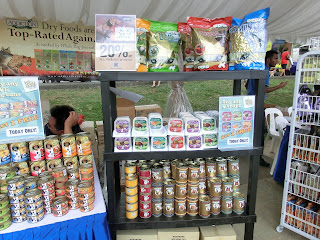 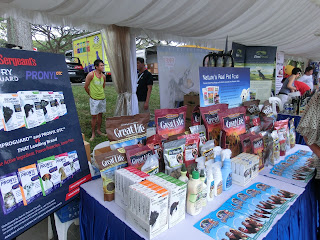 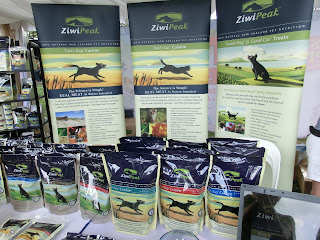 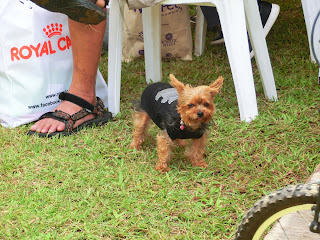 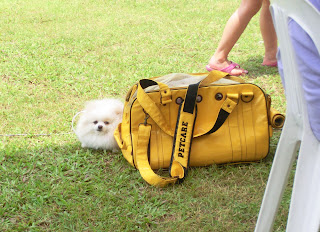 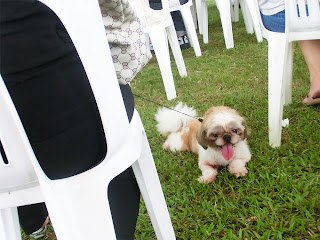