March 06, 2012
04 Feb, my husband's colleague decided to get another puppy so he drove us to Pasir Ris Farmway to look for puppy since we wanted one as well. He already has a 1 year Male Yorkshire Terrier so he was looking for another breed to accompany his Yorkshire. The farm was really hard to get to if you do not drive a car, unless you don't mind calling a cab. It's in the deepest part of the road and there ain't any buses around. When we first went to the first shop at farmway 02, we met a very stuck-up pet owner. Very "hao lian(proud)" with his puppies and even said all his prices are very CNY, all ended with $xx88 which means good luck for the Chinese people. We saw a pretty red toy poodle but it was sold, so the shop owner told us to buy his other puppies instead since all his puppies are so-called "high quality". I think that shop was kinda overpriced for every puppy that he quoted. 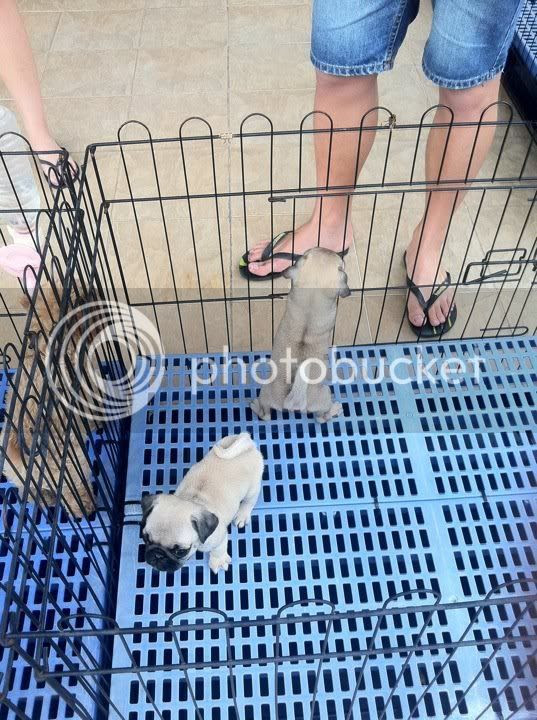 One of the pups that he was selling, poodle was just besides it, seeking for attention

So, we decided to go to the next shop, just beside. The 2nd shop was more smelly, the puppies were all barking aloud and I wasn't sure they were too excited or unhappy. But we could tell that the environment wasn't that pleasant for keeping little puppies. So, we went to another shop again and again and again, all the other 5 shops that we went were all horrible. 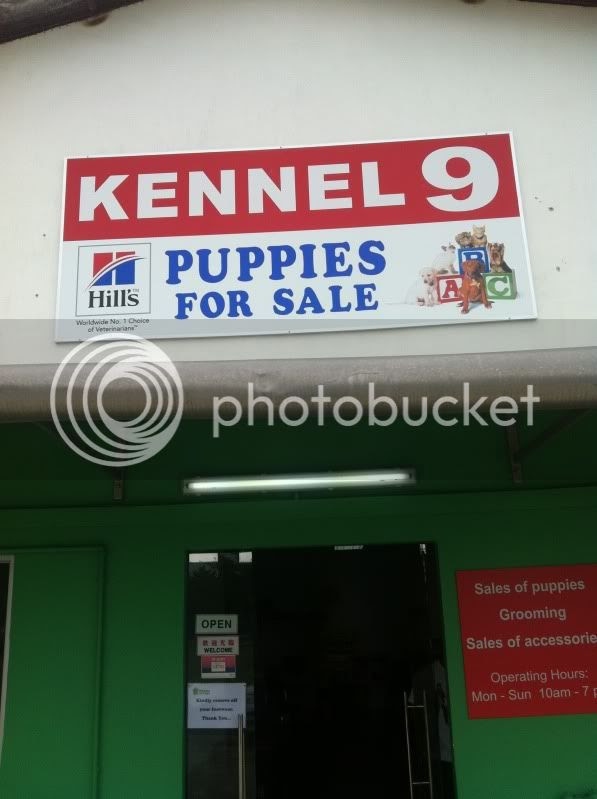 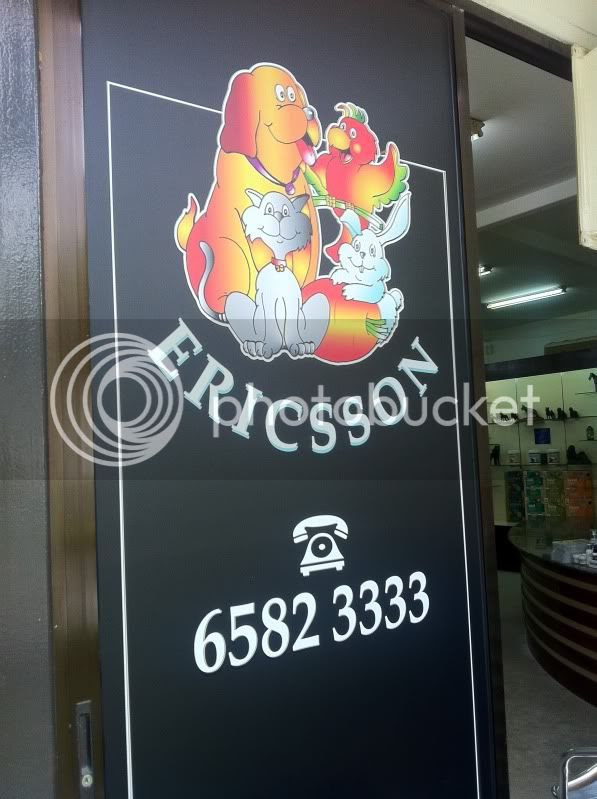 Some of the shops that we visited. We were not allowed to take photos inside.

I was surprised! I did not expect to see such poorly-maintained shops all over the pet farm. I guess that's why it is called "Farm" coz the people there only know how to breed and sell out, then breed again, not giving any affection or care to their little pups. Just like farmers doing their crops. Plant the seed, give them food and water, wait for it to grow then sell it out quickly and then plant new seed again. Anyway back to searching for pups... After hrs of traveling from one shop to the other, (I guess about 4 hrs or so?) We finally found a decent shop. This shop sells mostly Toy Poodle, (Well, Pet farm really has lots of toy poodles) and it was my first time seeing a Silver Poodle. The pup's color was pretty dark, more like gray but the seller told me that when it grows up to adult, its color will change into lighter tone and will look like light-gray/silver. She even let me carried this little fella and it was my first time!! The pup felt so small and soft on my arms, licked my hands a few time, looked at me with those watery puppy eyes....OMG! SO CUTE! I really had a rush to bring her home immediately.... but knowing that it's a long term made me stop this action. Thank you, my conscience. At that time my husband and I still wasn't really sure whether to get Maltese or Toy Poodle. But after holding a Toy Poodle and read more books about this breed. We finally decided to to get a Toy Poodle instead of Maltese.......

P.S: My husband's colleague bought himself a Malti-poo, a Maltese & Toy poodle mix, actually he prefered a Red Toy poodle but his gf kept nagging him to get that Malti-poo, so it was more like getting that pup for his gf. Her name is MaryJane! Haha! 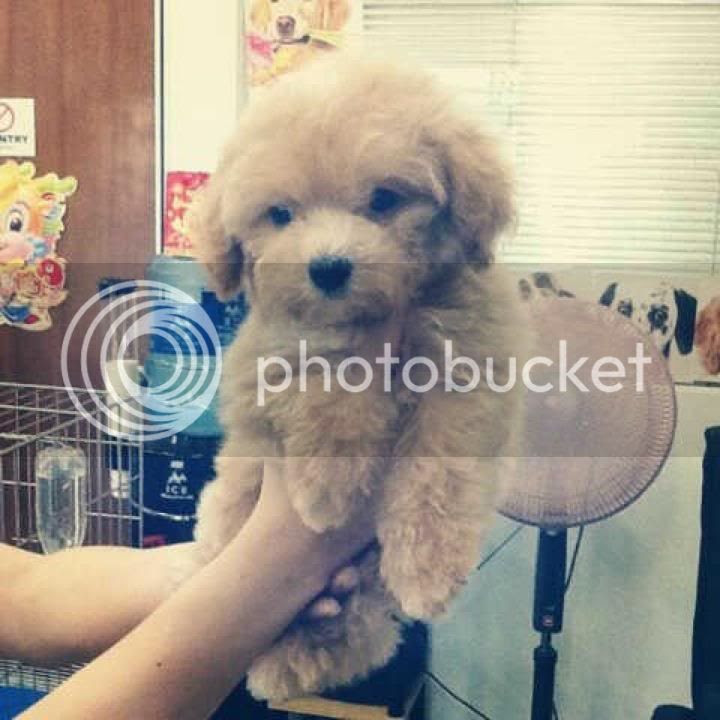