June 07, 2014
We would like to share some updates about Amber, her progress as well as the obstacles she faced during these period of time. We were training her to be a semi working dog, to look after other dogs and help them learn good habits.

To adapt Amber to look after a bigger area, we increased the size of her den, Amber's den used to be a 3x2 feet crate but now she is allowed to roam the whole room, it took her about a week to get used to the bigger space. Things were not so simple during the first week, Amber got nervous and would get startled easily because of the big space, she became rebellious and even turned aggressive towards us a couple of times during correction. Dogs need dens to feel secure and safe, they guard this place like their home, they also eat and sleep there, when you give a dog a bigger space, they will treat that whole space as their den, this is when they feel stressed out. If you know how to read a dog's body language, you will find that they will become much more paranoid and anxious when given a big space, some would start to show symptoms like aggression, hiding in corner, barking at the door etc, this was the same thing that happened to Amber, plus that being a high energy dog made things harder to control. However, the difference was that we knew what we were doing and had taken a lot of precautions and effort to get her over this problem, within 2 weeks of strict training she got used to the bigger space. During the training process she also had other behavior problems surfacing, some of them were:

It took about 3 months of continuos training before Amber showed results, we monitored her very closely and would correct any unwanted behaviors even if it's subtle, we have to admit that this was not as easy task but it was worth it! By giving Amber a bigger space, we also had to set her as the leader (among the dogs) to take care of others, this includes correcting them when they are in the wrong, ignoring unwanted behaviors, calming anxious dogs down and also informing us whenever something is wrong. Though Amber might still be confused at times due to being inexperienced, we could now see her enjoying her new role and trying her best to keep calm in times of need, she still has trouble differentiating the room from the house though - sometimes she would mistook the living room as her den, thus pawing at us or giving 1-2 barks whenever there are weird noises outside, this is something that is still ongoing training but overall she is more or less there.

Other than that, Amber's commands are consistent both at home and outdoors though she still has issues with her tail sensitivity, which affects her walk and confidence, we can see she is doing her best to concentrate during walks and we are very satisfied with that considering her situation. Amber currently understands more than 20 words which includes commands and tricks, she also knows a couple of hand signs.

Here are some of her weaknesses that we are still helping her to improve day by day:

Tail sensitivity
It is getting better but the problem is still pretty obvious, this causes Amber to get frustrated and walk sideways, though treats and praises are slowly helping her to overcome this problem, we expect it to be there forever as it is not only her mind that is affecting her - her tail was docked too short by the breeder, thus causing her to be sensitive and losing confidence when her back is affected either by touch or wind.

Resist approaching/pawing strangers
Amber is a hyper active dog that loves human a lot, the main contribution of this habit is other strangers, who always like to welcome her excitement and pat/play with her when she is not behaving properly. We do try to advice people but a lot of them simply don't care, this actually slows down the training and we understand that, she probably needs more time!

Getting anxious when someone is outside the house
After giving her a new job, Amber would sometimes try to be a "busybody", she will try to guard the whole house by giving a soft bark or run to us and paw for attention whenever there are strangers outside, though this is something a lot of advance trainers want to accomplish, we do not appreciate it as of causes the dog to guard the place 24/7, this is very stressful although the signs are not obvious.

We always alter training methods depending on the ability of the dog, never try something because other people do that, you need to understand your dog's strength and tolerance level before planning a trial. Dogs love to be challenged so always find new things for your dog to learn, it can be as simple as practicing a new trick as long as their mind is constantly stimulated. Amber will be 3 years old this coming December, after training her on the new role, she became much more calmer than before and would even rest on our laps at times, if you had followed our blog, Amber is a dog that never settles down, she loves running around and playing with people and other dogs, pats and hugs were not for her in the past but now she would sometimes initiate pats by pushing her head towards our hands, she would also lay on our laps when we are resting. 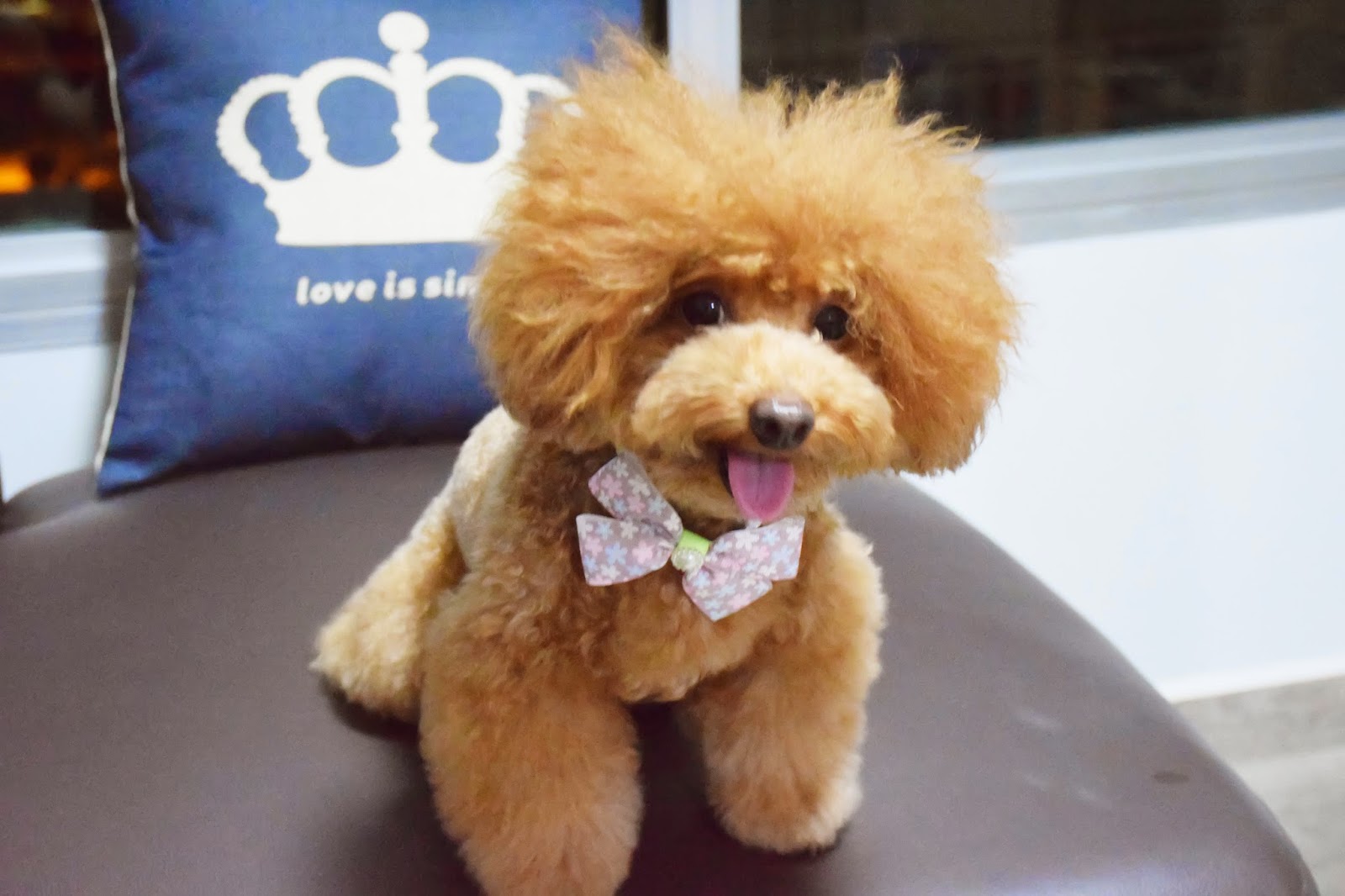 Never stop training your dog because they never stop learning!

September 12, 2013
Many owners, especially first timers have no idea how to take care of their dogs after spay/neuter operation, owners that do not know what to expect could easily be traumatize by the experience along with their dog. This is why we have decided to come up with a tutorial on how to take proper care of your dog during the healing process. Before deciding on spaying/neutering your dog, it is good to first read up the pros and cons of doing it, don't spay/neuter your dog just because other people do it, check it up, study about it and take some time to decide. Amber at 6 months old
5 comments
Read more